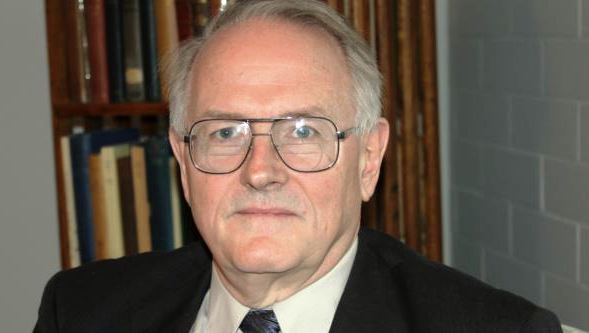 It is time to give Nevil Chamberlain a rest as the sole poster child for appeasement. Yes, he appeased Hitler in a hopeless quest to avoid war. He even was honest enough to say that was what he was doing. But when Hitler violated Munich and seized all of Czechoslovakia, he offered security guarantees to other countries who felt threatened.

It is time to give Nevil Chamberlain a rest as the sole poster child for appeasement. Yes, he appeased Hitler in a hopeless quest to avoid war. He even was honest enough to say that was what he was doing. But when Hitler violated Munich and seized all of Czechoslovakia, he offered security guarantees to other countries who felt threatened.

Then, when the Nazi leader invaded Poland, Chamberlain listened to those in his own party who demanded he stand up to Hitler, brought Winston Churchill into his government, and declared war. And in the months that followed, months that some called “the phony war” because Hitler paused before moving West, the British prime minister promoted rearmament.

As wrong as Chamberlain was to think that he could win by appeasing a dictator like Hitler, he actually looks remarkably statesmanlike in comparison with some contemporary heads of state.  When Vladimir Putin invaded Ukraine and seized Crimea, they refused to take action or even use those terms, even though he now takes very public credit for what he did.

When they rushed to Minsk to reach an agreement that Putin then ignored, they decided that the best course was to go back to Minsk and sign another agreement, even though the Kremlin leader was violating it before the ink was dry, allowing Putin’s forces to continue their expansion into Ukraine.

And when Ukraine asked for weapons to defend itself against Russian aggression, they worried more about not offending Putin than about protecting a democratic country from an invader and if yesterday’s reports are to be believed finally decided not to provide such arms to allow Ukraine to defend not only itself but the principles on which the West says it operates.

At every step of the way, these Western leaders have argued that the situation now is different because “Putin isn’t Hitler” as if that were the relevant standard and because Russia’s possession of nuclear weapons means that they can’t stand up to him, thus sending a dangerous message to Iran and others that if you have such weapons, you can do what you like.

Moreover, they have assumed that economic sanctions are an indication that they are in fact “standing up to Putin,” even though it has long been established that the Kremlin leader doesn’t care what happens to his own people and will only use their suffering to build up his power by blaming everything on the West.

And Western leaders have comforted themselves with the notion that the increasingly short attention spans of their electorates will mean that no one will talk about Ukraine as soon as it disappears from the news. At least, in the 1930s, what Chamberlain was doing is because neither he nor anyone else could forget what had happened in the trenches of World War I.

At the beginning of September 1939, when Chamberlain still was trying to find a way out short of war, Churchill famously complained that the Poles had been suffering and dying as a result of Hitler’s aggression for three days.  One should ask oneself: how many months will the Ukrainians suffer until the West acts as well as Chamberlain finally did on September 3rd?