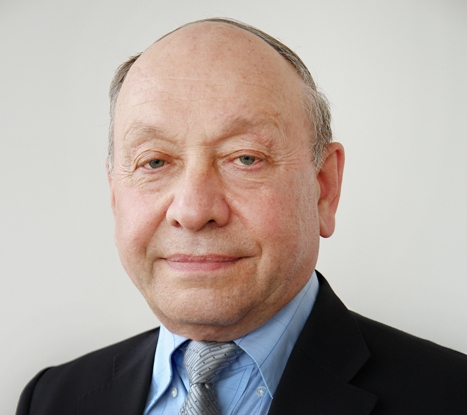 Russia's war against Ukraine, and occupation of Crimea and certain areas of Donetsk and Luhansk regions by Russian troops, mercenaries and insurgents, forces us to review and update our approaches to organizing and implementing Ukraine's cooperation with NATO and its member countries.

Russia’s war against Ukraine, and occupation of Crimea and certain areas of Donetsk and Luhansk regions by Russian troops, mercenaries and insurgents, forces us to review and update our approaches to organizing and implementing Ukraine’s cooperation with NATO and its member countries.

The effectiveness of this cooperation is largely held back by insufficient support and control on the part of the society, as well as substandard state management.

To overcome these and other flaws, the following steps are recommended.

The President of Ukraine has initiated a constitutional reform. With consideration to that, it would be feasible to record the European and Euroatlantic vector of our country in the Constitution. Furthermore, it would make sense to abolish the Constitution provision that forbids establishing foreign military bases in the territory of Ukraine.

These steps would be a response to Moscow’s attempts to force Ukraine to assign itself a federal structure and non-aligned status in the Constitution. Additionally, constitutional entrenchment of Ukraine’s European and Euroatlantic integration vector will prevent the latter from being abolished through reconfiguration of the Parliamentary coalition and specific amendments to appropriate laws of Ukraine. It is worth reminding that this was the exact method used to assign our state non-aligned status in 2010.

This will also create legal grounds for Ukraine to receive international military aid in case of Russia’s large-scale aggression, and for foreign troops to be stationed in Ukraine before it acquires NATO member status.

Recently, the Head of State declared that a national referendum may be held. In view of that, it would be feasible to include the matter of Alliance membership as one of the referendum’s questions. We are certain that today, the Ukrainian people will support this course of action. This would put an end to Moscow’s speculations about the alleged illegitimacy of our state’s legislated Euroatlantic integration vector. It would also become an important argument for convincing the heads of individual Alliance member states who still have a negative view on the idea of Ukraine’s NATO membership.

Implementing the Euroatlantic course must become a top-priority domestic task for all state authorities of Ukraine. Instead of slogans, words, and calls to action concerning NATO membership, which are often heard from our government officials, we need thorough work towards this goal, on the part of executive authorities, leadership and personnel of the Armed Forces, other power ministries, etc.

The above work by the government authorities must, first of all, be aimed at achieving the criteria that Ukraine must meet in order to become an Alliance member. Those efforts and their results must be included among the main goals of reforming Ukraine’s defense and security sector.

In today’s Ukraine, it is difficult to talk about government management in the issue of Euroatlantic integration. After all, the chair of the First Deputy Prime Minister has remained empty for almost a year now, while a war is on. It is worth pointing out that the above official’s authority includes the issues of improving the state’s defense and security capabilities, equipping the Armed Forces, operation of the defense sector, and cooperation in the military sector, the defense industry, and the military-technical sector.

Therefore, the Government Committee on the Issues of Defense, Defense Industry, and Law Enforcement, which must be headed by the First Deputy Prime Minister, is operating inefficiently. According to the provisions of the Coalition Agreement, an Interdepartmental Commission on the Issues of the Defense Industry Development must be created in the Cabinet of Ministers of Ukraine, operating as an advisory and consultative body. These provisions are yet to be implemented.

Furthermore, the First Deputy Prime Minister must ensure appropriate organization and effective coordination of the use of increasing amounts of expert, consultative, financial, material, technical, and other aid required to improve Ukraine’s defense capacity and provided to Ukrainian ministries and other central executive authorities by NATO, the European Union, and their member states. Due to lack of such organization and coordination, the resources of the five trust funds created by the Alliance for Ukraine are not being utilized adequately. The trust funds were created with the objectives of modernizing the command, control and communication systems of the Ukrainian Armed Forces, reforming their logistics and standardization systems, ensuring cyber defense to Alliance standards, and retraining, social adaptation, and psychological rehabilitation of military servicemen taking part in combat in Donbas.

We believe that Ukraine should put forward to NATO a suggestion for reviewing the format of cooperation. In the current military and political climate, neither party requires cooperation for cooperation’s sake. Instead, the objectives and measures in the scope of cooperation should be made more concrete and pragmatic.

For example, it would be feasible to abolish the Annual National Program of NATO-Ukraine cooperation and replace it with a document that would:

–                     include measures in the spheres of defense, foreign policy, military policy, military-technical sector, logistics, resources, and others, to be implemented by Ukraine in order to satisfy specific criteria for Alliance membership and to facilitate improvement of our state’s defense capacity in the presence of a real threat of large-scale Russian aggression.

This document could be titled the Plan for Ukraine’s NATO Membership Criteria Satisfaction.

Among other things, it would allow any Ukrainian to finally comprehend the substance of the above criteria and the benefits from their achievement. The Plan would also enable the Parliament, political parties, and non-governmental structures to control the actions of the government aimed at bringing Ukraine closer to the Alliance membership criteria.

Unlike the existing Annual National Program, the Plan should not duplicate the list of measures included in the Plan for Implementing the European Union – Ukraine Association Agreement, approved by the Cabinet of Ministers of Ukraine.

The authority to ensure creation and implementation of the military and military-technical policy is vested in the Ministry of Defense of Ukraine. Unfortunately, after six months of work, the leadership of this institution has so far failed to provide suggestions on the principles, priorities and directions for state policy in these spheres. Given that fact, it would be unwise to assume that the defense authorities have chosen adequate and pragmatic directions for Ukraine’s military, military-political, and military-technical cooperation with NATO and the EU.

At this time, Ukraine also lacks a system for state management of the defense industry.

To correct the above flaws, it would be feasible to put the following recommendations forward to the President of Ukraine, the Prime Minister of Ukraine, and the Parliamentary Coalition of Ukraine:

–                     create the Council on the Issues of Operation and Development of the Defense Industry of Ukraine, as an advisory and consultative body in the Cabinet of Ministers of Ukraine (to meet the requirement of the mentioned Coalition Agreement provision); the Council is to include leading general designers of armaments and military equipment, heads of appropriate departments of central executive authorities, directors of leading defense facilities of all property forms, governmental and independent experts, etc;

–                     reorganize the State Space Agency of Ukraine into a central executive authority, for example, the State Agency for Defense and Space Industry and Military-Technical Cooperation of Ukraine (“Agency”), to be coordinated by the Cabinet of Ministers of Ukraine through the First Deputy Prime Minister of Ukraine;

–                     appoint the Agency responsible for ensuring creation and implementation of the government defense order, and to cooperate with NATO and the EU’s European Defense Agency, within its scope of competence;

specialist of the National Institute of Strategic Research,

advisor of the Expert Council in the Issues of National Security