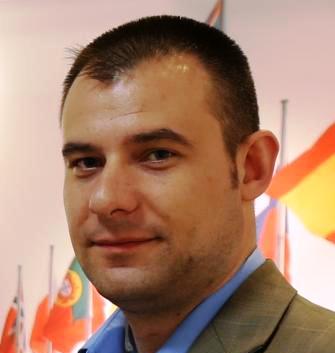 The illegal Annexation of Crimea by Russia has turned the peninsula not only into a military base, but also into a territory where such concepts as human rights, freedom, and security, are nothing more than empty words.

The illegal Annexation of Crimea by Russia has turned the peninsula not only into a military base, but also into a territory where such concepts as human rights, freedom, and security, are nothing more than empty words.

The problem is aggravated by the fact that despite the egregious violations of all possible rights and freedoms of Ukrainian citizens on the occupied peninsula, international human rights organizations seemingly ignore this for some reason. Sadly, there is no relevant response from the Ukrainian side either.

As a consequence, the Russian aggressor remains unpunished, thus encouraging him to further crimes against the Ukrainians. One recent example of this is kidnapping of Ukrainian citizen Yevhen Panov by the Russian special services.

The persecution of Ukrainian citizens began with the advent of the so-called Crimean Spring to the peninsula.

Kokurin was killed during the assault on his military unit, whilst Karachevskyi is a prime example of the arrogance of Russian military personnel who can, with impunity, shoot a Ukrainian officer to resolve a domestic conflict.

Moreover, in order to cover their tracks, the witness of the murder – another officer of the Armed Forces of Ukraine – was taken by force from the crime scene. And as it turned out later, was subject to interrogation by the representatives of the Federal Security Service (FSB) and the Investigative Committee of the Russian Federation. However, before experiencing the traditional methods of FSB questioning, the witness of the murder of his friend was brutally beaten up by Russian soldiers.

Whilst the Ukrainian media published news about the tragic events, Russian journalists, as well as the authorities of the Russian Federation, remained silent. Only after the Russians decided to attempt to justify the shooting of the Ukrainian men, did the situation change.

All blame was laid at the doors of Ukrainians, and as a result, for those citizens who stayed on the peninsula, memories of the periods of total terror and ethnic cleansing of 1937-38 and 1944 were revived.

So, almost immediately after the so-called referendum in May 2014, in Simferopol the employees of the Russian occupying security, defence and law enforcement agencies illegally detained three Ukrainian citizens Sentsov Oleh, Gennadiy Afanasiev, Oleksiy Cherniy and Oleksandr Kolchenko. They were charged with “preparing acts of terrorism” in Simferopol, Yalta and Sevastopol to destabilise the political situation on the peninsula.

The Russian investigation has failed to provide any strong evidence of their guilt.

However, this didn’t prevent Russia’s courts from condemning the Ukrainians to long prison terms. Afanasiev and Cherniy were sentenced to 7 years in prison each. Sentsov received 20 years of penal strict regime colony, and Kolchenko 10 years. In addition, they also wanted to deprive the latter two of Ukrainian citizenship to facilitate the fabrication of their cases.

Behaving in their traditional manner, after the invasion of Crimea, the Russian invaders began a massive campaign of terrorising thepeninsula’s indigenous people – the Crimean Tatars.

They went to all lengths: from simple intimidation to physical destruction. The first victim of security officers was Reshat Ametov who was abducted shortly after the occupation. His body was found two weeks later. Later, a few months after that incident, the son of the activist Islam Dzhepparov and his brother Cevdet Islyamov disappeared. They have not been found so far.

Today, after two years of occupation, the situation for the Crimean Tatar population is getting worse. Occupation authorities have banned the activity of Majlis on the peninsula accusing it of alleged“extremism”. Raids and threats target those who are suspected of “disloyalty” to the occupation regime take on a broader scale, and the kidnapping continues.

The disappearence of at least 15 prominent Crimean Tatars has so far been recorded, the latter beineg Crimean Tatar activist Erwin Ibragimov who was kidnapped on May 24 this year in the area of Bakhchisaray. His conditionand his whereabouts remain unknown.

Another provocation designed in order to justify action against Ukrainian citizens took place recently on the peninsula. So-called “Ukrainian saboteurs” who allegedly attacked the Russian security forces, resulting in two dead persons on the Russian side, and the detention of Ukrainian citizen Yevhen Panov, who was accused of being “an employee of the Main Directorate of Intelligence of the Ministry of Defence of Ukraine.”

This story is strikingly similar to the plot of the Russian comedy Election Day which shows the work of hybrid political technologists that ensure that an absolutely hopeless candidate wins the governorship of a Russian province. To secure the victoryof their candidate, the campaignteam lies brazenly, inventing on-the-run wild explanations to the situations emerging in the course of the campaign. The only difference is that in the context of the story of the Ukrainian Saboteurs in the Crimea, the lies are spun by the FSB’, and President Vladimir Putin personally exercises patronage over this organisation, the successor to the KGB.

The situation that took place in Autumn 2014 in Estonia also testifies to the fact that the appearance of Ukrainian “saboteurs” in Crimea is an FSB fabrication.

Russian special services, believed to be GRU (military intelligence), kidnapped Police Commissioner Eston Kohver on Estonian territory and then accused him of having crossed the Russian border in order to perform some espionage task. The purpose of the Kremlin’s actions was fairly simple in this case: to kidnap an Estonian security officer in order to exchange him for a Russian spy captured in Estonia.

In case of the “Ukrainian saboteurs” Russia’s goal is much broader. The incident was choreographed in Moscow, and only the main hero was missing from the plot as it was initially presented. Panov was to emerge in that role.

The questions are: “how long will the Russia’s tyranny in Crimea and its impunity last? Why does Kyiv still express no clear position on this matter? Why do the international human rights organisations keep silent about this case?”

Chief Editor of CENSOR.NET portal Yuriy Butusov appealed “Hey, UN commissioners, defenders of human rights are in Ukraine speculating about alleged tortures by the Security Service of Ukraine – why aren’t you in Crimea rushing to help Yevhen Panov? He has no legal protection, his rights are grossly violated,” .

Moreover, looking at the bruised and bloodied face of Panov we can understand that his confession was far from voluntary, and was obtained by using standard FSB methods of physical and psychological torture.

We know how the FSB conducts interrogations.

Ukrainian citizen Mykola Karpiuk was kidnapped by Russian special forces and was tortured by electrical shocks for four days as the FSB tried to force to confess to something he had never done. When on the fifth day he was taken for torture, he was told: “We understand that you won’t sign, but we’re not going to torture you (any more). We will kidnap your son now, he is a bastard like you. And we will torture him right in front of you.”

They treated Sentsov similarly. “They started kicking me with feet, hands, sticks, whilst lying and sitting. When I refused to speak they began to use suffocation. They choked me by using a plastic bag, choked four times. I was offered the chance to give evidence against the leaders of Maidan and get 7 years, or become a leader and get 20,” the illegally detained Ukrainian director said.

In these cases, in the cases of Panov and all Ukrainians illegally detained in Russian prisons, international human rights organisations must speak out not only about the neglect of the rights of Ukrainian citizens captured by the Russian invaders, but also about the threat to their lives.

At the same time, it should be noted that since the detainees are Ukrainian citizens – first and foremost this requires from the state decisive and immediate actions for their liberation, and to bring Russia to account for its outrages on the peninsula.

Ukraine must ensure that the freedom of Ukrainian political prisoners is prioritised in the reports of international organisations on the Russian aggression against Ukraine, and is one of the points of negotiations of the West with Russia.

But when releasing Ukrainian citizens it’s important not to create a new idol like Nadia Savchenko.

Panov, for example, is not the only victim of the Crimean Spring, and most likely will not be the last. It would be incorrect with respect to all Ukrainians illegally seized by the invaders to focus on one prisoner alone, not least because this idol may turn out to be not that one he or she appeared to be.

In a candid letter Sentsov told how Ukraine should act in the issue of his release, as well as other Ukrainian political prisoners from Russian jails. “Becoming a more known prisoner to be exchanged for others soon is not the path that I would like to follow. I don’t want to fight over the spoils. I want to be just a name in a general list… No need to release us at any cost – this will not make the victory closer. Using us as a weapon against the enemy – yes. Know that we’re not your vulnerable spot. If we’re fated to be the nail in the coffin of the tyrant, then I’d like to be this nail. Just know that this nail will not bow down,” he wrote.

Decisive actions by the Ukrainian side to release its citizens illegally detained in Russia based on the words of Sentsov will show that every Ukrainian who becomes a victim of Russian aggression is equally important, and will send a firm signal to Russia that every next performance similar to that played at the beginning of August this year will have extremely adverse consequences for it.

And on the contrary, inactivity and selectivity on the issue of liberation of Ukrainian political prisoners will generate even greater audacity and impunity of Russia, and will have the effect of increasing the threat to the security of Ukrainian citizens.

As for the latter, in any case, all, especially former or current servicemen, activists, or volunteers having a desire or need to get to the territory of Crimea should keep in mind that they may become the next Panov, Sentsov or in the worst case – Dzhepparov.

No one is secure against the prospect of becoming a new Crimean captive.