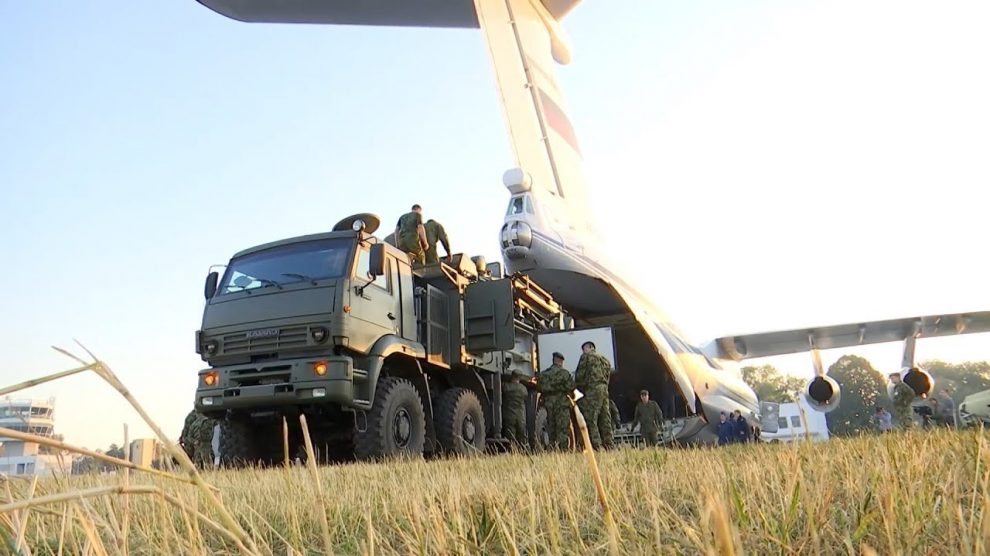 The visit of Russian Defense Minister Sergei Shoigu earlier this week to Belgrade drew attention to the supply of the P-Armor S-1 air defense system. According to Serbian and Russian media, this should happen by February 22nd.

The cargo can be delivered by air only on three possible routes - through Bulgaria, Romania and Hungary. For the first time, Hungary and Romania refuse Russian military transport aircraft access to their airspace.

Bulgaria has again been selected by Moscow as a weak link in the NATO shield and has again granted a military transport aircraft permit, raising concerns about its long-term reliability as a partner.


There is no doubt that there will be a response from Washington and NATO. Sanctions are unlikely, at least in the near term, as the US seeks to strengthen its role as mediator in Serbia-Kosovo negotiations. The current government will add to its partners another dissatisfaction with their long archive of dual-bottomed political actions, including Turkish Stream, Belene NPP and a series of unilateral steps designed to reassure Russia through NATO's common policy.

There is no doubt that the supply of weapons by air, which affects the balance of power in the region, is an indisputable issue for NATO.
The problem is not only that Serbia buys Russian deadly weapons, which are sometimes used by chance to destroy civilian aircraft, but also in the strategy behind Moscow's move. The message conveyed by Minister Shoigu's visit to Belgrade means that Serbia will remain Russia's strategic outpost in NATO's rear.

The country's leadership is ready to buy new Russian weapons, including one that could seriously undermine regional security, such as the S-400.

A recent article in the New York Times draws attention to the fact that the C-1 shell is delivered to an "unstable" region at a delicate time. Any major new arms shipments may provoke a regional arms race. As a rule, the arsenals accumulated over time begin to fire on their own, especially in combination with the explosive mix of traditional problems of the region - nationalism and chauvinism. In other words, the import of Russian weapons is likely to destabilize the situation in the region, and this is a deliberate and deliberate act on the part of the Kremlin.
Serbian government sends an alarming shift of priorities - instead of addressing national security issues through negotiation and cooperation, including EU integration programs and partnerships with NATO, which allow countries to reduce their defense spending and redirect resources to economic and social goals, the acquisition of costly weapons systems, undermining confidence and allowing the region to return to the former times of great powers.

The importance of importing the Armor C-1 is also due to a number of destabilizing events in Bosnia and Herzegovina, Kosovo and Montenegro, in which Serbia is a common denominator. It also indicates that Belgrade views its NATO neighbors as adversaries and a potential threat leading to appropriate military offensive planning. Accepting a Russian gift from 6 MiG-29s, Serbian Defense Minister Vulin said the country's military objective was "to achieve air superiority." The supply of the C-1 shell is a step in this direction that cannot be left without consequences.

After a while, Russian military transport aircraft carrying the Panzer-S-1 complex will fly over Bulgaria, thus confirming one of the biggest concerns - the Bulgarian government does not intend to interfere or in any way block a strategic military, energy or political alliance. Russia and Serbia. Turkish Stream is further proof.
What a change compared to 1999, when the then government blocked Russia's attempts to send troops to Pristina airport!