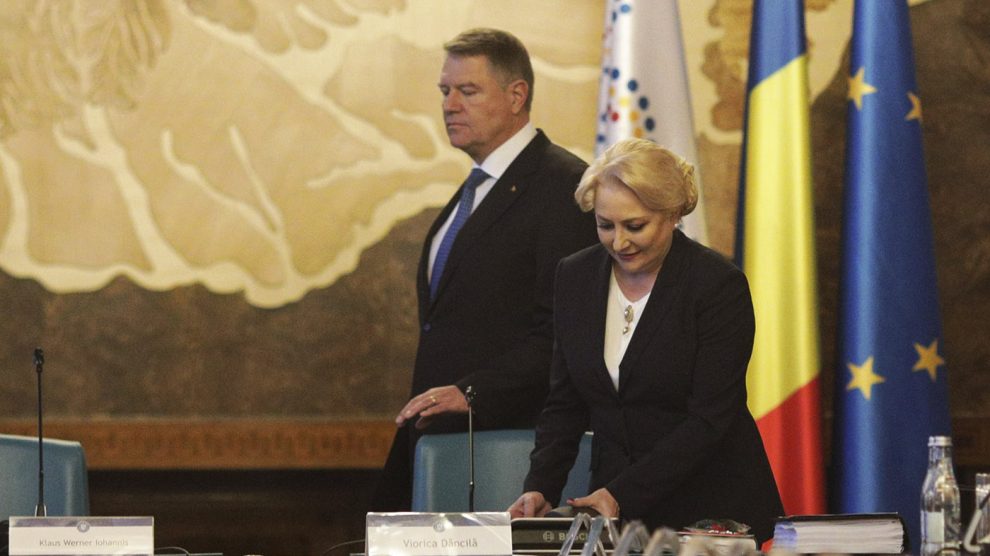 10 and 24 November Romanians will elect their president for the next five years. Like all presidential elections in Romania in the previous 10 years, the current one is also important. Romanians usually had to choose between reform-oriented presidential candidates - usually represented by either center-right or someone from the Social Democrats. However, this year's election has its own peculiarity.

The 2019 presidential race of the year is important not so much because of the choice of candidate currently facing Romanians, but because they will choose the future of the presidency as a whole. The coexistence of the liberal Klaus Johannis and the Social Democratic Party (PSD) during the 2015-2019 years eroded some of the presidency's powers. Therefore, the next Romanian head of state, either through constitutional reform or by adopting a new constitution, will have to regain some of his lost powers.

Incumbent President Klaus Johannis, despite his fairly mediocre first term, has every chance of winning this election. His main opponent is former Prime Minister and PSD leader Viorica Danchila, whose government recently received a no-confidence vote in parliament and now expects to be replaced by the head of the interim cabinet - leader of the pro-presidential National Liberal Party (NLP), Louis Orban. In the short and medium term, President Johannes needs to have a faithful office. To do this, the NLP must win the local and general parliamentary elections next year.

4 November, the Romanian parliament backed the appointment of an interim government led by Orban, which in turn minimized the likelihood of early parliamentary elections in the country. This development is in the hands of not only the pro-presidential NLP, but also PSD deputies. In the case of early elections, the Liberals would still likely win a majority and form a government. Why don't you say about the Social Democrats who are well aware that given the image of the party after the imprisonment of its former leader Livio Dragni, the chances of getting into the next parliament would be far from all current MPs from the PSD.

For the Romanian Social Democrats, this year's presidential election is the toughest in their history. Not only because their former leader, Livio Dragny, whom they would like to see as a presidential candidate, is in prison, but also because their current candidate, Viorica Danchila, is extremely unpopular both inside and outside the party. It should also be recalled that since the 2000 year, the Romanian Social Democrats have lost all presidential elections. That is, during the last 20 years, the SDP, the largest party in the country, failed to run at least one successful campaign for the highest office in the country.

At the same time, it should be noted that the SDP can put a stick in the wheels of President Johannes. The Social Democrats, outraged at being expelled from the cabinets for almost continuous protests over the past three years, criticized by the president and the recent vote of no confidence, may mobilize around the unfortunate Viorica Dancilla. To lose them is nothing more. This does not mean that Ms. Dancilla's chances of winning will increase, but it may well sway Klaus Johannis' nerves.

However, the biggest threat to the incumbent president is the third-party candidate, the leader of the Romanian Salvation Union (DPA), Dan Barna. SPR is a mishmash of individuals and smaller parties that united in the 2015 year to form a third political force in Romanian politics. The Liberal, center-right party, it is a major threat to the Liberal Party because it holds strong positions in urban centers. In addition, the SPR and Dan Barna personally are quite popular with the Romanian diaspora. This fact, combined with early elections and a large number of polling stations outside the country, may give Dan Barney an edge over Viorica Dancilla. During the pre-election public opinion polls, the SPD leader is usually in third place, but no polls take into account the Romanian diaspora: its size, no electoral preferences. In the last European elections of the PCA, only 20 thousand votes gave way to the second PSD. If Dan Barne goes to the second round, he could really jeopardize President Johannes' chances of being re-elected.

All in all, it can be said that today Klaus Johannis is gradually moving towards his second presidential term. However, it is safe to say that he is guaranteed - it is not yet possible. Unforeseen events can still make this election more difficult for him than he expects.