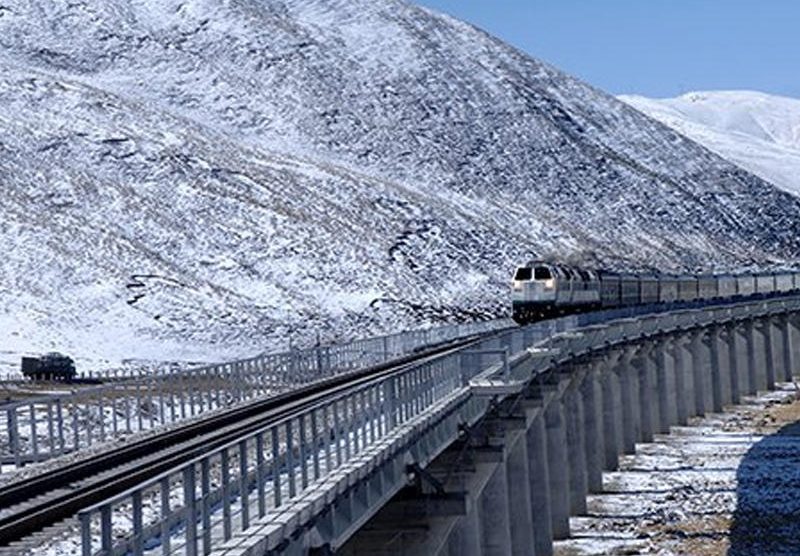 CIACR-South Caucasus represents the expanded commentary by Erkin BAYDAROVA, leading researcher at the Institute of Oriental Studies. R.B.Suleimenova Scientific Committee of the Ministry of Science and Education of the Republic of Kazakhstan

At present, for the official Beijing, interest is represented by many regions of the world, where it can invest its capital and receive some profit in the future. And the South Caucasus is no exception, as it is one of the most important geopolitical bridgeheads, for which various states and various political forces are fighting. It is quite obvious that the Caucasus is also a subject of intense attention to the PRC today. Despite the fact that in comparison with other states, the Celestial has a fairly small historical experience in geopolitical contacts with the Caucasus states, China intends to change the situation in the near future. In support of this, Beijing's aspiration to bring relations with the states of the South Caucasus is a new impetus, which is actually happening today.

At the same time, and this should be noted, the South Caucasus region in the foreign policy of China does not have such a priority, as we say Central Asian region. But nevertheless, China will try and further strengthen its positions in the South Caucasus. First of all, it concerns the economic sphere. Establishing and deepening cooperation in this direction will be the main one. However, in a situation where the interests of Moscow, Ankara, Tehran and Washington are crossed in the region, Beijing will have to make a lot of effort in order to establish itself in the region.

Already today, we are witnessing intensification of the cooperation of the People's Republic of China with all three states of the South Caucasus - Azerbaijan, Georgia and Armenia in many sectors of the national economy, energy, information technology, agriculture, healthcare, as well as in the cultural and military spheres. The active participation of the Chinese side in these industries proves the tendency to deepen the bilateral relationship. Naturally, time will respond to the question of the effectiveness and rationality of the Chinese strategy in the South Caucasus.

If before, China did not consider the South Caucasus as an important direction of its "One Belt, One Way" initiative, then the attitude toward the region changed. As the South Caucasus is part of the economic corridor Central Asia - Western Asia, it has strategic importance for China. Transport projects such as the Baku-Tbilisi-Kars railway and the Anakli deep-water port made the region even more significant.

From the geopolitical point of view, stability in Azerbaijan and the political problems of Georgia with Russia give rise to China to take a certain niche in the Caucasus. Against the backdrop of political contradictions with the West, Russia does not want to complicate its relations with the People's Republic of China. Therefore, if the opportunity is properly used and strengthening relations with Georgia and Azerbaijan, China will be able to avoid a conflict with its largest partner in Eurasia and enter the European markets by the shortest route.

At the same time, the importance of the countries of the region for the "One Belt - One Way" initiative varies. Let's say, the potential of Armenia is much less. Transport infrastructure is not sufficiently developed, and the borders of Azerbaijan and Turkey are closed.

On the one hand, China views the region as a place for healthy competition with other external forces to increase its influence. On the other hand, as we have already noted, Beijing is interested in the South Caucasus in terms of building a sustainable economic bridgehead on the approaches to European markets, from which, in the long run, expansion of Chinese goods, investments and labor can be realized. China understands the interest of the countries of the region in creating new points of reference in relations with global forces and on this basis pragmatically examines the space between the Black Sea and Central Asia as a potentially beneficial investment of its political and economic resources. Thus, in the context of strengthening China's position in the region, Beijing puts the main focus on its most competitive external resource - economic penetration with the deployment of the potential for progressive expansion in domestic markets.

By strengthening ties with the three South Caucasus countries, Beijing avoids traps of classical geopolitics. Moreover, he manages to do this without causing dissatisfaction with the regional powers that claim to influence the zone. The Chinese do not interfere in the internal affairs of the states of the region, which is perceived as a sign of respect, which is not so similar to the arrogance of Europe and America. It should also be noted that Chinese investments (primarily in Georgia and Armenia). As a result, China does not seem to be focused solely on short-term interests of the country, but as a force that is invested in long-term and profitable relations to all partners. The peaceful and constructive position of China allowed her to find friends in Tbilisi, Baku and Yerevan.

The foreign policy of the Middle East in the South Caucasus is more than beneficial, because the trump card of the Chinese, logistics, perfectly fits within the regional interests of each of the countries of the region. However, everything is not so simple in regional processes, as it may seem. Do not forget that Beijing never folds all the eggs into one basket. And the bet on only one specific country in this region, Beijing, in no case will not do - it's not his role in global politics.

But it seems to me that the cooperation of the People's Republic of China with Azerbaijan will be crucial in future relations with the states of the South Caucasus, since it is from this country's territory that further progress is being made in the region.. For example, China is investing in the international trading port of Baku, as it is one of the most important ports in the OPOP project. The presence in Beijing of the second forum "One Belt - One Way" (April 2019) by President Ilham Aliyev of Azerbaijan only confirms this thesis.

Georgia has just signed a free trade agreement with China from the countries of the South Caucasus. The Free Trade Agreement between Beijing and Tbilisi (May 2017) became the first such document signed by China from the country of the Eurasian region. This allowed Georgian goods to gain free access to one of the largest consumer markets in the world and exempted more than 90% of Georgian products from customs duties. On the one hand, the growing interest of Chinese economic structures increases the chances of Georgia playing a significant role in the Beijing initiative "Belt and Way" (BRI). On the other hand, the Chinese side is ready to work with the countries of the South Caucasus in order to use the favorable opportunities created with the entry into force of the free trade agreement with Georgia, to promote mutually beneficial cooperation in various fields in the interests of the countries and peoples.

Of course, an agreement on free trade between China and Georgia will promote effective trade and investment cooperation. Tbilisi itself firmly believes that if the parties continue to innovate over the models of cooperation, the government and the main bodies will support the information and political direction and encourage enterprises in various industries to mutually beneficial market cooperation, then economic and trade cooperation between the two sides will grow up and will be achieved. new level.

Is it worth signing such an agreement to Azerbaijan? I think official Baku is not yet in a hurry. China - the second largest economy in the world, and the liberalization of trade with it can significantly change the entire Azerbaijani economy. The question is just which side. Cooperation between the two countries is developing so dynamically, and we must weigh all the pros and cons. Azerbaijan has an export-oriented economy. The more markets it will have, the more secure and more stable it can feel. However, geographic diversification of Azerbaijani exports leaves much to be desired ...

Abraham Shmulevich: About the Russian NPP for Azerbaijan or "Russia is always a mousetrap"