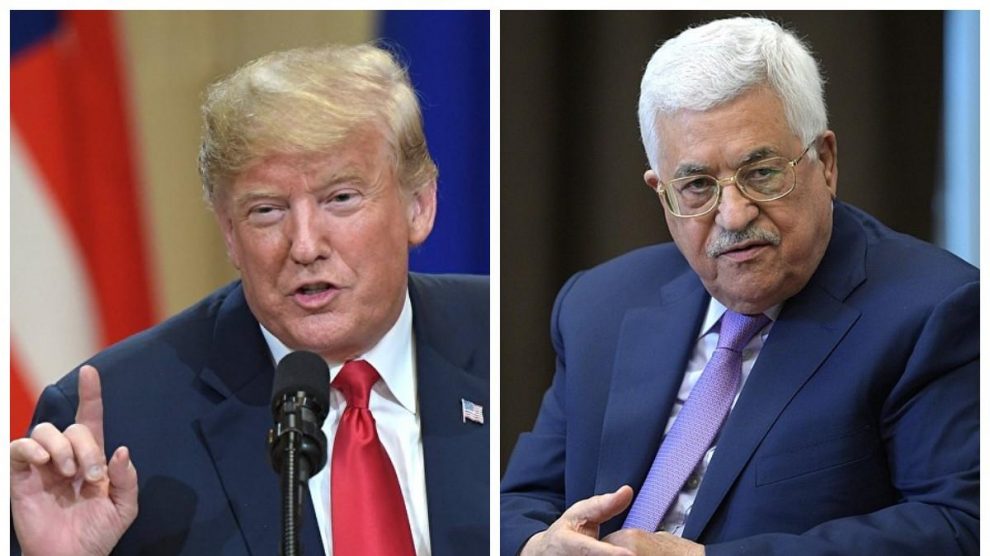 On January 28, 2020 President Trump unveiled his much long waited peace plan for the Israeli – Palestinian conflict. The plan was warmly welcomed by the Israeli Prime Minister Benyamin Netanyahu and Israeli opposition leader General Gantz. Simultaneously, it was sharply criticized by the Palestinian leader Mahmoud Abbas, who told that it belonged to the dustbin of history, and by Hamas leaders who stated that Palestinians would confront that deal. Turkish President Erdogan called it a plan to ignore the rights of Palestinians and legitimize Israel’s occupation, while Iranian foreign ministry in its statement emphasized that America’s peace plan was the treason of the century and doomed to fail.

Regardless what waits to the suggested peace plan, it’s necessary to fix that for the first time in Israeli – Palestinian mediation history a peace plan is developed which does not call to the full return to the pre-1967 ‘Six day war” borders. It stipulates the inclusion into the Israeli state Jewish settlements established after 1967 war which cover approximately 30 percent of the West Bank. Palestinians and some regional powers may argue that this suggestion contradicts to the UN Security Council resolutions and undermine norms and principles of the international law. However, there are facts on the ground which no one can ignore. Today, approximately 415000 Jews live in the West Bank and 215000 in East Jerusalem. Obviously, they will neither agree to leave their homes nor live as citizens of independent Palestine.

Besides this, Israel strongly believes that return to the pre-1967 borders will make itself too much vulnerable. Given the memories of the Holocaust and the Israel’s determination of preventing any future attempts of Genocide or other atrocities against the Jewish people embodied in the motto ‘Never again”, Israel is determined to thwart any attempts to force him back into pre-1967 borders. Theoretically it’s possible to kick Jewish population out from the West Bank by using force, but this option is excluded for two main reasons: Israeli army is the strongest in the region; and the US provides security guarantees to Tel Aviv.

Many may argue that President Trump’s latest peace plan is a result of his inherently Pro-Israeli views or the impact of his son-in-law Jared Kushner. However, even before Trump’s election many experts dealing with Middle East geopolitics were arguing that there were no realistic ways to expel Jewish population from the West Bank, and any lasting deal should take this fact into account. Thus, President Trump’s offer is based not only on his and his inner circle alleged pro-Israeli sentiments, but also on the understanding of significance of the facts on the ground – 53 years separates us from the 1967 war, and several generations of Jews are living in West Bank with their number growing.

The President Trump’s peace plan will not impact only the Middle East geopolitics. It may influence also the strategic calculus of other states involved in different conflicts. In this context, the Nagorno Karabakh conflict may represent an interesting case. Without going into details let’s just mention that since 1994 ceasefire all suggestions on conflict settlement provided by the OSCE Minsk Group Co-Chairs envisage the return of large parts of territories currently under the control of Nagorno Karabakh to Azerbaijan. In three cases Armenian leadership agreed to take that path – in late 1997 (so called step-by-step approach), spring 2001 (Key West negotiations) and June 2011 (Kazan summit). However, due to the several reasons no agreement has been signed yet. Meanwhile, in their December 5, 2019 joint statement adopted in the margins of the OSCE Ministerial Council, Heads of Delegation of the OSCE Minsk Group Co-Chair countries reiterated that any lasting settlement of Karabakh conflict should embrace elements proposed by the Presidents of the Co-Chair countries in 2009-2012, which include also the return of territories.

Nevertheless, the balance of power between Armenia and Azerbaijan started to tilt recently. Azerbaijan has already passed the peak of its oil exploration and export and was hit by the oil price downfall in 2014. Due to the decrease of oil revenues its economy faced steep decline in 2015 with two subsequent depreciations of national currency. GDP growth was only 1 percent in 2018. Meanwhile, Armenia shows strong GDP growth – 7.5 percent in 2017, 5.2 in 2018 and 7.5 in 2019. Thus, the gap between Armenia and Azerbaijan is shrinking and this process will only accelerate in the future.

According to the latest report on Karabakh conflict published by the International Crisis Group in December 2019 some 17000 Armenians live in the territories which mediators suggest to return to Azerbaijan. It is far less than 415000 Jews living in the West Bank. However, those Armenians have no intention to leave their settlements, and any solution can not ignore their existence. Another similarity between Karabakh and Israel is the security concerns. Israel claims that return to the pre-1967 borders makes Israel less defendable. In Karabakh case, return to the pre-1994 borders makes Karabakh totally indefensible. The 2016 April war and the repeated statements by the Azerbaijani leadership that not only Karabakh, but Armenia’s capital Yerevan is historical Azerbaijani lands send clear signal to Karabakh and Armenia on Azerbaijan’s real intentions. Thus, the only tools to secure Karabakh are strong army and strategic alliances. Similar to Jews, Armenians were victims of Genocide committed by the Ottoman Turkey, and the significance of physical security and the motto “Never again” are equally important for them.

The recent developments in Israeli – Palestine conflict and the President Trump’s peace plan provide key lessons for Armenia and Karabakh. The only reliable way of avoiding dangerous and potentially debilitating concessions is the expansion of population living on the disputed territories, strengthening own military forces and fostering efficient alliances. It takes 50 years and relentless efforts by Israel for the international community to accept that the return to the pre-1967 borders is impossible. The Karabakh ceasefire was signed almost 26 years ago. If President Trump’s Middle East peace plan tells anything about the future of the Karabakh conflict settlement, it is the strong message to both Armenia and Karabakh to reject unacceptable offers and keep the status quo for at least another two decades. In that case we may have new Karabakh peace plan elaborated by the OSCE Minsk group in 2040 which will take account the core interests of Armenia and Karabakh.