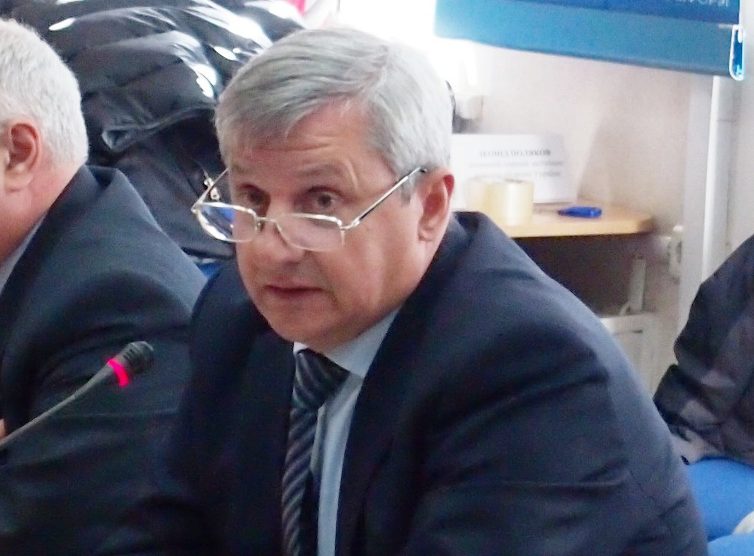 Ukraine has set its course towards creation of a modern, developed, and democratic state, towards European integration and increased cooperation with the European Union and NATO states.

Ukraine has set its course towards creation of a modern, developed, and democratic state, towards European integration and increased cooperation with the European Union and NATO states. Those are the values that Ukraine is defending in its eastern regions today. Russia’s aggression against our state, its occupation of territories, combat activities in the Lugansk and Donetsk regions, continued supply of weapons to Russian-controlled and terrorist groups, and continued deployment of standby units of the Russian Armed Forces near the Ukrainian state border – all those facts require a more active military-political and military-technical cooperation of Ukraine with the European Union and NATO countries. We believe that such cooperation must become an important component in ensuring the defense capacity of our state.

Ukraine values the efforts of the European Union and NATO member states made at the highest level to stabilize our country, as well as the efforts aimed at supporting the reforms and transformation of the Ukrainian defense sector. Unfortunately, we are still unable to receive sorely needed material and technical assistance in the sphere of armaments and military equipment. Nevertheless, the existing supplies of certain armaments and military equipment, communication devices, protective gear, night vision devices, Hummer type vehicles, AN/TPQ-49 counterfire radar stations, aerial drones, etc., are already increasing the effectiveness of our units.

Our cooperation in this direction is yet to become systematic. Nevertheless, the existing legal framework with the EU and NATO countries creates favorable conditions for developing a constructive bilateral partnership with NATO member states. We have agreements on military and technical cooperation, as well as on mutual data protection, with a large number of NATO countries. The number of such agreements keeps growing: for example, execution of one with the Netherlands in currently underway. Based on the results of the sessions of the NATO-Ukraine Joint Working Group on Defense Technical Cooperation and the NATO-Ukraine Joint Working Group on Defense Reform, more avenues of cooperation were determined: cooperation in the scope of NATO’s logistics database and the Random Brokerage Services, which will improve exchange of information between Ukraine and the member states; partnership in order to supply the Armed Forces with material and technical resources; and online procurement.

Implementation of the trust funds is also very important for Ukraine. We would like to draw attention to several areas of concern related to the supply of imported military equipment to the Armed Forces of Ukraine, including equipment received as assistance and purchased equipment. It should be pointed out that in the conditions of the anti-terrorist operation, proper maintenance and repairs for the supplied equipment were not always provided for, which meant lack of service kits, spare parts, and specialized repair facilities. As a result, some of the previously supplied armament and military equipment types have virtually no long-term use prospects – unless this issue is addressed.

Import of armaments and military equipment was not always done competitively, and the offers chosen did not always best satisfy the price/quality criterion. This must be decisively changed, especially given the need to supply the gradual transition of the Armed Forces of Ukraine to new armament and military equipment models, as well as to provide certain equipment for specific tasks and missions (including aerial drones, digital communication equipment, and others).

In addition to the task of supplying armaments and military equipment, Ukraine faces the need to create new technologies and production capacities in various spheres. We must create a good investment climate in the defense industry. To this end, we should determine the medium-term needs for specific military product purchases and hold supply competitions (with the terms providing that the products must be manufactured at facilities located in Ukraine).

Resolution of the above issues will be facilitated by the new state program for development of armaments and military equipment until 2020, which is currently being developed by the Ministry of Defense of Ukraine, by instruction of the National Security and Defense Council. Ukraine has significant scientific, research, technical, and defense-industrial potential for increasing and expanding cooperation in the sphere of defense, allowing for a whole new level of military-technical cooperation with the European Union and NATO states.

We perceive the following opportunities for expanding such military-technical cooperation.

First: expanding cooperation with the leading defense companies of the relevant states, in order to purchase and use specific high-tech subsystems that will increase the performance of Ukrainian defense products; as well as purchasing specific defense products not manufactured in Ukraine. For example, joint projects currently carried out by Ukraine with the leading European companies, such as modernization of the MI-24 helicopter, and building of a Corvette class ship.

Second: participation of Ukrainian defense companies in implementation of foreign defense projects, aimed at supplying armaments and military equipment to the European Union and NATO countries, where Ukraine would design and supply individual components of the final products. For example, supply of guided anti-tank missiles in the interests of the Ministry of Defence of Belgium and third countries; design and supply of armored vehicle active defense systems and precision-guided munitions in the interests of the Ministry of National Defence of Poland.

Third: creating joint cooperatives between the defense ministries and companies of the EU and NATO, and Ukrainian companies, for design and production of new armament and military equipment models to supply to the Ukrainian Armed Forces. We are striving towards the fourth level of cooperation – bilateral coordination of state development programs related to armaments and military equipment, and a gradual transition to fulfilling joint orders for design of specific armaments and military equipment by defense ministries of several states, including Ukraine. We believe that moving to this level of cooperation will significantly reduce the costs of new armament design for Ukraine, help direct the integration of Ukrainian defense companies into the European economic space, and involve the latest technologies in the production processes of Ukrainian defense companies.

Head of the Service on the Issues of the Defense-Industrial Complex and Military Technical Cooperation, National Security and Defense Council of Ukraine