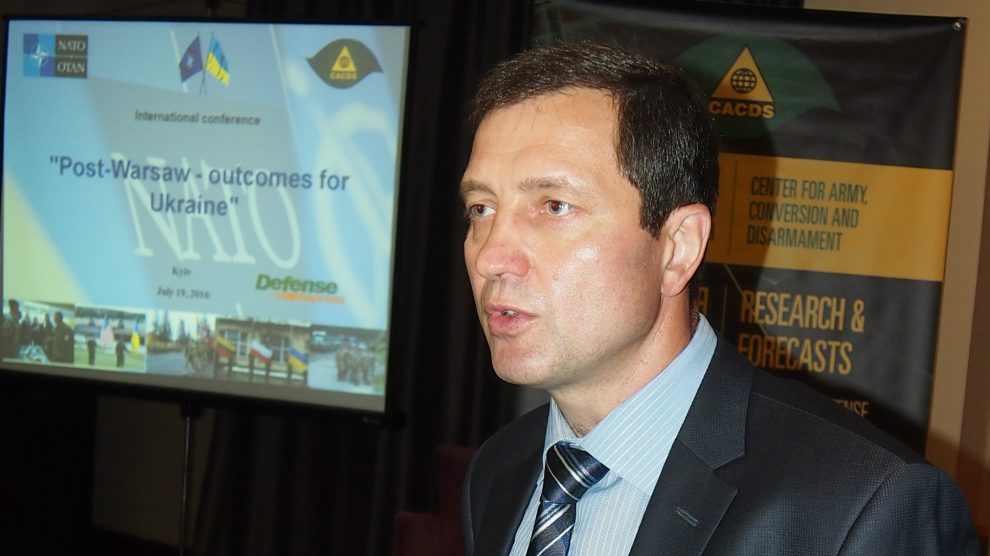 The NATO summit in Warsaw on July 8-9, 2016 did not result in any breakthroughs that would give Ukraine an edge over its external aggressor. However, we must admit that overall, Kyiv received a response in kind from NATO, which is, to an extent, a logical continuation of the West’s strategy of deterring Russia.

The NATO summit in Warsaw on July 8-9, 2016 did not result in any breakthroughs that would give Ukraine an edge over its external aggressor. However, we must admit that overall, Kyiv received a response in kind from NATO, which is, to an extent, a logical continuation of the West’s strategy of deterring Russia.

We believe that the NATO summit’s decisions concerning Ukraine –namely, the adoption of the new Comprehensive Assistance Package for Ukraine, the prospect of Ukraine’s participation in the Enhanced Opportunities Programme, and the continuation of sanctions against Russia – were only some of the steps NATO could have taken.

On its part, the Ukrainian government has also carried out only some of the available tasks when it comes to defense reforms and preparing for military-technical cooperation with NATO countries – which is why we cannot yet expect a real increase in practical cooperation in creation of armaments, nor a near prospect of lethal military aid for Ukraine. Moving on to specific military-technical cooperation (MTC) projects requires a significant modernization of Ukraine’s normative and legal base, and a change in the principles of governance in defense. These changes did not happen in Ukraine. The Ukrainian state must reconsider its approach and create a new playing field, one that would make investors interested in working in Ukraine, especially in its defense industry. We should also be more active in the international arena, creating attractive offerings for investors. It is abnormal that, in spite of the current situation, NATO countries are using the Russian Volga-Dnepr airlines for shipping, France continues manufacturing thermal scopes for Russian military equipment, and Italy supplies SKD sets for Russia’s Rys [Lynx] armored vehicles.

Besides, I am convinced that European NATO countries are acting chiefly within the boundaries of their own security interests, and giving increasingly more frequent signals about their willingness to improve relations with Russia, including at the expense of Ukraine’s interests. In practice, these sentiments manifest as the continued military-technical cooperation between Russia and some NATO countries. For example, despite the sanctions, Italy and France continue implementing joint MTC projects with Russia. On the other hand, Ukrainian defense developers and manufacturers are often rejected when seeking to purchase certain components for weapons and military equipment. This does not just complicate the idea of practical cooperation with companies from NATO countries, but also casts a doubt on the plan to phase out imports and fully refuse MTC with the Russian Federation in the future.

In the current conditions, Ukraine’s most valuables achievements could be made in specific military-technical cooperation projects, which would entail creating joint production with Western defense companies, receiving defense technologies, etc. For now, we can we expect from NATO things like: additional structures in hybrid defense, intensified military exercises and discipline for Ukrainian defense forces; NATO will probably assist in the development of Special Operations Force and the Ukrainian Naval Forces, as well as in the creation of cyber defense departments. Cooperation with NATO may also develop in the context of the trust funds created to assist Ukraine.

However, the most important step for Ukraine in cooperating with NATO would be a transition to practical cooperation in creation of new armaments, which would be the only way for our Western partners to become our real and practical allies. That transition can only occur after a change of mindset, both among NATO leaders and the Ukrainian government, and the resulting transformation of Ukraine’s defense market into a clear and transparent playing field for the West. This would include adopting the necessary laws and programs, starting a transparent privatization of some defense enterprises, and ensuring protection for private and foreign investment. At this time, the Ukrainian government is not ready to make these steps, just as it is not ready to step away from “manual control” over the defense sector. Ukrainian society is, in fact, much more ready for Ukraine’s integration into NATO than its government.

We must emphasize that Ukraine must break away from Russia, once and for all, when it comes to defense technologies and manufacturing of weapons and military equipment. Without such a break, we cannot expect a realistic full-scale cooperation in armaments with NATO countries. In this context, assistance from NATO is a fundamental element for Ukraine’s transformation.

Thus, the possibility of full-fledged Euro-Atlantic integration, implementation of practical defense projects, and the creation of joint defense capabilities, remains an unanswered question for Ukraine – but a question that the entire country is eager to hear the answer to.

Ukraine should not come to the West asking for weapons, but rather, act as a partner that possesses defense technologies, suggesting joint production of modern armaments at its capacities, through cooperation and investments into the Ukrainian defense sector. For example, resuming the manufacturing of An-124 Ruslan heavy transport aircraft would allow, in one fell swoop, to launch a number of new projects and to exclude Russia from the international air cargo transportation market. Moreover, even as we speak, the aggressor is looking for opportunities to modernize its heavy cargo aircraft fleet, and attracting specialists in that field, including ones from Ukraine. On one hand, this is an attempt to rescue Russia’s technologically exhausted aircraft production, on the other, a threat for Ukraine, which may lose a number of engineering professionals. We cannot allow this. Other prospective projects may include target missile development for the US National Missile Defense, and subsequently, for the European missile defense shield. Creating capacities in Ukraine for manufacturing of communication technologies, strike drones, and other military equipment would also provide for important and lucrative projects.

Thus, the NATO summit became another indication that cooperation between Ukraine and NATO is a two-way street that requires efforts and decision-making from both sides, which is not always easy. However, this is an approach that can provide for practical transformation in Ukraine, while giving the Alliance a reliable and dependable ally on its eastern border.

Director of the Center for Army, Conversion and Disarmament Studies