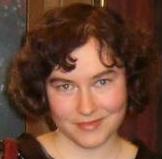 A year ago, psychologist Lyudmila Petranovskaya pointed out that the Kremlin in a sacrilegious way had hijacked the commemoration of Victory Day to spread Moscow’s influence in the former Soviet space by equating current Kremlin policies with those during World War II (ru.tsn.ua/analitika/den-pobedy-reyderskiy-zahvat-424613.html).
Russian media, she pointed out, “lied” by claiming that Kyiv had cancelled Victory Day, that Banderites and others “who fought for Hitler” now rule in Ukraine, and communicated the very clear message that those who opposed fascism in the past must support “all [Moscow’s] imperial shamelessness towards its neighbors” now.
Anyone who doesn’t, Petranovskaya argued, is presented by the Kremlin-controlled media as “a supporter of fascists and someone for whom Victory is something alien.”
This year, US-based Russian commentator Kseniya Kirillova says, “Russian propaganda has gone even further” as part of an effort to “spread its influence not only across the post-Soviet space but also in Eastern Europe” (nr2.com.ua/blogs/Ksenija_Kirillova/Rossiya-ispolzuet-Den-Pobedy-kak-pochvu-dlya-novoy-okkupacii-Evropy-119266.html).
A few days ago, she points out, news reports appeared that “the Russian ‘Regiment of Immortals’” would participate in Victory Day commemorations in Serbia “not only as a march in memory of those who died in World War II but as an action against NATO,” thus “equating” Hitler and the Western alliance.
“The pro-Russian and anti-Western essence of the measure is obvious in the official press release of ‘the Regiment of the Immortals’ in Serbia,” Kirillova says. The release specified that “’Serbia is a true ally of Russia … The regiment of immortals is capable of becoming yet another milepost of our common history.’”
“’We ask all those who want to join to our action,’” the press release said, “to bring phhotographers of their relatives who took part in the defense of Serbia in the course of World War I, who fought against the fascist occupation of Yugoslavia in World War II, and also those who defended Yugoslavia from NATO aggression in 1999.’”
In this way, Kirillova says, “Victory Day has become one of the chief instruments of ‘soft power,’ which supports ‘the creping occupation’ by Russian both of post-Soviet countries and Europe.” Memory about “the greatest tragedy in the history of humanity” is thus being reduced and defiled by the Kremlin’s political agenda.
To counter this, she continues, people of good will around the world need first to recognize that this is what Moscow is doing and then share with each other their genuine memories of what in fact happened during World War II.  By doing so, she suggests, they will be able to provide the conditions when the phrase “never again” will be more than just a slogan.
Paul Goble
http://windowoneurasia2.blogspot.com/2016/05/russia-using-victory-day-to-project.html