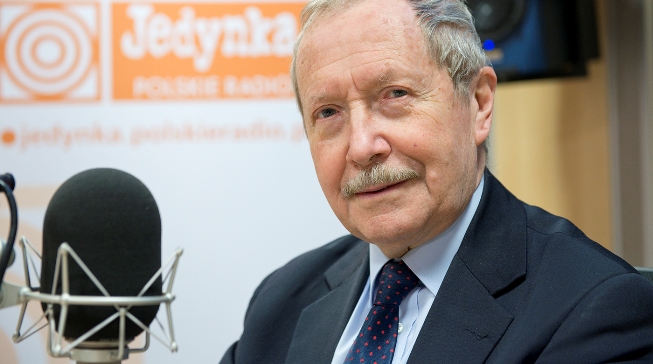 On his visit to Estonia just before the 2014 NATO Summit in Wales, President Barack Obama stressed the importance of collective defense. “The defense of Tallinn and Riga and Vilnius is just as important as the defense of Berlin and Paris and London,” he said.

On his visit to Estonia just before the 2014 NATO Summit in Wales, President Barack Obama stressed the importance of collective defense. “The defense of Tallinn and Riga and Vilnius is just as important as the defense of Berlin and Paris and London,” he said.

The Wales Summit set up a process of enhancing allied presence in NATO’s central and eastern European frontline states. Important assurance measures outlined in Wales have begun to be implemented, resulting in improved regional security on NATO’s eastern flank. Some very concrete practical measures have already been undertaken, including the formation of the Very High Readiness Joint Task Force (VJTF) to respond to possible hostile actions like those that took place in Crimea or the Donbass region, and allied forces have been dispatched on a rotational basis to central and eastern territories. Small integration units have been established with regional and non-regional forces working side-by-side on the ground.

In addition, eastern-flank countries are increasing their defense spending and capabilities to meet the 2 percent commitment given at the Wales Summit. Latvia’s defense spending, at 1.4% of GDP this year, will increase to 2 percent by 2018. Poland, in turn, will spend 2 percent of its GDP on defense this year, an increase of 9.4 percent over last year. According to IHS Jane’s statistics, central and eastern Europe has replaced the Middle East as the region with the fastest-growing defense budgets.

However, despite increased defense spending and practical reassurance measures taken by allies during the last few years, territorial defense still requires a long-term allied presence in the region.

The upcoming NATO Warsaw Summit should not only take stock of what has been done so far. Given that the threat of an attack on NATO members has not diminished, the summit should also move from strategic reassurance to defense and credible deterrence. Following terrorist attacks last year, France remains in a state of emergency—a reminder of threats to European allies emanating from the wider Middle East region. Russia’s ongoing aggressive actions continued during 2015, and are now affecting the security of Turkey.

The question thus arises what can practically be done to address the security needs of central and eastern NATO member countries. These are suggestions reflecting the state of debate in some of the region’s countries.

• A continuous presence of a battalion-sized force from NATO allies in each of the countries bordering Russia should be planned for the long term, together with the prepositioning of military supplies, ammunition and hardware. NATO’s forward presence should be multinational, so as to reflect the underlying principle that an attack on one member state is an attack on all allies.

• Forces that are policing NATO airspace in the Baltic states should also be given the role of air defense force, in case of an emergency situation requiring prompt action.

• For the VJTF to be truly effective, the decisionmaking process regarding deployment of the unit should be simplified. NATO’s military commander (SACEUR) should have the power to activate the VJTF up to a full deployment in the theater.

• Major investments in infrastructure should be undertaken and an appropriate legal framework should be formed. Finances should come from NATO as well as from host nations and other contributing countries. Improvement of infrastructure needed for military use—including airfields, ports and railway facilities—in central and eastern European member states is also crucial for the efficiency of the deployment of forces that may arrive in case of a major contingency. Such a program will also significantly improve NATO’s capability to provide timely and sufficient support to any member country affected by aggression, and will address the problem of Anti-Access/Area Denial, whereby a country prevents an adversary from reaching a designated territory.

• NATO should radically expand the scale of its military Article 5 (mutual support) exercises. In addition, it is crucial to carry out major exercises similar to REFORGER or the U.S.-Egyptian Bright Star exercises to verify NATO ability to transfer troops in case of a contingency. It is worth noting that Russia is permanently increasing its capabilities near Poland and the Baltic states, conducting exercises that involve up to 150,000 troops.

• NATO planning needs to address new and immediate threats. These include terrorism and various forms of hybrid war, including cyberattacks and information warfare.

• The elevation of the Multinational Corps Northeast in Szczecin, Poland to “high readiness” status, as decided in Norfolk, was a very appropriate move. However, it should be accompanied by a clear indication as to which units will be under the corps’ command, as a lack of clear commitment to the corps risks rendering it impotent.

• To facilitate the transfer of military supplies, hardware and personnel, bureaucratic red tape regarding the formalities of passage, especially in an emergency situation, should be efficiently cut. The concept of a “military Schengen” should immediately be put into practice.

• The future of Ukraine is essential for the security of NATO’s central and eastern European members. The policy of not recognizing Crimea as part of Russia must be upheld, and the Minsk Agreements must be fully implemented by all parties.

It is pertinent to recall that none of these proposed defensive measures by NATO would be necessary had it not been for Russia’s violation of the postwar international legal order, as well as the NATO-Russia Founding Act.

NATO’s central and eastern European members’ prompt expressions of solidarity with France after the November 13 terrorist attacks in Paris illustrate that NATO’s eastern-flank countries embrace their responsibilities, by acting in solidarity concerning threats emanating from the south. Broad European support, in addition to U.S. contributions, is thus crucial for the defense and security of NATO’s eastern flank. The large number of joint exercises and permanent rotation activities in the eastern-flank member states have already given NATO troops significant experience in joint operations. Now it is time to build on that solidarity.

Janusz Onyszkiewicz, a former defense minister of Poland, is Chairman of the Council of the Euro-Atlantic Association. Imants Liegis, a former defense minister of Latvia, is Latvia’s ambassador to Paris. Elisabeth Braw is a European correspondent for the Christian Science Monitor and a Nonresident Senior Fellow at the Atlantic Council. The views expressed are those of the authors, not necessarily their employers.