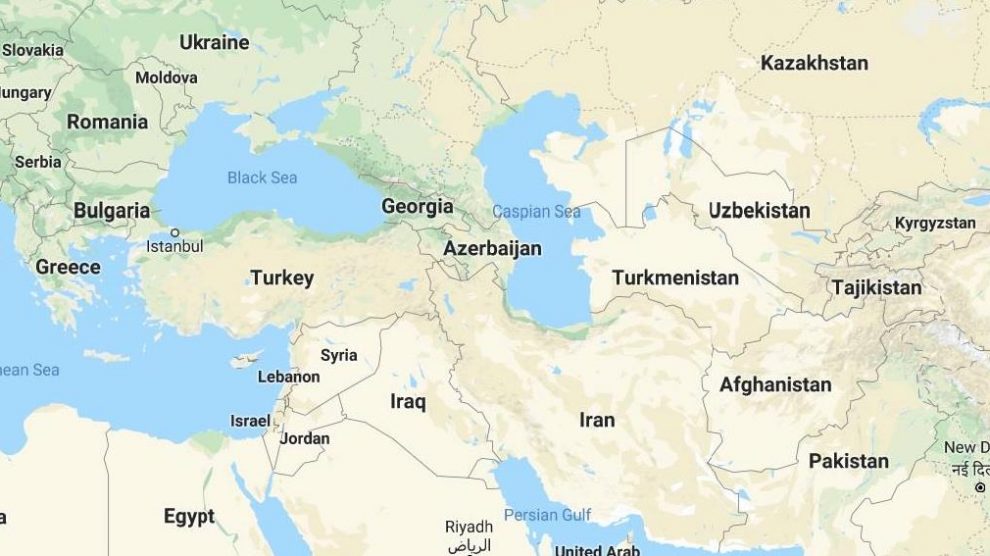 Official Ankara promotes the idea of ​​a "common Turkic house" for the Republic of Turkey (TR) and Turkic-speaking states. In the long run, the Turkish side, primarily in cooperation with the Republic of Azerbaijan (AR) and the Republic of Kazakhstan (RK), intends to create a single political and economic space for all Turkic states with a common market, a single regional energy system, energy transportation system, etc.

Thus, official Ankara intends to fulfill the mission of a new geopolitical, geoeconomic and geocultural center in the South Caucasus and the Central Asian region (CAR). Turkish officials are already emphasizing the training and formation of military-political elites in these regions, as well as the expansion of informational influence on Turkic-speaking countries through the media, scientific institutions, cultural centers and so on.

The factor of the "three forces of evil"

There are several areas in which Turkic-speaking countries and Turkey have similar priorities for mutually beneficial cooperation:

First, the official authorities of the Turkic-speaking countries are generally interested in intensifying trade and economic relations with Turkey in energy, trade and tourism. Turkey is Eurasia's largest energy transit country and seeks to transform itself into a continental energy hub.

Second, Turkic-speaking countries are interested in cooperating with official Ankara in maintaining regional security. As the United States significantly reduces its US military-political presence in the Islamic Republic of Afghanistan (IRA), with all the ensuing consequences, Turkey's active participation in the Afghan issue is in the national interests of Turkic-speaking countries to maintain regional stability.

Therefore, the opposition to the "three forces of evil" (international terrorism, religious extremism and ethnic separatism) underlying the activities of the Shanghai Cooperation Organization (SCO) is an important basis for cooperation between Turkey and Turkic-speaking countries within the Organization.

For Turkey, as a member of the International Security Assistance Force in the IRA, the priority is to ensure military and political stability in the CAR region, while nothing will threaten Turkish economic and energy projects. By the way, at the official level, official Ankara traditionally draws the attention of the official authorities of Turkic-speaking countries to the threat of penetration of radical Islamism in the region, because for official Ankara this threat remains relevant against the background of known events in the Middle East.

The fact is that the composition of the participating countries, the goals of the SCO and Turkey partially coincide and complement each other, allowing Turkic-speaking states to build a balanced strategy to respond to internal and external challenges and risks.

The rapprochement of official Ankara with the SCO is based on the understanding that close cooperation between Turkic-speaking countries and Turkey within the SCO will balance the potentials of its participants, including the Turkish factor will prevent dominance in the South Caucasus and Central Asia.

In other words, all Turkic-speaking states strive for the stability of interstate relations with Turkey, although the interests of the parties do not coincide in everything. For example, supporters and members of the opposition, socio-political Group 24, Youth for the Revival of Tajikistan, and the Islamic Revival Party of Tajikistan (IRPT) have found political asylum in Turkey. All the above-mentioned associations have been recognized as extremist in the Republic of Tajikistan (RT), and their members have been declared internationally wanted. However, official Dushanbe, unlike official Tashkent, did not react so painfully to granting political asylum to its opponents.

In turn, official Tashkent remains wary of official Ankara due to Turkish support for the Uzbek opposition, including the radical, as well as pan-Turkic sentiments among the Turkish elite. In particular, interstate relations between Turkey and the Republic of Uzbekistan deteriorated in the early 1990s, after official Ankara granted asylum to fugitive Uzbek politician Muhammad Solih. In response, official Tashkent withdrew from all Turkic organizations and no longer participates in their activities. In addition, until 2017, it was through Turkey that volunteers from well-known extremist movements and terrorist organizations from Turkic-speaking countries entered Syria and Iraq almost unhindered.

At the same time, official Tashkent is probably interested in developing Turkish-Uzbek interstate relations in the framework of resolving the Afghan issue. The fact is that Turkey is an active player in Afghanistan, and for official Tashkent the aggravation of the military-political situation in the IRA is the main external challenge.

The Kremlin's strategic goal in implementing the Turkish Stream project, which is linked to the Nord Stream and Nord Stream-2 projects, is to significantly reduce Russian natural gas supplies to Europe via Ukraine, rather than Azerbaijani natural gas to Turkey. In Ankara, this factor is not taken into account or omitted. In particular, 15,75 billion cubic meters. m of natural gas through the pipeline "Turkish Stream" plus a possible 55 billion cubic meters. m of natural gas pipeline "North Stream-2" inevitably lead to the realization of the above goal of official Moscow.

It is obvious that such a configuration does not meet the national interests of Ukraine and the policy of diversification of energy supplies to EU countries. Moreover, cooperation between Turkey and Ukraine is developing in different directions - from the economy and defense industry to tourism and culture. Turkey provides logistical assistance to the Armed Forces of Ukraine, conducts joint naval exercises. Turkey and Ukraine have agreements on joint production of radar stations, missile systems, unmanned aerial vehicles, joint space research, etc. On various international platforms, official Ankara systematically declares that it will never support the annexation of Crimea, advocating for the territorial integrity of Ukraine.

Against the background of the well-known problems surrounding the completion of the Nord Stream-2 gas pipeline, as well as the US and a number of EU intentions to acquire Ukraine's GTS, which involves its modernization and use for transit of Russian natural gas to Europe, Turkish Stream maintains Russian natural gas exports to the EU.

In addition, the TANAP and TAP projects, as well as the Turkish Stream, do not carry political risks in the context of the unresolved Azerbaijani-Armenian and Armenian-Turkish conflicts with all the ensuing consequences. It is significant that official Tehran has expressed support for the construction of the Turkish Stream gas pipeline.

Moreover, the European Southern Gas Corridor (YGC) project is the only gas pipeline capable of supplying large volumes of natural gas from Azerbaijani fields in the Caspian Sea - Shah Deniz, Absheron, Umid, Babek and others in Azerbaijan. Caspian sector (only about 2 trillion cubic meters of recoverable reserves).

In other words, official Ankara intends to transform into a regional energy hub, which could hypothetically strengthen its position in the context of relations with the EU. After all, the above-mentioned gas pipelines cannot drastically reduce the EU's dependence on Russian natural gas supplies.

For official Ankara, which imports 99% of its natural gas consumption, it is important to diversify natural gas supply flows, both for geopolitical and economic reasons. After all, any monopoly in the energy sector in Turkey minimizes the ability of official Ankara to ensure balanced pricing in the country. As a result, Russia dropped from first to fifth place in terms of natural gas supplies to Turkey. This is evidenced by the data of the Turkish energy regulator EPDK. In particular, in March this year Russia's share of natural gas supplies to the Turkish market was 9,9% against 33% in March 2019. At the same time this year pipeline deliveries from Azerbaijan on the Turkish market make up 23,5%, the share of deliveries from Iran is 14,2%. In addition, Qatar (20%) and Algeria (13,7%) surpassed Russia in liquefied natural gas (LNG) supplies to Turkey. If we take the results of only the 1st quarter of this year, the import of natural gas increased by 5% - to 15,2 billion.

To achieve the above goal, Turkey requires at least 50-60 billion cubic meters. m of natural gas. Therefore, along with Russia and Azerbaijan, Turkmenistan should become an important energy partner of Turkey. And here it is natural that official Ankara is lobbying for the project of construction of the Trans-Caspian gas pipeline (so far with uncertain prospects). Official Ankara is also interested in obtaining Kazakh oil after the start of its production in Kashagan. It can be delivered by tankers to Azerbaijan and further via the Baku-Tbilisi-Ceyhan (BTC) oil pipeline to Turkey. In addition, official Ankara would like Kazakhstan to join the TANAP project.

However, the coronavirus pandemic and falling world oil prices could not help but affect natural gas exports. In Europe now, almost no one needs natural gas in any serious volumes. The heating season is over, the next one will start in October. European storage facilities are overcrowded compared to previous years due to the warm winter. Falling demand for natural gas in Europe could become a long-term trend. It should also be borne in mind that the EU (in the context of climate change and beyond) is pursuing the use of environmentally friendly raw materials and energy. These factors also minimize Turkey's chances of achieving its ambitious goal.

Against this background, Turkey is actively lobbying for the delivery of goods from China through Central Asia and the Caspian Sea to Europe, the southern branch of which should pass through Turkish territory. The Baku-Tbilisi-Kars (BTC) railway will allow to include the Central Asian countries in the transport and logistics chains, which have so far traded with Turkey mainly through the territory of the Russian Federation.

Moreover, official Ankara views Kazakhstan as an influential country in the post-Soviet space, with the help of which Turkey is able to strengthen its position in the domestic Russian market. Especially since Kazakhstan is considered an active geopolitical player in the Eurasian Economic Union and there are no customs barriers with Russia.

Thus, official Ankara does not yet have the full economic and political resources to establish itself in the region as the main engine of Turkic integration. Moreover, Turkic-speaking countries need serious investment and technical assistance, and Turkey, a country focused on its own development, is not yet able to fully engage in the development of other states. Certain hopes of Turkish-speaking countries that Turkey could become a full-fledged alternative or a kind of "airbag" from the "soft" pressure of Russia and China, did not come true (Turkey is still far from EU membership, etc.).

Turkey's geopolitical presence in the Central Asian region is limited by the weakness of its investment potential. Granting financial assistance in the form of grants, loans and technical support to a number of Turkic-speaking countries is not enough to meet Ankara's ambitions. Turkey's economic cooperation with the countries of the region as a whole is still incomparable with the economic influence of China, Russia, the United States, the European Union, Japan or India, which also have interests in the region.

In addition, the problem of Turkey, as well as China or Russia, is that the United States in a post-pandemic will seek to reorient Turkic-speaking countries in the direction of South Asia (ie India; here and the project to transport Turkmen natural gas, and others directions).

Turkey does not yet associate itself with large-scale projects, but prefers to promote commercial, cultural and educational programs. At the same time, official Ankara relies on formally non-state, but actively supported by the Turkish government structures.

In the post-pandemic period, Turkey will objectively be forced to refocus on solving domestic, mainly economic problems - inflation (devaluation of the national currency), unemployment, resuscitation of tourism and so on. Not forgetting the Syrian and Libyan military fronts…

Uzbek-American Geostrategic Partnership 2.0: Can it withstand the test of time?

Vilnius and Warsaw strengthen the defense of the Suwalk corridor