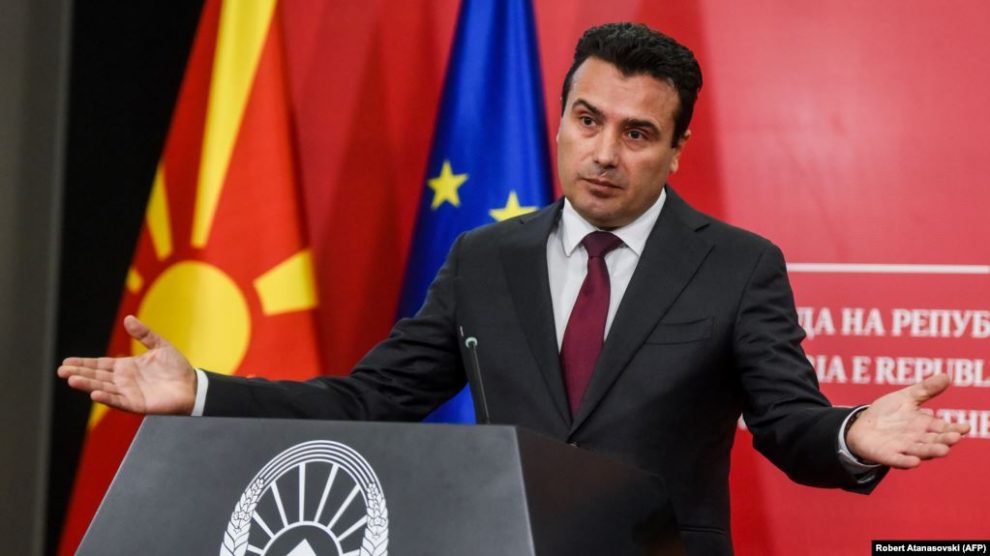 Until recently, the European integration of Northern Macedonia seemed like a success story, but after the October meeting of the EU Council of Ministers, Jean-Claude Juncker, who left the post of the European Commission president, declared it to be a "historical mistake". It did not receive the long-awaited EU accession talks due to the French no, Northern Macedonia and Albania. French President Emmanuel Macron in Brussels stressed that the EU first needs internal reforms and then enlargement. This position of the French president has become a real cold shower for Northern Macedonia. No one in the country, after concluding a historic Prespa agreement to change the country's name and the Friendship Agreement with Bulgaria, expected this decision. The Macedonian government, together with the public, sincerely believed that these "painful" agreements, which they were forced to go for the sake of a European future, together with internal reforms, would be an essential argument for European leaders and would finally set a date for the start of accession talks. However, there were plans in France. And very quickly the mood in Skopje changed from disappointed and apathetic ...

The disappointment in Northern Macedonia is not just about the government. Society now has a strong conviction that the EU has no desire to host the country, even after 10 positive recommendations from the European Commission to open negotiations. Macedonians believe the change in constitutional name has been and remains a major sacrifice on the road to the EU and NATO. The EU, for its part, did not appreciate this and could not reach a consensus to give the country a clear prospect of accession. As a result, the Brussels Summit in Northern Macedonia is dominated by general apathy for the EU.

Zoran Zaev came to power, promising EU and NATO integration and improving the lives of all citizens. Now, three years later, his supporters and voters are feeling a real disappointment in him. In addition to the failure of European integration, which is exclusively associated with it, they also do not like his personal decisions on individual state institutions, the absence of the rule of law so far, a major corruption scandal with the participation of his high-ranking one-party member and Vice President of Macedonia, as well as the continuing difficult economic situation in the country, which, according to statistics, is a factor that annually, in search of a better life in Europe, northern Macedonia leaves about 9 000 citizens.

Calm down with the EU

EU officials, for their part, are trying hard to convince Macedonian citizens that their country's European perspective is still alive, that enlargement will be raised at EU institutions this winter and that the Western Balkans-EU summit will be held in Zagreb next May year, you can find a solution.

Even French President Emmanuel Macron after meeting in Paris with his Macedonian counterpart, Stevo Pendarovski, said he would visit Northern Macedonia in the first half of 2020 to tell Macedonians that there is no alternative to Macedonian EU membership, but EU reform is needed methodology for negotiations with future members. However, it has not given any guarantee that it will change its mind and turn on the country's green light to start negotiations with the EU.

Following the decision in Brussels, RPM President Stev Pendarovsky met with leaders of parliamentary factions, during which they agreed to hold early parliamentary elections in 12 in April. By this time, a technical government will work in the country, which will begin work after Zoran Zaev resigns on January 3. The date of the early elections was agreed on the basis of the so-called 2015 year. The Pristina agreement, under which Macedonian political forces have pledged to relinquish power 100 days before the elections and place the government's tasks on a technical cabinet formed by all political forces represented in parliament. Although this agreement is not legally binding, it has been signed under the auspices of the EU and all political forces have undertaken to implement it. The importance of this agreement is that it is a safeguard against the use of administrative resources in the election campaign and an element of increasing the transparency of the election itself.

Puzzle for the Prime Minister Zaev

On the part of the pro-government SDSM and personally Prime Minister Zoran Zaev, early elections were a logical step and the result of political calculations. First, the SDSM hopes to maintain a consolidated electorate by April, and also that the opposition VMRO-DPMNE will not be able to restore its position to a level that would threaten to lose the election. Secondly, Zoran Zaev wants to prove himself a responsible politician who is ready to accept a sentence of voters at a time when his promises cannot be fulfilled and through the elections he will resume his office's political mandate. Third, the planning of early elections and the possibility for opposition VMRO-DPMNE to regain power is an element of pressure on EU countries to prepare a specific proposal for the integration of Northern Macedonia into the EU by the spring of 2020, which the SDSM could present to society as proof of the effectiveness of his tenure.

In order to increase his chances of re-election, Zoran Zaev also needs the country's NATO accession process to be completed before the election. Even though NATO membership is not as important to Macedonian society as European integration, which is linked to improving their standard of living, the SDSM is likely to actively use this as a demonstration of one of its major successes and an important milestone on the road to the EU. .

As part of its SDSM election program, it will seek to convince voters that NATO membership is a proven fact, and that it did not receive the start date for accession to the EU, not because of its failure to reform, but because of France's stance on reforming itself. EU. Along with this, the SDSM is likely to use such effective tactics as putting citizens ahead of the election: either the country will continue to follow the determined SDSM "the right way", or return back to the times when it, thanks to the reign of former leader of the VMRO-DPMNE Nicholas Gruevskiy, had the reputation of "capture state".

Notwithstanding the above, it will actually be difficult for the SDSM to motivate its constituents, especially if the country does not receive clear signals from the EU at the EU summit in Zagreb and beyond that it will be able to receive accession negotiations. If not, the SDSM's statements that the reforms will now continue not for the sake of EU membership, but simply for the betterment of citizens' lives, will not be understood and supported by the Macedonian society.

Zoran Zaev may have problems in the upcoming elections and say the results of the previous presidential election, when the shaky advantage of his supported Stevo Pandarovski over Gordana Siljanovskaya, behind which stood the opposition VMRO-DPMNE, was provided solely by the expectations of the population because -Pendorovsky will bring them to the EU. Now, Macedonian citizens have no illusions that the SDSM in power is the pledge of EU membership to Northern Macedonia.

The numerous violations of the VMRO-DPMNE during the reign of Nikolai Gruevski, for whom the party members involved were not held accountable, are still quite fresh in the memory of Macedonian citizens and are a serious burden for the main opposition force.

At the same time, the VMRO-DPMNE will actively exploit all the shortcomings of the SDSM during their rule. In particular, today, one can hear the accusations of the current government in the failure in Brussels, and that during the reign of Zoran Zaev, the country is further plunged into corruption, that the government is unable to carry out effective reforms, that it is destroying the economy and is the cause of emigration growth. At the same time, it is stated that only the VMRO-DPMNE, led by Christian Mickoski, is the right choice and that only he will be able to restore the country after the devastation left by Zoran Zaev.

To date, the IMRO-DPMNE supports European integration, but questions the agreement with Greece, which opened Northern Macedonia's path to NATO and EU membership. Therefore, it is likely that the party will resume its nationalist rhetoric, which in turn will increase social polarization both among ethnic Macedonians and between the Macedonian majority and the Albanian minority, which makes up about a third of the country's population.

Although EU membership after Northern Macedonia gained independence was still a strategic goal of all governments, the VMRO-DPMNE in the election rhetoric is likely to raise the question of what the country will need to yield after the significant concessions and closures already made Bulgaria. Given that both Sofia and the new government in Athens have put forward new requirements that Skopje will have to meet in order to secure their support for EU membership, the VMRO-DPMNE will play an active role in this on the feelings of Macedonian citizens. In other words, the opposition in its election program may ask the electorate a direct question: should the Macedonians further degrade their dignity for EU membership? Which, however, can make the northern perspective of Northern Macedonia even more remote.

Five months remain before the election. The political situation in Northern Macedonia remains relatively stable to date, but as the election campaign approaches, it may tend to escalate, in particular because of the intense struggle between the current SDSM and the opposition VMRO-DPMNE.

If the EU does not change its decision to give the country a date to start accession negotiations before the parliamentary elections in Northern Macedonia, then the VMRO-DPMNE, which will actively use nationalist and populist rhetoric, as well as the weaknesses of the SDSM government, are more likely to win them. among them is the European integration failure.