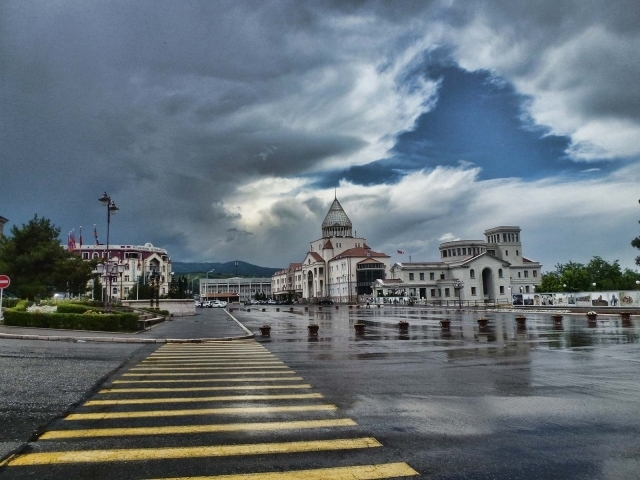 CIACAR-South Caucasus presents an interview with the director of the Institute of the Caucasus (Yerevan), political scientist Alexander Iskandaryan.

Your assessments of the negotiation process for the settlement of the Karabakh conflict. What to expect from the intensification of meetings between the heads of Armenia and Azerbaijan?

The mediators want to revive the Minsk process, which, with 2011, actually did not deal with the conflict, and its management, in particular, attempts to reduce the number of incidents at the border and to introduce systems for their investigation. But these are not steps to resolve the conflict, but the formation of how to live with this conflict. The Karabakh conflict can not be settled, not because the mediators are bad, but because it is unrealistic.

Attempts to revive the settlement process were taken after the change of power in Armenia. But these attempts are not entirely successful for the simple reason that people have changed, but not the process configuration. The resolution of a conflict does not depend on who governs the country. There are a lot of difficulties, and it is not worthwhile to expect a settlement of the conflict in the coming years.

Armenia insists on the return of Nagorno-Karabakh to the negotiating table. Azerbaijan, in its turn, excludes such a scenario. How will this affect the negotiations?

It is methodologically incorrect to monitor the situation on the statements of officials. Officials declare different, aimed at different audiences. Nothing of what is said is not new. The fact that Armenia can not represent the NKR was said literally immediately after the "velvet" revolution. Statements about the inadmissibility of returning territories at different levels were distributed in Armenia and before the change of power. The fact that the NKR, in any form, will not be part of Azerbaijan, have repeatedly stated.

Similarly, in Azerbaijan: only autonomy in the composition of Azerbaijan and the return of all districts were also always spoken. And at the same time, the Minsk process was going on. Leaders met, talked about something. At the same time, they need to work with discourses at once in several areas - the internal audience and the international community. And these are mutually controversial tasks: here it is necessary to be hard, and there - to show flexibility. These statements should always be considered in a specific context. Demonstration of both rigid and more flexible positions is a necessity for the parties.

Does this fit into the logic of negotiations?

Yes At the negotiating table are the Madrid Principles. These principles, when referring to things by their names, are a concept in which the status of territories is divided. Some territories return to Azerbaijan, and some others - become independent or leave Armenia. What territories, in what boundaries, as it will be executed, are all questions of negotiations. There is no other format on the negotiation table.

Can the Azerbaijani leader say aloud about this and the appropriateness of the indicated exchange? The answer is no. In principle, the Armenian leader can, albeit, already cause dissatisfaction in the Armenian society. This is not often, but said, for example, former President Serzh Sargsyan. Nikol Pashinyan, after coming to power, said that there was a negotiation process, which implies the format of the Madrid Principles. But the conversation - let us return the territories, whether it be five districts or one village, and then we will think about whether they agree to serious negotiations, this is a conversation that clearly does not suit the Armenian side. Moreover, it is not satisfied with the leader, but at the level of society, which reacts negatively to conversations about the return of territories. And simply politicians can not but pay attention to society.

The reaction of society is litmus paper?

This is not just litmus paper. This is a reaction to the presence or absence of a carte blanche. Politicians always have something to do with carte blanche, but there is simply no way to do it.

You said that the Minsk group is engaged in conflict management. Given the opposite statements of the parties, can we say that the negotiation process is deadlocked?

No, we can not. The negotiation process can be considered to be in a dead end, if the mediators can not solve the problem for which they are intended. The Minsk process is engaged in three things. First, it provides the channel of interaction between the parties. Even if the leaders have nothing to talk about, they should meet. Conflicts, in which there is a channel of interaction, develop better than those in which it is not.

Secondly, this process is international. In the conditional room there are not only Armenians and Azerbaijani, but also Russian, French and American.

Thirdly, this is one of the security formats. Not far from ideal, which gives a fault from time to time, but it has its own functions.

Exclude completely can not work. But at least, the co-chairs work very closely to minimize them. The negotiation process does what it can and does not demand much more from it.

And what interests are the pursuit of regional players, in particular, Russia as the chief arbitrator?

Countries are different, and their interests are different. Karabakh conflict is unique. In such a tense relationship between the West and Russia, the second such format in which these powers interact, there simply is not. Probably still Afghanistan, but it does not have a format for negotiations like Minsk. The global interest of the states coincides. Russia, the USA, or France do not want wars in the region. Here, the crossroads are not only geographic but geopolitical. Therefore, everyone is working to reduce the risks of escalation.

That is, their own interests in the conflict they do not pursue?

They are being persecuted, but such that one state wants war, and the other - the world, there is no such thing. Here everything is to prevent the war, and to preserve security. In this sense, the interests of all three co-chairing countries coincide.

There is an opinion that it is or only in Russia that the main levers of pressure on the parties to the conflict ...

At different times it was different. In the 1990 years and before the beginning of 2000, Americans were noticeable. There was a time when Europeans took their place. From the beginning of the 2010, the cartel was really given to Russia. But that one of the countries, having separated from all, would start to steer, such does not happen. The reinforcement of the role of any of the mediators is usually agreed upon.

Russia can use the conflict in its own geopolitical interests?

To do this, she needs to destroy the format of the Minsk process. Meanwhile, the mediation action is being coordinated.

In your opinion, there are real prerequisites for the well-known "peoples' preparation for peace"? What steps have been taken and what should be done?

This is not very real. To do this, we need meetings of representatives of the parties to the conflict, which would discuss the problem. Such an opportunity would lead to rationalization of discourse. In the case of such a country as Azerbaijan it is still unrealistic. I say it, not because I am an Armenian. In Armenia and Azerbaijan, there is still a different situation with freedom of speech. There is direct censorship in Azerbaijan, and those whose opinion differs from the official line, or are at risk of being in prison, or they have to emigrate, or simply keep silent.

In the Azerbaijani society, the conflict is acutely ethnically. For ordinary Azerbaijanis, state propaganda gives the image of the enemy not only in the face of Armenia or Nagorno-Karabakh, but also the Armenian as a representative of the ethnic group. French, Russian or American citizens have problems entering the country if their surnames end on "Yang" ...

In Armenia, of course, there are similar illiterate discourses about Azerbaijan, but the conflict is not so ethnically motivated. There are discussions in the society on the topic of conflict. Although after the April escalation of the 2016 year, among those who were abruptly set up peacefully, the ever-growing mainstream is to say, "We will not give a spade of land." The reasons here, in general, are understandable. Serve one hand for shaking hands, and the second one to shoot at the stomach, agree not so much ... In order for the mechanism of "preparation of peoples for peace" to work, political will of both parties is needed.

How do you assess the probability of a renewed war?

There will be no widespread war. Since it will bring apocalyptic consequences. Moreover, there is no scenario in which the war can solve the Nagorno-Karabakh problem. The complete defeat of one of the parties is impossible due to the quantity and quality of the weapon that exists in the region.

Regrettably, I do not exclude the April 2016 escalation of the year ...

Rauf Rajabov: Operation of the Armed Forces of Turkey "Source of Peace" and "Syrian Knot"