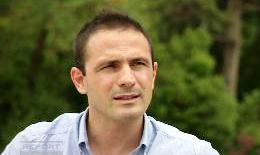 Russia is under heavy duress due to fiscal constrictions and its inelastic investment in energy exports, which make its accounts very sensitive to fluctuations in international demand and market prices.

Russia is under heavy duress due to fiscal constrictions and its inelastic investment in energy exports, which make its accounts very sensitive to fluctuations in international demand and market prices. The role of the ruble as international reserve currency is severely weakened. Russia is now trying to expand its usage through long-term transnational agreements based on gas exports; a project intended to make short-term liquidity available, along with stabilizing its currency rates.

Other players in the Balkan region, such as the EU and the USA are in favor of differentiating the supply of gas by producers other than Russia and this involves the presentation of credible and mature projects; this is a complicated task, since most states involved face security and stability issues.

Russia is now attempting to construct an alternative path involving Turkey, Greece and the FYROM. Nevertheless, both Turkey and FYROM feature foreign policy issues in regard to Greece, such as the invasion of Turkey in Cyprus and the usage by FYROM of the word “Macedonia” in its national and stated denomination. This complicates the path to a sustainable agreement endorsed by all parties.

Along, the newly elected Tsipras government attempts to restore a foreign policy as implemented by the Kostas Karamanlis government between 2004 and 2009. Of course this was attempted in a very adverse time, since tension between the EU and Russia touched a historical height. The Tsipras government invested in a lenient USA stance on its negotiations for the Greek fiscal consolidation arrangements financed by the European Commission, the European Central Bank and the International Monetary Fund. This negation of the ongoing arrangement and the concurrent issue of a follow-up financing arrangement for the period at least until 2017 created space for Russia to enter the game by proposing trade agreements and alternative financing sources based on the adoption of the ruble at least in transactions made in the tourism sector (with many Russians visiting Greece as a tourist destination).

Along Russian is very interested in cementing its presence both in the Holy Mount of Athos which is a monastic autonomous state in northern Greece since 1000 A.C. There is a quota on how many Russian monks can reside in the Holy Mount of Athos and the Russians believe this could be elevated if the Tsipras government adopts a more elastic stance. This issue involves that an operational modus Vivendi is found with the Church of Greece and the Ecumenical Patriarchate of Constantinople which is the top authority in spiritual issues regarding the region of northern Greece. To this light, there is an ongoing activity involving donations by the Russian side to the 21 Monasteries of the Holy Mount so as to uptake religious and cultural activities in the context of the 2016 Year of Greece and Russian friendship.

The alternative of a fiscal and security reorientation of Greece accompanied by cultural and religious connotations was widely used throughout this period of negotiations between Greece and its lenders. It is widely accepted that it has inflicted negative consequences to the Tsipras government, alarmed the NATO forces and deepened the trust-deficit between the two parties. Nevertheless, the fiscal condition of Greece is not credible enough for laying forth the needed assurances for Russia that any draft energy and strategic planning could be materialized in the visible future. Bilateral issues with FYROM and Turkey are there and the equation is very complex when it comes to creating a chain of the three countries led by Russian energy streaming and the Chinese maritime and logistics hegemony.