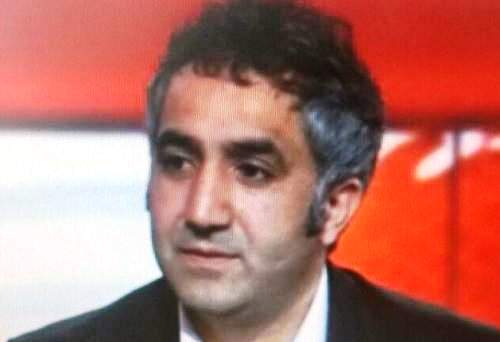 Turkey and Russia are the two superpowers involved in the Middle East and thus have always been cautious and quite mindful of their affiliation. For instance, both parties have been in a fierce competition over forming their ‘hegemony’ in the Central Asian countries and have taken opposing positions in the Syrian war.

Turkey and Russia are the two superpowers involved in the Middle East and thus have always been cautious and quite mindful of their affiliation. For instance, both parties have been in a fierce competition over forming their ‘hegemony’ in the Central Asian countries and have taken opposing positions in the Syrian war.

As for the Russian–Turkish conflict, we should remember that first and foremost, Turkey is a NATO member country. This means a conflict between Turkey and Russia can evolve into a conflict between Russia and NATO. Therefore, it is politically irrational for Russia to further intensify this pressure by taking military revenge on Turkey. If Russia persists with this, it has a potential to put the country in a difficult position concerning the Syria and the Ukraine.

Another layer to this event that has significant importance is US’ involvement – although it may be regarded as a conspiracy theory, was the Turkey alone here or did it have a political support from the US for the shooting down of the Russian warplane?

It is already known that, like Turkey, the US is also slightly uncomfortable with the Russia’s airstrike against the moderate Syrian Opposition Groups. Shooting down a Russia fighting jet and killing a pilot in the light of cameras could be signify a message to the country. Regarding such a possibility, the Russia’s armed conflict with the Turkey can lead to consequences for both parties (the Russia and the US).

The US, therefore, may want to pass on its political message to the Russia through Turkey. The recent MP vote in the UK in favour of air strikes in Syria, as well as new US warships and NATO high technology equipped warships and radar systems being sent to the Mediterranean, suggest that the US has been instrumental in the West’s decision to become heavily involved in the Syrian. Aware of these possibilities, Russia cannot withstand the consequences of a military reaction against the Turkey.

Nonetheless, these factors do not mean that the Russia will quickly stand for or tolerate the destruction of its fighting jet. After all is said and done, this is a matter of national honour for the Russia and, in the long run, it can take similar action against Turkey. In the meantime, Russia is likely to use its economic superiority and Turkey’s energy dependency (mostly natural gas) as a weapon against the Turkey.

The notion of “threat’ (both internal and external), and relying on this, a “controlled-tension” based strategy, is the usual security instrument used by Turkey’s civil and military institutions in order to threaten and control society and establish their authorities. The military has long applied this method and in doing so was successful in eliminating opponent groups who challenged the Turkish state’s ‘founding ideology’, which is based on Turkish national identity, secularism, nationalism and Sunni Hanafi school of Islam. Since then various political parties have applied the same method and it seems that they too have been successful.  This political instability along with conflict with the PKK and ISIS’s attacks in Turkish cities secured the Justice and Development Party (AKP) an unexpected victory – an absolute majority in the Parliament in the November elections, despite the parties’ massive defeat in the June elections. The fear in public that Turkey is at risk in that sense consolidated the AKP’s power.

Can Moscow count on the Kurds?

Ultimately, tension with Russia (whether Turkey is legally right or wrong) is a national matter. Despite the tension within internal politics, an overwhelming majority of the Turkish society will stand with the AKP if the confrontation with Russia escalates. Even though there were criticisms from the secular Republican People’s Party (CHP), the majority of the Turks stand with the AKP. Nationalism either with an ethnic or secular, or religious cover has always been active in Turkey. This alone is motive enough for strengthening the Turkish society’s support for going against the Russia.

It is safe to say that the Kurds who vote for The People’s Democratic Party (HDP) have a different understanding of the incident. They believe one of the primary motives behind Turkey’s act is to prevent Kurdish autonomy from forming in northern Syria. Turkey has already made its opposition to this very clear. Turkey’s reaction to the Syrian Kurds’ autonomy demand has created discontent among the HDP voters. Therefore, tension with Russia may mean not all the Kurds will support the AKP’s Russia policy. Simple searches on Kurdish social media clearly demonstrate this.

Russians’ organisational interaction with the Kurds dates back to the beginning of the 19th century. These relations, however, have always been based on the Russians’ regional interests. Russia’s Kurdish policy (in all Kurdish part in Iraq, Turkey, Syrian and Iran) therefore has been rather pragmatic. The Kurds – although sometimes have cooperated or as it currently stands there is a close relation between both parties in Syria – have never trusted Russia, nor other regional countries or the West. However, as their interests presently overlap, the Syrian Kurds will have to collaborate with Russia in the Syria. Such cooperation between the Kurds and the Russia or the Russia’s support for establishing a Kurdish autonomy in Syria is a red line in Turkey’s Russia policy. Turkey deems a Kurdish territorial establishment in Syria as a threat to its national security because, after a federal Kurdistan in Iraq (which presently is close to independence), a territorial autonomy formation in Syria will most likely push the Kurds in Turkey to claim for autonomy. This is a nightmare for Turkish politics, which has provoked the country to act aggressively against the Kurds’ autonomy demand in Syria. Turkey, therefore, hasn’t taken greatly to Russia’s approach with the Syrian Kurds.