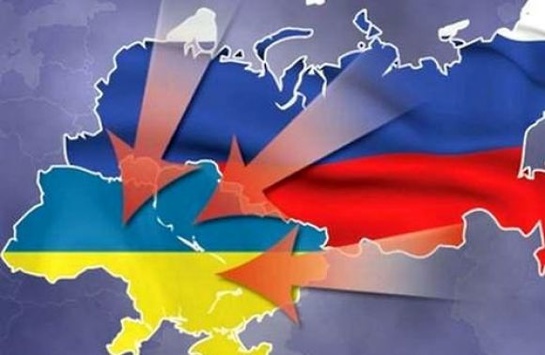 Last year the Center for Army, Conversion and Disarmament Studies (CACDS) predicted more global turbulence with the reinforcement of destabilisation of Ukraine in August-September 2016.

Corrosion of the system of international relations, the impotence of the UN, OSCE and other international organizations, the conceptual crisis of the EU, the election race in the US – all these factors create an ideal space for the Kremlin’s shady dealings in the post-Soviet states.

Moreover, with the failure of the “hybrid” plans for the collapse of Ukraine, together with the accelerating decline of the socio-economic situation in Russia, Putin is becoming more nervous – he will be feeling the need to act fast. The window of opportunity for Putin to exact revenge on a world from which Russia is becoming increasingly isolated will close around the middle of 2017, when the new administration of the United States takes its place on the world stage.

So Putin has only these 10-12 months to act. At the moment he has his hands free: Neither the USA nor EU or UN are ready to support Ukraine freely. If the Kremlin attacks on a massive scale the West will most probably limit itself to diplomatic statements and the prolongation of already existing sanctions. Expansion of the sanctions is hardly probable, and putting lethal weapons at Ukraine’s disposal is impossible under the current administration of the US. At this moment Putin has carte blanche towards Ukraine.

The hysteria in the Crimea over the “Ukrainian reconnaissance and sabotage group”, Putin’s statement that “Ukraine has turned to the practice of terror” and his refusal to get a Normandy format meeting in China on September 5 are all factors which seem to indicate that the situation is coming to a climax.

It should be noted that over the last year Russia has created three powerful grouping of troops all around Ukraine.

Also over the last year the 20th Army (Voronezh) was reinforced. The 10th Guards Tank Division (Boguchar), disbanded in 2009, has been reformed.

In the Rostov region the command structure of the Russian occupational forces in the Ukrainian regions of Donetsk and Lugansk areas has been formed on the basis of the Territorial Troops Center (Novocherkassk).

In practice, we are talking about the formation of a new Army of the Russian Armed Forces which consist of the 1st (Donetsk) and the 2nd (Lugansk) Army Corps, as well as the 150th motorized rifle division (Novocherkassk). It is planned to continue the expansion of this Army.

It is important to emphasize the fact that all Russian military units that are located in the occupied territory on Ukrainian Donbass are regular formations and units of the Russian Armed Forces, augmented by collaborators from the citizenry of Ukraine.

In January 2015 Putin signed a decree On Amendments to the Regulations on the Procedure for Military Service, according to which any foreign citizen was allowed to serve in the Russian Armed Forces on a contractual basis, if he or she speaks Russian and hasn’t previously offended against the law. According to this decree, all of the personnel of the 1st and 2nd Army Corps are regular servicemen of the Russian Federation Armed Forces.

As the result, Russia has established at the Ukrainian border a grouping of three powerful forces that can immediately launch an offensive against Ukraine. One possible scenario is an assault on Kyiv, with simultaneous attacks from two directions surrounding Ukrainian forces engaged in the active conflict with Russia in the Donbass region. These additional attacks could come from the Crimea and Transdniester regions.

The Kremlin may launch a full-scale war against Ukraine at any time. Even minor and non-strategic developments (such as an attack on the leaders of terrorist organizations LPR or DPR, or fake “Ukrainian terrorists” in the Crimea) may create the catalyst.

As for the time when Putin will give the order to attack Ukraine, here can be mentioned a few presumptive dates:

– the Independence Day of Ukraine is a special stimulus, because this holiday refutes the Kremlin’s thesis that Ukraine is not a state at all, despite 25 years of independence.

– The military exercises Caucasus-2016, which begin in Russia in early September, can be transformed into a military operation against Ukraine and become the beginning of a high-intensity war .

Firstly, the election campaign in the United States reached that point, when it is almost impossible to be digressed by the Ukrainian situation.

Secondly, the EU is struggling with its own problems, many of which, in the opinion of some of the European leaders, could be solved with the help of Russia.

And very importantly, the elections in the Russian Federation require the unification and solidarity of the electorate. It is a fact that war and the external enemy traditionally play into Kremlin`s interest.

The CACDS cautions that the weakness of the US and EU will allow the Kremlin to impose any scenarios it wishes upon the post-Soviet space for the period of the next 10-12 months.

Against the backdrop of a deep economic crisis in Russia and on the eve of the parliamentary elections in the State Duma the Kremlin has started developing the necessary propaganda programme, reinforcing the image of the heroic struggle, and disseminating fake proofs about America’s war against Russia in the territory of Ukraine, etc.

If Russia is successful in carrying out a full-scale attack on Ukraine, the cult of Putin’s regime will be reinforced, and his personal popularity will grow, despite the extreme deprivations of the economic situation in Russia.

The successful implementation of this plan will fulfill the main task of the Russian aggression against Ukraine – the complete destruction of the Ukrainian state. It will solve some other important issues.

For example, a land bridge to the Crimea turned into a military base, the removal of the issue of construction of the Crimean bridge, the problem of Transdniester blockade and so on.

In this regard, the CACDS appeal to the leadership of the Ukraine to take additional measures to train troops and bring them to readiness in case of a sudden invasion by Russian forces. Ukrainian forces should be on full combat alert from the 20th of August to the 20th of September. Steps should also be taken to prepare the people of Ukraine in order to avoid panic, and to mobilize civilians to fight.

The CACDS insists on the need for a detailed consideration of the possibility of the establishment of the defense emergency in certain regions of Ukraine: namely Donetsk, Luhansk, Kharkiv, Chernihiv, Sumy, Kherson, Mykolaiv and Odessa.

The CACDS urgently appeals to the thinktanks and public organizations of Ukraine, public persons, politicians, and relevant experts in order to prepare and implement joint appeal to the heads of NATO and EU member countries to increase pressure on the Russian Federation and prevent bloodshed.

The CACDS calls for the unlocking of currently frozen military-technical cooperation between Ukraine and EU, and to implement it without any restrictions on the supply of technology, arms and military equipment, in order to provide military assistance to Ukraine.