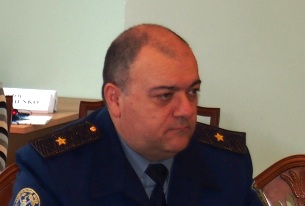 In the context of the covert military aggression of the Russian Federation, the ongoing "hybrid war," the annexation of Crimea, and Russia's strong support of illegal armed groups in the Southeast of Ukraine, we are viewing our military cooperation with NATO and EU countries through the prism of Comprehensive Security and Defense Sector Review. The priority of this cooperation should be increasing the operational capabilities of the Armed Forces of Ukraine, in order to repel aggression in the course of possible escalation of the conflict.

In the context of the covert military aggression of the Russian Federation, the ongoing “hybrid war,” the annexation of Crimea, and Russia’s strong support of illegal armed groups in the Southeast of Ukraine, we are viewing our military cooperation with NATO and EU countries through the prism of Comprehensive Security and Defense Sector Review. The priority of this cooperation should be increasing the operational capabilities of the Armed Forces of Ukraine, in order to repel aggression in the course of possible escalation of the conflict.

International military cooperation also plays an important part in the creation of a modern and combat effective Ukrainian army. The promising directions of this cooperation shall be as follows:

In terms of operational capabilities increase, we must concentrate our efforts, first of all, on establishment of high-quality command, control and communications system (C3), logistics network, as well as Special Operations Forces, and effective military medicine.

One of the main mechanisms for profound reform of the above areas is the U.S. – Ukrainian Joint Coordination Committee for Military Cooperation and Defense Reform (JCC).

It is crucial that other countries in the region are also mindful enough of the present threats. Today, this includes not only Ukraine, but also Romania, Bulgaria, Lithuania, and other countries that share a border with Russia and observe intense military training exercises being conducted in their proximity.

The plans for 2015 include carrying out of four training exercises on the territory of Ukraine, and involving personnel and equipment of the Armed Forces of Ukraine in seven multinational exercises outside of Ukraine. Additionally, Ukraine plans to participate in five more multinational command-staff exercises for staff officers.

The direction of the Russian aggression is not exclusively Ukraine. In a broader context, this aggression presents a threat to the safety and stability of all European and world countries – as it leads towards complete destruction of the existing system of international relations and international law. This new threat requires all countries in the region to create new international mechanisms for overcoming such challenges, as well as entirely new instruments. An example of one such instrument is the creation of the LITPOLUKRBRIG – an international military brigade formed of Lithuanian, Polish, and Ukrainian armed forces’ units.

Separate note should be given to the issue of procuring assistance from NATO and EU countries. At this time, material and technical aid is the most effective form of assistance for us. The national economy is devoting significant effort to supply and equip the AFU, but we are still lacking certain military supplies and equipment. International technical assistance programs provided by the U.S. Government are being implemented in the AFU. Starting from 1997, over 150 contracts have been concluded, for a total of almost USD 200 million.

Starting from 2014, we received over USD 25 million in military supplies from the USA according to valid international technical assistance contracts, to provide for the top-priority needs of the AFU. The total amount of humanitarian aid received by the AFU from all countries was over USD 69 million.

Despite the complex situation and certain economic restrictions, Ukraine shall keep observing its international obligations. This means that we will continue taking part in the NATO Response Force, the Operational Capabilities Concept, and the Partnership for Peace Planning and Review Process, even though the latter would require significant adjustment. We also view our continuing participation in NATO operations as an effective way to increase specific operational capabilities of the Armed Forces of Ukraine.

NATO Trust Funds disposal is another primary mechanism to achieve our objective.

The decision to create new NATO Trust Funds for the Ukrainian defense sector support was made at the meeting of the NATO-Ukraine Commission at the Foreign Ministers level, June 25, 2014 (Brussels, Kingdom of Belgium).

During the NATO Summit in Wales (September 4 to 5, 2014), NATO officially announced the creation of the following Trust Funds:

At the meeting of the NATO-Ukraine Commission at the Foreign Ministers level, on December 2, 2014 (Brussels, Kingdom of Belgium), the above NATO Trust Funds practical implementation commencement was officially announced.

One of the directions for the new NATO partnership policy implementation (adopted by NATO Foreign Ministers at their meeting in Berlin in April 2011) is involving partner nations in multinational projects as part of the Smart Defense concept.

At this time, a decision has been made for Ukraine to participate in Project 1.28 “Harbor Protection” (lead nation: Portugal) and Project 1.12 “Female Leaders in Security and Defense” (lead nation: Bulgaria). In this context, the Mission of Ukraine to NATO is working with the lead nations to formalize the issue. Additionally, the possibility of Ukraine’s involvement in the “Alliance Defense Analysis and Planning for Transformation” project (lead nation: Norway) is under discussion.

The main top-priority directions of military cooperation with the EU also remain unchanged.

Armed Forces of Ukraine’ assets involvement in the EU Battlegroups formation is one of those paramount directions of cooperation with EU.

After consultations with the V4 States (Poland, Czech Republic, Slovakia, Hungary), a decision was made to deploy a group of staff officers and an IL-76 aircraft of the AFU Air Force (with crew), as Ukraine’s contribution to the Battlegroup of these states. Its alert period is scheduled for the first half of 2016.

Another one of our joint projects is educating AFU representatives on the subject of the EU’s Common Security and Defense Policy. The project is being carried out in Ukraine as well as abroad.

In the scope of this initiative, creation of the Eastern Partnership Technical Assistance Trust Fund was an important step. The Fund was established by Lithuania, Latvia, Hungary, and the United Kingdom; according to the Memorandum of Understanding between the signatories, Lithuania has been appointed as the Coordinator of the Fund. In addition to the above countries, Luxembourg joined the Trust Fund financing.

The purpose of the Fund is facilitating cooperation between the European Union and the Eastern Partnership states under the EU CSDP, by providing financial support.