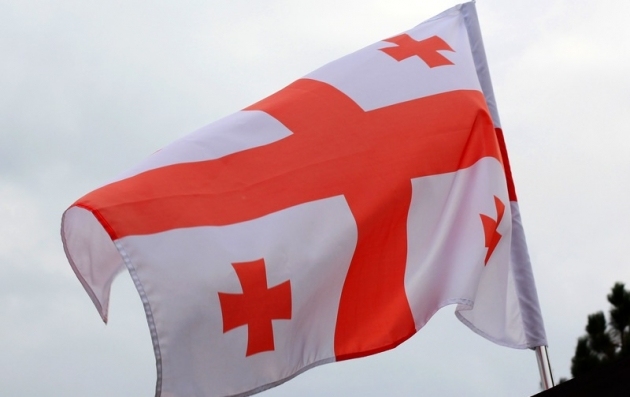 On October 31, parliamentary elections will be held in Georgia.

Many old and new political forces are expected to join the fight for seats in the next parliament.

In this context, I consider it very important how political parties and forces see the priorities of Georgia’s foreign policy for next few years.

On March 7, 2013 Parliament of Georgia approved “Resolution on Basic Directions of Georgian Foreign Policy”. Thethird point in this declaration states clearly “Integration into the European and Euro-Atlantic structures represents the main priority of the country’s foreign policy course. For the purpose of achieving strategic priority and gaining membership in the European Union and the North Atlantic Treaty Organization, Georgia will take further steps for building and strengthening democratic institutions; establishing a governance system based on the principle of the rule of law and supremacy of human rights; and ensuring the irreversibility of sustainable economic development. Georgia will not join such international organizations, whose policies contradict these priorities”.

However, since 2013 many years have passed. Georgia has not become a member either of NATO or the EU. In connection with the fact that the promised NATO membership of the country has not met, we can recently observe rise of anti-Western mood among local society in Georgia. Also we can observe that slogans about the possible “neutrality of Georgia” mainly spoken by Nino Burjunadze and “Alians of Patriots” slowly begin to gain popularity in the country. These views are accepted by Moscow and are implicitly supported by Russia. For Putin’s Russia “dissolution of Soviet Union was the greatest tragedy of the XX century”. That means Putin’s present policy is based on Soviet ideology and he will never forget and never forgive the West for destroying his former homeland. His aim is to reestablish Russia as a world power. Putin,still after so many years since the Belarussian agreement was signed, does not consider the former states belonging to the USSR as independent states. He tries to control all CIS courtiers and keep them in his “Russian World”.  Georgia made several attempts to free itself from a”friendly grip” of the northern neighbor.

After 2008 war Six Point Ceasefire Agreement was signed in which between others Russia made a commitment to provide “Unfettered access for humanitarian aid providers” and that of their forces to “go back to positions they held prior to the outbreak of hostilities. Pending an international peace monitoring mechanism, Russian peacekeepers will take additional security measures”.Russia has not fulfilled these points of the agreement so far.

This clearly shows that Russia not only ignores and disregards international law but also does not fulfill the agreements it has signed. Failure to fulfill these obligations means that Russia cannot be treated as an equal partner or serious talker among international community. And in the near future there are no reasons that Putin’s Russia could change its position.

On the contrary, it must be taken into account that Russia will intensify its imperialist policy in the near future, aimed at further subordination to other states including Georgia.

This is why it is very important for Georgian’s authorities and civil society to stimulate efforts to counter formal and silent Russian aggression.

Speaking about Georgia’s euroatlantic aspiration we have to take under consideration geopolitical position and location of the country.  The territory of Georgia becomes a battlefield for civilization between East (Russia) and the West (NATO and EU countries). Weakness and a lack of unequivocal support for Georgian Euro-Atlantic efforts may mean that the West will leave this country alone,and consequently, give this country back to the Russian sphere of influence. Is this what Western countries are all about? I hope not.

It has been more than 12 years since famous “Bucharest NATO Summit” took place during which Georgia was promised Alliance membership.

But in place of membership Georgia year by year is preparing and fulfilling only Annual National Programme.  Many years of efforts to obtain Membership Action Plan as far didn’t bring expecting, positive, result.

Georgia stands on crossroads today. Moscow intensification of involvement, the increase of pro-Russian forces in the region threaten the stability and security of Georgia.This is whynew visions and active actions have to be taken by Government of Georgia to breakthrough current deadlock in foreign policy.

It seems that Georgia has few options to define and determinate priorities and directions of its development:

In my opinion the worst solution for Georgia will be if the society rejects efforts to enter NATO and integrate with European Union. However, such a threat actually exists. And such a threat is not only the result of an increase activity of pro-Russian forces in Georgia but also the result of a slowdown ofeuritegrationpace of the state itself.

I believe that only by increasing efforts of local society and state institutions on the path of euro – atlantic integration can guarantee security and stability for and in Georgia. That is why I consider it necessary that all political forces fighting for seats in the future parliament have to clearly defined their priorities of foreign policy, and intend to pursue if they gain power in the state.