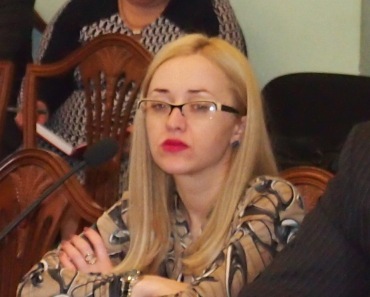 In the light of the long-term armed aggression against Ukraine, when the key task of the state is to significantly increase the combat ability of the Armed Forces and other power structures, the issues of creating and implementing the military-technical cooperation (MTC) policy become especially important.

In the light of the long-term armed aggression against Ukraine, when the key task of the state is to significantly increase the combat ability of the Armed Forces and other power structures, the issues of creating and implementing the military-technical cooperation (MTC) policy become especially important.

The main priorities of Ukraine in the medium term should be realignment of markets and domestic rearmament. Achieving these goals requires increasing the efficiency of state regulation in the sphere, ensuring an adequate level of financing for the appropriate measures, and coordinating actions in international armaments markets. Changing the direction of MTC with foreign states must take into account Ukraine’s international obligations, while giving priority to its national interests.

The priorities of structural reforms in the defense sector should be as follows: efficient use of Ukraine’s defense potential; a balanced MTC policy; and effective instruments for financing the defense and security sector.

The above is predicated by the fact that the unrest in the eastern regions of Ukraine was combated under extreme conditions during the last year.

In 2014, the needs of the Armed Forces of Ukraine and other military formations were financed by funds provided for in the state budget, as well as through donations of individuals and legal entities, from the reserve fund, and through issue of state bonds.

This practice is unprecedented for Ukraine. The main reasons for this state of things were the low quality of defense planning and the implementation of programs for development and restructuring of the Ukrainian defense industry that could not be sufficiently funded throughout the years of Ukraine’s independence.

This is why, after finding itself in a crisis situation, the Ukrainian defense industry turned out to be unable to fully satisfy the AFU with the required armaments and military equipment.

The above translates to the need for importing modern weapons and military equipment systems. Their high cost is a burden for Ukraine’s budget even given the increase of defense spending in 2015.

Thus, the need arises for Ukraine to implement a practice that would significantly decrease the burden on the budget and the economy as a whole, in the course of MTC with foreign countries, and specifically, when importing weapons and military equipment.

A favorable alternative would be enabling Ukraine to use the offset scheme for purchasing weapons and military equipment – a compensation for the purchased defense products in the form of investment in the importer’s economy.

In developing the regulatory base on the issues of offset transactions, the Ministry of Economic Development and Trade of Ukraine studied the international practices of offset agreements used by European countries and NATO members.

When assessing the prospects for implementing the researched practices, we worked primarily based on the necessity of evaluating state regulation of offset transactions and the interdepartmental cooperation between authorities and institutions managing the issues of offset transactions. Particular attention was paid to the status of the defense industry in the countries researched, their international cooperation links, and their key partner states for purchases of weapons and military equipment.

As a result, we created a scheme similar to that used by the Republic of Poland. The Law of Ukraine “On the State Defense Order” determines the prerequisites for offset transactions; a resolution of the Cabinet of Ministers of Ukraine approves the Procedure for Concluding Offset Agreements and types of compensation; a commission for offset transactions was created in the Ministry of Economic Development and Trade of Ukraine.

Implementing offset procedures in Ukraine aims to satisfy Ukraine’s needs in the military and civilian spheres on terms that would be the most beneficial for Ukraine.

The desired result of implementing and carrying out offset transactions in Ukraine is attraction of new technologies and investments to the national economy.

Domestic coordination in the issues of offset procedures has been appropriately organized – specifically, representatives of all state authorities that may be involved in offset transactions are members of the offset commission created in the Ministry of Economic Development and Trade of Ukraine, and will be taking part in implementing measures aimed at improving operations in this field.

The key aspects of offset transaction development are aligned with strategic program documents that determine the methods for further development of the defense industry, research industry, and Ukraine’s military-technical cooperation with foreign states.

To this end, the Ministry of Economic Development and Trade of Ukraine is currently working on suggestions for possible methods to implement offset projects in the medium term.

Together with the Ministry of Defense of Ukraine and State Conglomerate Ukroboronprom, we are researching prospective directions for attracting foreign investments, including investments of strategic value for the development of the defense and security sector.

In terms of practical preparation, we are preparing a list of companies that can be involved as beneficiaries of offset liabilities, and lists of defense products, goods, and services to be purchased in the medium term for amounts in excess of EUR 5 million.

At the same time, preparing offset projects is a lengthy process, and concluding offset agreements during the anti-terrorist operation is not economically feasible, because there is no real possibility to determine the expected economic effect from the potential compensation.

Considering the above, the Ministry of Economic Development and Trade of Ukraine, by suggestion of State Conglomerate Ukroboronprom, prepared and submitted to the Government’s consideration a draft of amendments to the Law of Ukraine “On the Government Defense Order,” which provide, in particular, that compensation (offset) agreements shall not be concluded during the special period, in a state of emergency, and during the anti-terrorist operation.

Therefore, Ukraine today has the capacity to implement and carry out offset operations, which should result in attraction of new technologies and investments to the national economy.

Ministry of Economic Development and Trade of Ukraine