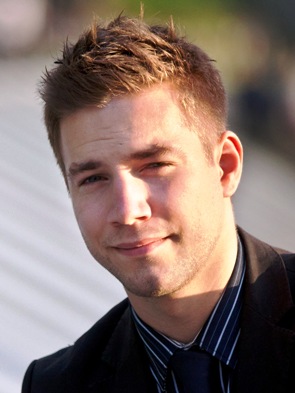 Poland sued the European Commission (EC) to the Court of Justice of the European Union over its decision to increase Gazprom's access to the OPAL pipeline from 50 to 80/90%. OPAL is Nord Stream's branch in Germany. The EC ruling will allow the Russian giant to up its gas transfers to Central and Eastern Europe without constructing Nord Stream 2. Thus, Moscow bought time to defend the project against criticism from Poland, Ukraine and others.

Poland sued the European Commission (EC) to the Court of Justice of the European Union over its decision to increase Gazprom’s access to the OPAL pipeline from 50 to 80/90%. OPAL is Nord Stream’s branch in Germany. The EC ruling will allow the Russian giant to up its gas transfers to Central and Eastern Europe without constructing Nord Stream 2. Thus, Moscow bought time to defend the project against criticism from Poland, Ukraine and others.

The Court suspended the implementation of EC’s decision until the dispute is settled. However, the full content of the decision remains unknown as it has not been published. Kiev and Warsaw together criticize EC’s ruling, which may or may not be eventually scratched by the Court. In their view, it benefits the existing German route and its future expansion through Nord Stream 2 and EUGAL, and thus threatens Ukraine’s position as a transit state and hinders Poland’s and the region’s gas market diversification.

Marginalizing the German route is in Poland’s and Ukraine’s interest, which also pushes the countries to jointly pursue the construction of the Poland-Ukraine gas pipeline. Despite the fact that Kiev expects to become energy independent by the end of the decade, a careful consideration of this prognosis could lead to the conclusion that Ukraine may be interested in replacing its reverse supplies from Slovakia with gas transported from Norway through Poland. Political reasons, such as a non-Russian source of gas and transfer infrastructure independent of Gazprom, which is something Slovakia cannot ensure, may make it happen even if today Kiev has little interest in new gas purchases.

In the long run, Poles could use the announced privatization of the Ukrainian transfer and storage infrastructure to strengthen their gas hub by increasing storage volume to 31 bcm a year, which would allow them to manipulate the resource’s price. However, this would require transparency and necessary anti-corruption mechanisms on the part of the Ukrainians, which would guarantee the investment’s security.

These attractive perspectives are one of the reasons why in 2017, we should expect more attempts made by Moscow at discrediting the Ukrainian gas transfer route and a simultaneous promotion of the German option. In the recent years I have predicted that to achieve this, Russians will not need a Ukrainian transfer crisis that could mobilize European politicians against Gazprom, as it happened in 2006 and 2009.

This year, Gazprom has traditionally warned against supply halts and it also decreased pressure in transit pipelines on purpose. Yet, so far no supply cuts took place. Ukrtransgaz reported on December 28 that the pressure was still low. The EC sent a regular observatory mission to Ukraine to monitor the situation, which should help to take joint action if problems with supply occur. Ukrainians are planning to maintain maximum transparency in case of a crisis.

Still, a pretext that may originate from Ukraine’s Moscow-influenced internal political scene, may cause a potential provocation. It is less likely that Gazprom will turn off the tap without a guise. The terrorist attack on the power lines from Ukraine to Crimea in November 2015 for which Kiev was blamed, may be an example here. If turning the tap off is not beneficial, and if Ukrainian authorities do not offer Moscow an alibi to blame them for supply cuts, maybe an attack by little green men on the transfer pipeline will do the job?

One can imagine a situation where supporters of hard-line policy towards Russia would sabotage the gas transit system. Another scenario that should be taken into account is a repeat Black Energy cyber attack, similar to the one that took place in 2014 and which paralyzed Ukraine’s electric power infrastructure. Cyber attacks forced the US to introduce new sanctions against Russians connected to them. US media are suggesting that the same hacker group is responsible for attacks in the States and Ukraine.

Ukraine’s and Poland’s position is also being undermined by the unexpected events around the OPAL pipeline. On 30 December, Gazprom’s CEO Aleksey Miller announced that the company increased gas volume in the pipeline. This was confirmed by the Ukrainian Naftogaz, which warned that increased usage of the German route took place at the expense of transfers via Ukraine. On the same day PGNiG informed on the Polish evening news – Wiadomo?ci TVP – that a German court followed the Court of Justice ruling and forbade the OPAL’s operator to act on EC’s decision.

It remains unknown whether Gazprom broke the law on purpose and increased its OPAL use despite the rulings given by the Court of Justice and the German judge. PGNiG pointed out that Gastransport GmbH, which is OPAL’s operator has not published an official statement. Yet, OPAL’s increased capacity is a fact on the PRISMA gas market. The latest news on the operator’s webpage is about the EC’s decision and was published a day after it had been announced, which was 28 November.

The OPAL case has been plagued with lack of transparency since the beginning. The EC’s decision has not been published in the form of an official document yet. PGNiG has not received it in spite of numerous requests. The German operator manipulated press information to make it impossible to withdraw the instruction that allowed to implement the decision. First, it announced it could withdraw the decision at any time only to say moments later it was impossible. This issue was also raised by PGNiG.

Since an open gas crisis in not beneficial, Russia employed an array of tools that will let Moscow blur the responsibility for  the increasing tensions in the CEE gas sector. The only solution is EC’s decided actions in cooperation with the affected member states, including Poland and also Ukraine, which belongs to the Energy Community.