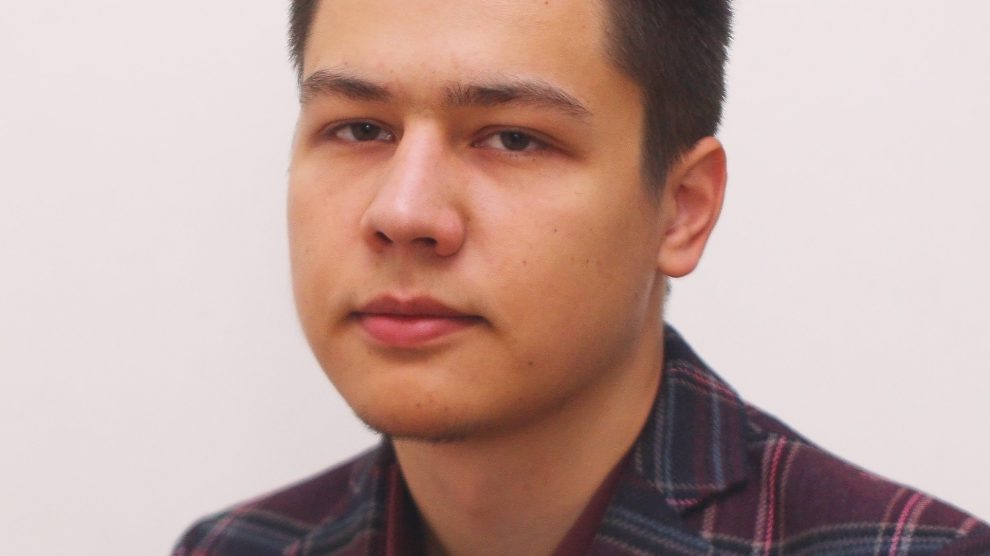 Russia’s behavior has disturbed the present-day global geopolitical algorithm. The Kremlin is now perceived as entirely unpredictable to the Western World. Therefore the West, having counted the costs, set out to localize the conflict over Ukraine and to weaken Russia’s position as much as possible by applying a policy of sanctions. At the same time, political centers in Europe and the United States are united in their desire to distance themselves from any military involvement in the east of our country.

Russia’s behavior has disturbed the present-day global geopolitical algorithm. The Kremlin is now perceived as entirely unpredictable to the Western World. Therefore the West, having counted the costs, set out to localize the conflict over Ukraine and to weaken Russia’s position as much as possible by applying a policy of sanctions. At the same time, political centers in Europe and the United States are united in their desire to distance themselves from any military involvement in the east of our country.

Meanwhile U.S. parliamentarians proved more willing to respond to Kyiv’s concerns. This doesn’t mean, however, that the White House would be quick to go in for such a move. The prevailing view among the Barak Obama’s administration is that Russia could have an important role to play in negotiations over the Iranian nuclear program, which would determine much of the success of the US-led coalition against the terrorist Islamic State (ISIS).

So, as we can see, nobody is in a rush to sacrifice own security and welfare for the sake of Ukraine, despite all the declarations of “strategic partnership” that has until this date served as a basis for building relations between Ukraine and the Euro-Atlantic community.

This being so, the only way for Ukraine to maintain its international legal subjectivity is to boost its drive towards integration into NATO. Real security assurances for Ukraine must be put in place of The Budapest Memorandum. Only one such assurance exists, which is Article Five of the NATO Treaty.

Recently, NATO Secretary General, Jens Stoltenberg, when asked about prospects for Ukraine’s NATO membership, said : ” It is up to Ukraine to decide whether to submit the bid for NATO membership or not. Ukraine should decide that. If it submits, we will consider the application in the same way as we consider the application of any other country”. These words were interpreted by many in Ukraine almost as a green light from the Alliance. But the reality now is that there is no consensus among NATO Members regarding Ukraine’s possible accession.

Senior Ukrainian leadership, for their part, haven’t shown a clear strategy for achieving that goal. As Ukraine’s Ministry of Foreign Affairs reports on its website, an effort is in progress to develop  “a new national coordination system for Ukraine-NATO cooperation — based on the NATO-Ukraine Commission Summit Meeting resolution on further development of the NATO-Ukraine Distinctive Partnership, and pursuant to the decree of the President of Ukraine of 24th  September 2014 enacting “The National Security and Defense Council of Ukraine Resolution of 28th August 2014 on ‘Urgent Actions to Defend Ukraine and Strengthen its National Defense Capacity’”. In reality, however, the opposite has been the case. The progress of negotiations with the Russian side reveals the Ukrainian leadership’s willingness to auction off to Great Powers the only possible opportunity to achieve international security. That said, the mere fact that senior NATO officials, after long months of silence, mentioned the topic of Ukraine’s possible admission into the alliance, inspires moderate optimism.

Besides the obvious inertness on this subject shown by Ukrainian and Western elites, experts point to a whole range of other impediments on Ukraine‘s path to NATO membership. Most of these impediments have emerged over the past 12 months. Of the above, the most commonly mentioned are an ongoing territorial dispute and the perceived threat of a full-scale Russian aggression. As a matter of fact, the former argument is unfair, because in 1974, Turkey, a NATO member, annexed Northern Cyprus, and the self-proclaimed Turkish Republic of Northern Cyprus has remained unrecognized by other members of the Alliance to date.

Given a deep division among Western nations over the prospect of NATO membership for Ukraine, CACDS requested comments from renowned European and U.S. experts.

Iulian Chifu, President of the Conflict Prevention and Early Warning Center (Bucharest, Romania), insists that Defense Sector Reform is an urgent necessity for Ukraine: “Let us look at the prospect of NATO membership for Ukraine. First, we do have an answer given by the NATO Summit in Bucharest, that Georgia and Ukraine will become members of NATO. Then, we have a statement made by French President Francois Hollande in the run-up to the Minsk negotiations, that Ukraine is not going to become member of NATO. Hollande cannot talk in the name of NATO, however, all decisions of the Alliance are taken by consensus. So, cooperation, but not membership is pretty possible for the moment being».

«We need a solid reform in the Security Sector in Ukraine, in order to have solid institutions to cooperate with. […] I think it will take some two years to reform Ukraine’s Security Sector and at least 10-12 months to modernize the Ukrainian military. […] But this would take time, political will and making the sense of the fact that there’s a war going on involving not only Ukraine and Russia, but all the Western world and its democratic values on the one side, and Russia, with its authoritarian approach, revisionism, non observance of rules and commitments undertaken under international treaties, on the other side».

Michael Kofman, an expert at Wilson Center (Washington DC, USA) is more cautious in his assessment of possible NATO-Ukraine cooperation expansion: “Ukraine continues to be a significant member of the NATO PfP (Partnership for Peace) program.  There may be some new framework established for handling security assistance to Ukraine, but my view is that each country will likely manage their level of assistance as they see fit.  I don’t foresee any new NATO or European security framework for cooperation with Ukraine. The decision making in such an arrangement would probably limit the countries that want to contribute more to Ukraine without proving of much benefit anyway».

Kornely Kakachia – Professor of Political Sciences at Ivane Javakhishvili Tbilisi State University: “I think that, taking into consideration that Ukraine lost time to upheld its NATO ambitions during Yanukovich’ administration, its very difficult to speak about a clear prospect of NATO membership at this moment. However to be realistic Ukraine needs to beef up  new regional security initiatives which could involve NATO member countries like Poland, the Baltic States, Romania, and non members such as Moldova and Georgia to properly address regional security challenges. Of course it should be coordinated closely with EU and NATO leadership. It is Ukraine who could have an important role to play in pursuing the Black Sea and Baltic Sea security cooperation».

Jiri Schneider, Senior Fellow, Prague Security Studies Institute: «There is a format of NATO-Ukraine Commission (NUC) which should be fully utilized as a primary framework for cooperation. Beyond that, a presence of NATO advisors, establishment of liaison with NATO Information Office in Kiev should be employed as well as bilateral arrangements between Ukraine and NATO Member States”.

“NATO membership for Ukraine is impossible for the time being, largely because of the lack of will on the part of the Alliance, and there are no signs that this situation would change in the near-term future. Actually, Ukraine is in a state of military conflict with Russia, which certainly is of concern to NATO. But at one time, neither the splitting of Germany into FRG and GDR and the West Berlin issue, nor the lack of democracy in Turkey prevented those countries from being admitted to the Alliance. The internal challenges facing Ukraine and its war with Russia are more substantial circumstances but they are not crucial factors.

Ukraine should formally state its willingness to join NATO and aspire to develop binational and multinational relations with the countries that are favorable to it or are feuding with Russia (the USA, Canada, the Nordic States, Poland, the Baltic States, Romania, Australia). Military-to-military engagement between Ukraine and the countries herein mentioned should be focused on achieving the following goals:

Tomas Janeliunas, political scientist, head of department at Institute of International Relations and Political Sciences, Vilnius University, says that membership for Ukraine should not be removed from NATO’s agenda.

“The biggest mistake would be to yield to the demands pressed by the Russian regime, and to adopt a position that Ukraine should remain a neutral state, and should not even think of a possibility of integration into EU or NATO. “This kind of ‘appeasement’ of Russia will automatically make the Kremlin’s stance even more aggressive”.

“Right now the first priority should be to help Ukraine confront and defend its territory, and stabilize its political and security situation. A strong support from NATO, including military assistance with weapons has to be the most welcome decision. Even if the situation would end up with Ukraine being split into separatist regions and “mainland” Ukraine, that would be a lesser threat to the whole European security order than the loss of Ukrainian sovereignty”.

Alvaras Medalinskas, Latvian politician and civic leader, refers to the experiences of the Baltic States: “Nobody would seriously think of Latvia, Lithuania and Estonia becoming members of the Alliance at the time prior to NATO Madrid Summit in 1997. However, we wouldn’t initiate a global discussion but, instead, were simply pressing ahead with the reforms required for NATO membership. That said, the prospect of accession to NATO will become a credible option for Ukraine if its homework is well done”.

As can be seen, the expert opinions only further reinforce the truth that the West is not yet poised to take full responsibility for Ukraine by letting it join NATO. The experts interviewed by the CACDS proposed a range of opportunities that should not be missed if Ukraine’s Euro-Atlantic integration prospect is to become a reality. These are cooperation within the existing frameworks, lobbying for military technology supplies, the domestic defense industry reform etc. Along with that, however, the key message is that Ukraine’s future is in its own hands. It is only by consistently upholding its national interests that Ukraine will be able to bust the stereotype perception that it belongs to someone else’s spheres of influence.