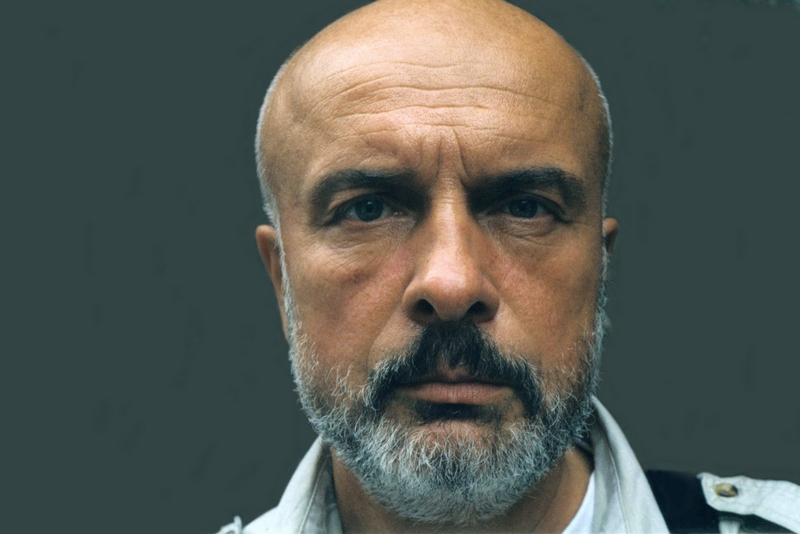 Ukrainian nation is on the eve of extremely serious challenges. And the society intuitively feels that. Does the so-called «establishment» understand the situation? Is it ready for modern historical challenges? Does it have political will enough? Does it think strategically?

What is actually strategy? From the military point of view this is primarily the way to achieve victory in the war (during last two decades Ukraine, in fact, lives in condition of  a «Cold Сivil War») which should be achieved by elaborating of the well thought-out plan and systematic using various measures as well as countermeasures considering constant changes of the situation in the operational space.

Strategy is a definition of targets and a clear consciousness of the aim  which can be realized by finding various resources, by being able to ascertain the real state of things, by making great intellectual and physical efforts.

Society is a too complex organism to learn right away to notice and to understand the role as well as capabilities of the forces that are in it. Of course, that for a successful implementation of strategic plans a fair amount of political will is needed. Unfortunately, Ukrainians by saying «A» very often ponder long to say «B». As a result many extraordinary developments and achievements are diddled. Moral and volitional principle of strategy of a politician may become fatal for the State as well as for the Nation.

There are favorable/ unfavorable conditions, situations that require a well thought-out actions (for neutralizing, controlling, misleading the enemy etc.) and using available tools. When it is about implementing the strategy of society development, then we can talk about some kind of  a «history planning.»

On the whole the State is not a homogeneous entity. Not only parties or civil organizations, but also a variety of institutions, social or national groups carry out their own politics. And everyone has his own interest. But interests of the State should not be forgotten. We must learn to turn on the mechanisms of self-preservation of the nation, to strengthen national identity as one of the effective factors of self-defense, to build up not only our own (rather limited) life cell, but also to spread our influence in global political, economic, scientific and cultural space for an effective interaction with international community. For this we must learn to be civil nationalists with  strategic thinking, it means we have to be able to defend interests of Ukrainian citizens of all nationalities.

«Nationalism in Ukraine is to some extent a natural antidote against the Soviet ideological heritage» – said Andrzej Sheptytskyy, a political scientist from the University of Warsaw, member of the Polish-Ukrainian forum. His opinion is as follows: if by means of nationalism, which is а rather popular way to form the modern State and the Nation,  Ukrainians are able to build a more effective and more monolithic State, then later they (Ukrainians) will be able to solve problems with the Kremlin as well as to  integrate into Western structures much more easy [http :/ / www.radiosvoboda.org/content/article/24890838.html].

The prominent British politician, prime minister, ethnic Jew Benjamin Disraeli constantly stressed that «National question is the key to all mysteries of the world history. National identity is the only truth.»

In a talk show after the premiere of the film «DN-portrait of the nation” (November 2012 ) David Milman, Assistant of the Chief Rabbi of Ukraine, stressed that: «he is a nationalist and nationalism is foundation of the national idea. Without self-respect no country can exist. <…> Because only respecting yourself you can respect other people. <…> And when Ukrainan people stop considering themselves as «Small Russians» and begin respecting themselves then they can call themselves even Aryans  or nationalists.»

There is nothing strange in such categorical judgments because nationalism is a kind of immune system, which dramatically increases the resistance of any nation in its struggle against the oppressors. Nationalism is an effective means of protecting the nation from ethnocide, that means spiritual destruction.

The globalizing world put difficult challenges for Ukrainians. We should acknowledge that we were not ready for freedom and justice. We have problems with traditions, memory, cultural codes. The invaders looted and stole our historical memory and with it our dignity. And this violent process has not stopped yet. Ukrainians have to realize that they are living in the country which is still occupied. The attempts to deprive Ukrainian people of their national identity and dignity are still ongoing. Brutal attempts to dismantle the State are still going on. Society is split into many parts concerning issues of history, nation-building, attitude to figures of the past. Soviet symbols and Soviet idols are honoured. The conclusion is clear:  we should re-organize our thinking, we must learn respecting ourselves. It is futile to look only at Soviet history. It is enogh to be proud of what we actually hate.

Europe is salvation for Ukraine. But it does not mean that we can passively wait for «Washington’s righteous law.» Patriotic elite must articulate priorities for the country as well as develop an effective strategic and tactical plan of actions to achieve the aim.

Only hard working and belief in future will help to create the modern Ukrainian «Tomorrow». Without a clearly defined aim nothing will work. The most urgent task for today is the overarching moblization of spirit and faith in the happy future. This requires a new program of the new country. «Re-organization» of the formally existing state is required.

Ukrainian surely have to answer the questions: «What do we live for? Why do we need the State?» They have to realize their special mission to not dissolve in a globalized world. They should think about efficient innovations, about modernizing the economy. An attractive national dream is required. There must be a common vision of the future. There must be a consolidated elite. The patriotism should be learned either and Ukrainians actually have a lack of patriotism which is necessary for success.

We have to go through a difficult path to the self-government of Ukrainian national and cultural subjectivity in the world arena as well as to the developing a clear identity among other nations and nationalities.

There are basic things that should be clearly and accurately realized, namely: WHERE WE  WANT  TO  BE  and HOW  DO  WE  WANT  TO  GET  THERE. The main good-scheduling resources are the intellectual and psychological, but not the material ones. Someone wisely said: «Those nations are living, that have the program for tomorrow.» So it is about the realistic plan of actions, strategy and vision of the future and its strict mastery.

A good planning is to stimulate to the action. It means reasonable and consciously chosen, realistic and well-defined aims that can be achieved. Not at any price, not as much as we will be able to, but only as much as necessary. Aims should match the capabilities. Otherwise resources will be spent on some adventurous projects. Like Customs (Eurasian) Union. «The Eurasian Union was created as an alternative to the European Union and Vladimir Putin considers it as the main project of his presidency. This is the new Russian Empire, but this project is more dangerous than his lectures» [ from the speech of the President of Georgia Mikhail Saakashvili at the UN General Assembly from 25th September 2013 ].

In 2009 the Russian President of that time Dmitriy Medvedev congratulated officials of the Federal Security Service for preventing Ukraine’s accession to NATO. Are we insured against the history repeating with handing awards to representatives of the Russian Special Services for disrupting the signing of the Association between Ukraine and European Union?

Hopefully, this will not happen and we want to believe that the Ukrainian authorities have finally realized how important are the priority European values ?? for the Ukrainian state because rollback to Eurasia is a loss of independence. Hopefully, despite the vehement opposition of the Kremlin the right choice in Vilnius finally will be done and Kyiv finally will sever the umbilical cord with Moscow.

«We have to create the new formula of society that has no precedent in any country» – once said Yasuhiro Nakasone. Tere is a very deep meaning in this maxim of the former Prime Minister of Japan.

In conclusion. When Vaclav Havel was asked: «Why do you make lustration and give power to the young people? They cannot do anything!», – he said: «Better five years of mistakes than fifty years of sabotage.» So. Sabotage of the Ukrainian State by external and internal forces is lasting for twenty-two years. It’s time to become construction supervisors and architects of the modern Ukrainian future. Of our own  future. Not of that one of the «strategic partner.»

editor-in-chief of the magazine «Universum»