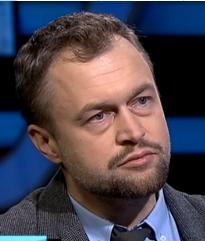 Energy, military and geopolitical interests in Syria led to Russian jets being deployed to the Middle East. The shooting down by Turkey NATO airspace on November 24 has complicated regional relations even further. So what is next? Will Moscow scale down or ratchet up military operations? What are Vladimir Putin’s main foreign policy goals? How will the US, Russia and other countries find a solution to prevent any unnecessary accidents in the busy skies above Syria? Joining us on Ukraine Today to discuss this is Mykhailo Samus, a Ukrainian military expert.

Watch UT’s Viewpoint with Mykhailo Samus: ‘How NATO benefits from the electricity blackout on the occupied Crimean Peninsula’

Tom Bell: I wanted to ask you what’s next on the ground after the diplomatic wrangling?

Mykhailo Samus: To understand the situation we should see the main goal of Russia in this total campaign in the Middle East. After the disaster in Ukraine, and I understand it a disaster because [there has been] no success in Donbas and no success in Crimea, as we see the power blackout there, it is absolutely crazy situation for [Russian President Vladimir] Putin. They need to show something new first of all for the Russian propaganda and for the electorate.

T.B.: To boost the home support.

M.S.: Absolutely, because [speaking] about Russian or Putin, we have to understand that the internal dimension of the whole situation is one of the most important. In this Middle East participation, the internal dimension is very important. But it is possible that Russia is conducting a kind of strategy of multiplication of conflicts. What I mean is that it doesn’t matter in which region of the world Russia creates a conflict, the main goal is to make the West participate in it to waste resources, to break the Euro-Atlantic consolidation.

T.B.: What about Syria then, for example? What is Putin’ main goal in Syria from your analysis?

M.S.: It is very interesting, because even the Soviet Union didn’t interfere so directly in this region. Of course, the KGB very actively worked there, even as advisers to political and diplomatic activities. But not like now. The Soviet Union never participated so directly in this region as Russia. Why? Because in this situation and in this time, the Middle East is most favourable for Putin to create a lot of dimensions for conflicts: cultural, religious, political, diplomatic, and military, because a lot of players are involved in this region, the United States, Israel, Europe, Saudi Arabia. And of course, the oil prices. For example, on the fourth of December, Iran will get into the European oil market. It’s a very interesting factor and or course Putin tries to make as many conflicts as possible.

T.B.: And it’s not just the oil because Russia is definitely loosing petrodollars, but also Russia exports a lot of weapons into Syria for President Assad’s forces.

M.S.: Yes, of course. This aspect is very important because the Russian defence industry is working very intensive now.

T.B.: So do you think that Putin will actually bolster his military campaign in Syria now? Do you think he has more support back at home? Or do you think people despite the Kremlin propaganda are turning away from this idea?

M.S.: The Soviet Union tried not to participate in [the Syrian region]. But now there is an interesting situation after the shooting of the Russian [Sukhoi SU-24] aircraft [by the Turkish forces]. Putin tries not to be [involved] too deep in the situation. The bombing didn’t mean that Russia participated in the full-scale conflict here. After Turkey shoot down the aircraft, Russia needs to make some active and open steps. [It needs] to make revenge.

T.B.: But not just military revenge?

M.S.: Yes, it is a very difficult situation for Putin first of all…

M.S.: Yes, […]. It looks like Russia needs to balance between France to support fighting against terrorists, and the NATO, involved in this conflict. And France and Turkey are members of the NATO. So this is a very delicate situation for Putin now. He [balances by] sending some air defence systems S-400 to the conflict trying to fret Turkey. Because the characteristics of C-400 is [the shooting range of] more than 100km. For missiles it means that these systems will have capabilities to touch Turkey airspace.

T.B.: At the same time Russia does rely on Turkey quite a lot because, for example, these pipelines that run through Turkey as well as there is a lot of Russian tourists who go to Turkey. So what’s next then to these military operations? Do you think Russia will just continue?

M.S.: I think Putin has to continue, has to show that there will be some revenge. Looking at the Russian TV, we see that Turkey is now the main enemy, maybe more than Ukraine now. It looks like he needs to show it by military means.

T.B.: I wanted also to talk to you about a no-fly zone. Since this conflict has started there have been a lot of near-misses between the American and Russian jets. How does this work exactly? How would they work out this no-fly zone?

T.B.: But surely they can only go on for so long. I mean Moscow only has so much money to fund these operations.

M.S.: Yes, it depends on the oil prices. But remembering the Soviet Union, it doesn’t matter how much money you have. The main thing is the support of your population and propaganda. There is 85-90 per cent support in operation in Syria. Look at Crimea. Four days of blackout, I didn’t see any protests there, because they think that Putin will come and help them.

T.B.: In your analysis, what so you think the final solution will be to resolve this conflict? Not just within Syria itself, but between the Western powers and Russia?

M.S.: I think it’s no solution. After the Ukrainian conflict started in 2014, Putin opened the box, and now it’s impossible to close it. Putin needs to create new and new conflicts, and I think that Putin probably will start new conflicts, for example, in Central Asia. It could be something like to escape slowly from the conflict, quietly like form the Ukrainian conflict, to put out the information support of the conflict and quietly get out from it and start a conflict in another region. Putin won’t find any solution; it is not in his interest to find a solution. To create a conflict is in his interests.