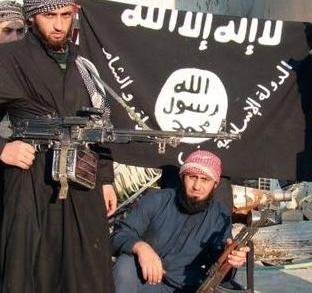 An FSB defector says that Moscow is very closely tied to ISIS and has been involved with groups that have carried out terrorist actions in Europe. He has twice passed a polygraph examination. But many are skeptical of his claims because of the absence of sources that directly confirm his claims.

In a Novy Region-2 commentary today, Kseniya Kirillova assesses the defector’s claims against what is known and thus provides a template to assess his and other’s statements about something where all too often analysts assume that the beneficiaries of any action are responsible for it.

She examines four aspects of what the defector, identified only as “Yevgeny,” has said and puts them in the context of what is known from other sources.

First of all, as she points out, he is not the only one to say that the terrorist actions in Paris worked to Moscow’s benefit. And she notes that Russian media behavior at the time provides some evidence for a link.

But the very fact that Russia clearly benefited from those attacks does not by itself prove that Russia was behind them, only that it was skilled in exploiting them when they happened.

Second, it is obvious to almost everyone that “Russia is not interested in a victory over ISIS.” Moscow’s foreign policy at present is about confrontation with the West in general and the US in particular, and both Vladimir Putin and many Russian commentators have suggested that the US and NATO not ISIS is Russia’s main enemy.

Russia’s actions in fact put it in the position of “an ally of the terrorists as part of their struggle against the West even if between them there does not exist any direct set of agreements.”

“Of course,” Kirillova says, “it is possible to respond that Russian propaganda is directed more at a domestic than a foreign audience, and therefore it should not be put forward as evidence.” But those who have examined Russia’s actions in Syria show that they are directed in the first instance not at defeatingISIS but rather at weakening the US.

Russia’s actions in fact put it in the position of “an ally of the terrorists as part of their struggle against the West even if between them there does not exist any direct set of agreements,” the US-based Russian analyst says. But that of course reflects the fact that “the main problems for Putin now are being created by the West and not by ISIS.”

Third, she continues, “Russia really has definite levers of influence on ISIS, and they were signaled already before the revelations of the defector ‘Yevgeny.’” ManyISIS fighters come from Russia and the post-Soviet space. Many ISIS leaders were trained in Russia or the Soviet Union. And thus the Russian special forces have large dossiers on them that Moscow can use.

Stanislav Belkovsky, a Russian opposition political analyst, said that Putin “knew about the terrorist acts in Paris in advance because he has a broad network of agents in ISIS,” a network created and expanded by former KGB chief and Russian foreign minister Yevgeny Primakov. Vladimir Milov of Russia’s Democratic Choice Partyhas said the same.

And fourth, Russian and Soviet arms have turned up in ISIS. Although Russian propagandists say they came from Ukraine or somewhere else, the leaders of the puppet regimes of “LNR” and “DNR” based in Russia-occupied territory of eastern Ukraine would not be sending arms to anyone else without the direct approval of Moscow. That reality clearly suggests a Moscow connection.

Thus, Kirillova concludes, “if one sums up these conclusions, it turns out that they completely correspond with what ‘Yevgeny’ has said regarding the ties of Russia and ISIS.” Indeed, except for his remarks about Russian involvement in the London terrorist incident, “Yevgeny” has said nothing new.

That doesn’t mean that his claims are necessarily true – indeed, one might argue that he is simply picking up on what others have said rather than being an original source – but at the very least, his words and those of others pose some disturbing questions which Moscow hasn’t answered and which the West has a vested interest in finding out about.