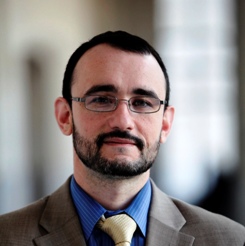 Moscow's role in the negotiations on Iran's nuclear program

Moscow’s role in the negotiations on Iran’s nuclear program

Russia was fairly helpful to the U.S., although this deal will prove quite expensive for its interests due to its impact on the price of oil.  Iran had always been a function of the US-Russia relationship, something that Moscow now regrets and is working to make amends with Tehran.  Still, it did not defend Iranian interests in the negotiations because Russian policy is not far off U.S. policy on the question of Iran’s nuclear program.  Russia does not want to see Iran with a nuclear weapon, nuclear proliferation across the Middle East, or another U.S. air campaign/intervention.

U.S. policymakers likely walked away from these negotiations believing the Russian role was constructive.  Moscow secured the lifting of sanctions, and terms to end the arms embargo within five years.  Ideally it would like access to the Iranian market now, but will settle for selling items not on the embargo list and working out deals in the interim that can be realized later.  Russia’s thinking is that the Iranian market will open up, and it will have a much more powerful friend in the Middle East as a result, but little will fundamentally collapse change in US-Iranian relations and as a consequence this agreement may ultimately collapse the way a previous deal did with North Korea.

This deal does not directly influence Ukraine, except that it demonstrates a trend in U.S. and Russia normalizing their relations.  The agreement was the top priority for the U.S. president, and Russia did not play a spoiling role.  There is no way for Moscow to restore trust with the current constellation of Western leaders, but it is steadily dousing Western anger over what happened in Ukraine.  The U.S. is also keen on compartmentalizing Ukraine away from other bilateral interests or points of engagement, and the deal on Iran demonstrates that it is possible to do.

The perception of russian “nuclear blackmail” in the US

Not just society, the entire national security establishment is rethinking the post-Cold War conception of Russia.  Moscow has the capabilities, but it is signaling a change in intent.  Whether true or not, no serious person in government can ignore it.  A conflict between Russia and the West has gone from implausible to there being conceivable, within a few scenarios. Russia’s nuclear sabre rattling is incredibly effective, because the U.S. cares deeply about strategic stability.  Major nuclear powers pose the only existential threat to the U.S., a society and a country that sees terrorism as its only vulnerability.  Of course terrorism is not an existential threat, and hardly one society fixates on daily.  Nuclear weapons always get the attention of the U.S.

It is an effective Russian campaign to raise the stakes for the U.S. in the confrontation over Ukraine, and to make the current situation unsustainable for the West.  Russia does not like living under sanctions, which is a sustainable policy for the West, so in response it is making the West feel fundamentally insecure and trying to insert volatility into the existing security environment in Europe.

Can the United States establish hotbeds of instability in the regions where the Kremlin feels comfortable, as a countermeasure against Russia?

Washington has no desire or capacity there.  Not only would that be highly inconsistent with U.S. values, something we pay much more attention to since the Cold War, but it has nothing to offer U.S. interests.  For one, it is hard to imagine the region less stable, and it could become unstable in the future depending on how the situation evolves in Afghanistan.  Ironically, U.S. capacity to destabilize a country is best realized when the intent is to help it, and conduct a nation building project or a prolonged counterinsurgency.  Russia would undoubtedly be worried if Washington, D.C. declared that it was launching a large nation building project Azerbaijan.

I would offer an alternative way of looking at the situation.  Regional instability could well be an undesired, and unintended, consequence of the conflict over Ukraine.  The most probable cause will be sanctions combined with a downturn in the Russian economy and energy prices.  Many former Soviet republics, including Ukraine, depend on Russian economy for remittances ranging from 20-50% of their GDP.  This does not include the Russian market for their goods, which will also suffer substantially.  Unlike Russia they do not have stockpiles of reserves and the political systems are far less stable.  Armenia is a good example of how quickly the situation could change if the government makes policy mistakes.  If Russia’s economy continues to contract, it could have serious and unpredictable effects for the countries which depend on it, all of which are Russia’s weaker neighbors.

What lies behind SAM system C300 supplies to Iran

There are two points to make about this deal.  Firstly, despite the actual deal, it would still take a few years before any weapon system arrives in Iran. But even in this case we would not be talking about a large sale – nothing that fundamentally alters the military option for the US.  The second is that the S300 announcement is not a new deal, but a settlement of the previously suspended deal, which Russia and Iran visibly reached during the Shoigu visit in January.

However, this contract of sale which Russia suspended in 2010 cannot simply be renewed. Originally the deal was for the S300PMU1, which is not made anymore – and can only be replaced with another  weapon system in the S300 family.  S300VM or S300PMU2, for example, are more capable certainly but it would require another deal. Alternatively maybe Iranians would be willing to buy some used and already deployed PMU1s, but my point is that Russia and Iran must make a new agreement.  This could be quick, or long and difficult, and after reaching such a deal it would take a while for production and training.

I think the fastest timeline for Russia to deploy S300 to Iran is probably two or more years.  During this time, Russia will have opportunities to use the sale as a bargaining chip with the West.

If I was Iran I would actually bypass the S300 series and move straight to S400, being optimistic that Russia will work out problems with the long range missiles for that system.  They’re at least a few years out from receiving a system after signing a deal, so why not invest in what will become the standard air defense system of the 2020s?  Algeria seems to have done this, and may have received its shipment already, others in the Middle East are also picking up advanced S300s (Egypt).

Of course a few units will not translate into effective air defense, it has to be layered with medium range missiles and radars.  In order to make this work Iran needs to replace its aging radars and air defenses with a tiered system that is survivable.  In this respect, Iranian thinking needs to evolve.  In the last 20 years Iran has bought only 2 units of Tor-M1 from Russia to protect its nuclear plant, likely against Israel.  These were delivered in 2005.  Iran needs a substantial amount of Buk-M2 and Tor-M2 in order to effectively cover an investment in S300/S400.  I suspect that if this agreement holds, over the next 10 years Almaz-Antey will see a good deal of business from Iran, and other Russian defense industries will see purchases from Iran’s geopolitical competitors.