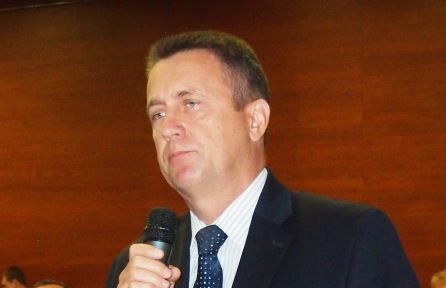 I would like to take a somewhat controversial view of the decisions made by the NATO Warsaw summit. Our media are engaged in a lively discussion of the summit's results.

I would like to take a somewhat controversial view of the decisions made by the NATO Warsaw summit. Our media are engaged in a lively discussion of the summit’s results. Naturally, these include a comprehensive assistance package, an increased number of joint events, advisory assistance, and so on. No doubt, those things are important and of principal value. They contain two messages. First, Ukraine must continue reforming its defense and security industries. Secondly, we need to start practical implementation of the Strategic Defense Bulletin, acquire the necessary operational combat capabilities, and so on.

However, I would like to discuss the summit’s decisions related to Alliance countries, specifically, in the aspect that translates to an intensified policy for the deterrence of Russia and strengthened collective safety. Why are those important? I believe that Ukraine is currently at the front line of deterring Russia. That is why our country can make a claim to certain benefits and additional assistance – if we are proactive. Proactive in terms of participation in NATO events, the full utilization of our potential, the offering of our capacities, experiences, etc.

What does this enail? First of all, I am talking about decisions that relate to the intensified deterrence policy, the strengthening of NATO’s eastern flank, creaton of appropriate collective capabilities, and the use of various instruments to expand these capabilities in the context of collective security. In particular, this concerns capacities in the maritime defense zone. Before the Warsaw summit, Romania proposed the creation of a NATO joint naval group in the Black Sea, which would serve as a deterrent for Russia against increasing its combat capabilities in this region. Unfortunately, as we know, this decision was not approved. Instead, it was stated that the proposal woud be studied in more detail, but also that there woud be an increase in naval exercises. Ukraine can participate in the development in this direction.

The same concerns the developmen of NATO’s air force. Poland will take part in these events and, accordingly, Ukraine can also try to be more proactive and offer its capacities. Those are unfortunately limited, but even they might be of use to the Alliance.

As a positive example of Ukraine’s proactive position, I can name the successful initiative to increase naval trust and security in the Black Sea region. Let me remind you that it was Ukraine who put forward this initative, which was subsequently picked up by Turkey, and the resulting project implemented as BLACKSEAFOR. The BLACKSEAFOR documents defined the basic operating principles of this initiative, also suggested by Ukraine. BLACKSEAFOR was relatively successful, up until Russia’s occupation of Crimea. This example shows that we can be at the forefront of similar projects, one that contribute to our own interests as well as our partners’.

Another item raised at the summit was joint exercises following collective defense scenarios. I believe that Ukraine has a large field of opportunity here, to participate, share experience, and exchange experiene with our NATO colleagues. I also believe that this format requires a proactive approach, because we truly do possess considerable experience of intercompatibility in such exercises, intercompatibility within operational capability concepts, and in other programs that have existed in the past. However, our experience requires practical implementation, with real actions, and in the context of decisions made at the summit.

Other potentially interesting decisions for Ukraine are those about the adaptation of infrastructure, and the delegation of additional authority from military-political structures to military structures: from the North Atlantic Council to the North Atlantic Supreme Command. We can start similar transitions on our end, changing our governance system asynchroniously.

Another aspect I would like to emphasize is experience sharing. Again, it would be advisable for us to create an intercompatibility field, in the unified understanding of the ongoing situation, which is called hybrid warfare, or new-generation armed confrontation. Unfortunately, in this aspect, I believe there are some discrepancies in terminology, as well as in terms of priorities and selection of effective mechanisms. In the meantime, it is a very important area for the concentration of efforts on important directions, and for the maximum use of existing potential. At this time, unfortunately, we have not yet fully utilized all capacities that we have, namely, in the field of public-private partnership: both in Ukraine and in bilateral or multilateral use of such opportunities. A number of efforts are ongoing, but I would like to emphasize that we are still under-utilizing our potential, on multiple levels: strategic, operational, and tactical.

We understand that this war is waged by more than just the classic means of armed confrontation. The ratio of military and non-military action in this war is 1 to 4. The latter include, among others, information warfare and cyber security. This is a field that, in my opinion and based on the current evidence, will continue active growth, as will the naval sector. These are two spheres in which Ukraine and NATO should cooperate more productively and more systematically, relying on public-private partnership.

Another aspect is strategic communications. I believe that in this issue, we still have a problem with shared terminology, unified understanding, and a clear definition of the very concept of strategic communications. Some think that strategic communications are nothing but counter-propaganda, but I believe those are two entirely different things. Again, it will take specific, practical, and real joint projects between state authorities and the civil community, to help us withstand the current difficult situation, develop further, and build the society that we wish to have – founded on the values of a liberal, democratic, and market economy.

Deputy Minister of Defense of Ukraine (2014),

Admiral of the Naval Forces of Ukraine