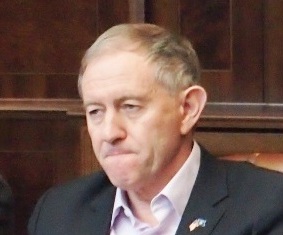 The capability of a fighting force rests upon materiel and morale.

1. The capability of a fighting force rests upon materiel and morale. First and foremost in creating high morale is the moral quality of the defence system. It is currently broken. Unhappiness and frustration, alcoholism and poor soldiering practices are the result. Improving the moral quality of the force will greatly improve morale and fighting power. The first act should be to allow the forces to regain the initiative by being positive. This should be directed by you with clear written orders:

Secondly the military disease of over-control and over-centralisation of command has to stop. Orders should be written by commanders and give clear objectives covering the next likely phase of battle. The ATO and Sector command HQs should then concentrate upon finding and allocating resources and coordination, not upon controlling tactical operations. Officers who cannot do this must not be allowed to command. They are dangerous.

2. All energy should be given to improving the artillery. It has the greatest capacity as a weapon system and relatively small improvements to the system will have disproportionate fighting benefits. The task of doing this should be taken from the General Staff and the authority and money given to David Braun and the volunteers.

3. The task of raising, training and maintaining the army should be taken away from the General Staff mobilisation branch and given to the Army Commander. The MOD HR department should support the commander in this task not the reverse.

4. The Joint Operational Headquarters should be brought to full strength and given the task of conducting all operations in the ATO and country as a whole. The Commander should be designated Joint Operations Commander and the best fighting officer chosen. His written orders should come from CHOD and the Minister and he should have a seat on the Presidents war council

5. The Chief of Staff Post is now too much for one man and should be split into four: