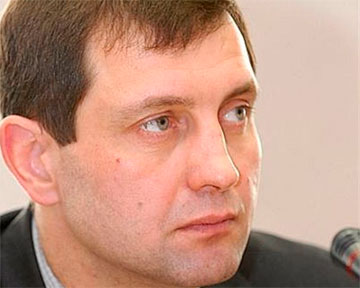 Today, there is no doubt that the treaty that was signed almost a quarter of a century ago, and has played a significant and very positive role in the trust building  between the countries of the former Warsaw Pact and NATO, has now sunk into oblivion. It is not by chance that, at the 2010 Astana Summit Meeting, Heads of State and Government of the 56 States Parties recognized the enduring value of the CFE treaty. The treaty is currently going through hard times, so at Astana there was a call for a revision and update of the conventional weapons control regime in Europe. By ignoring that call we will put the European security system at the risk of being left uncompleted and filled with new challenges and risks.

Before I present Ukrainian non-governmental expert views on the possible development of the situation regarding the CFE Treaty, I would like to outline, so to speak, the reference data, a starting point from which one will have to start out in identifying the elements of an updated security concept for the Region.

Ukraine is especially attracted by the idea that the system of ceilings on the amounts  of armaments and military equipment in Europe be updated to the level of a new agreement with clearly formulated provisions acceptable to all states in the Region. Can this idea be made into reality? Yes, it can, but, as it seems, only in the event that the updated system meets the interests of every State in the Region.

Today, it is quite clear that the concept of building a new European security architecture by imposing mechanical limitations on the numbers of tanks, combat aircraft and other equipment types is obviously untenable. Over the recent years, challenges and threats have changed radically, as did the technological level of armaments and military equipment. New factors emerged such as expanding NATO alliance or tensions in the Caucasus. Against this background, a surge in rearmament effort by certain states in the Region has become more than noticeable. Signs of latent confrontation have emerged, and with it new challenges related to the level of trust.

On the one hand, the previous security system in Europe has exhausted itself. On the other hand, the need to identify a new paradigm of European security is becoming increasingly relevant.  Having assessed recent military conflicts such as ones that took place in Iraq, Georgia, Syria or Libya, hardly will anyone contest the fact that tensions in the Region, as well as the level of risks and threats have grown significantly over the past decade.

It seems that Ukraine is more interested than other countries in establishing a balance of armaments and military forces. Because, first, it laid down its nuclear arsenal for the sake of improving harmony in the Region. In return – as it became evident nearly two decades after the signing of relevant agreements – Ukraine is faced with the unfortunate fact that the security guarantees given to it by Russia, the United States and the United Kingdom no longer work. And, secondly, Ukraine declared itself a non-aligned state, but it is experiencing the discomfort of being sandwiched between two major military and political powers. For example, I cannot accept the planned deployment of a military base with U.S.-built ground-launched SM-3 interceptor missiles in Romania and the deployment of American “Patriot” batteries in Poland on the one hand, and the idea to deploy a Russian fighter aircraft base and an additional four S-300 fire units in Belarus on the other hand. Finally, it is my belief that there is a third instability factor – the presence of a foreign-stationed military base in Ukraine. I as an expert cannot understand why seven of the Russian Black Sea Fleet’s 13 large ships are large amphibious landing craft.

As you can see, the overall changes in geopolitical situation are not developing in favor of Ukraine. But one should not mistakenly think that these changes are favorable for the countries of the European Region.

I also want to remind you that Ukraine has always demonstrated a constructive approach with regard to the CFE Treaty adaptation and, along with Belarus, Kazakhstan and Russia, ratified the adaptation agreement, which was signed in November 1999.

But back to the subject of the CFE Treaty. This agreement was designed to prevent either alliance from amassing forces for a blitzkrieg-type offensive or conducting large-scale military operations in the Region by way of setting ceilings on numbers of the then most lethal weapons of direct conclusive destruction: tanks, armored combat vehicles, heavy artillery units with 100+ mm calibers, combat aircraft and attack helicopters. These approaches seem to have become outdated.

The current situation in the field of armaments and military equipment in Europe has changed dramatically. First, armaments have become more technologically advanced, while and a number of countries, which during the past decade were actively rearming their national military forces, have made a major step forward in this regard, leaving far behind the countries with modest defense budgets.

On the one hand, there is need for measures to promote trust on the part of countries in the Region, first and foremost, putting an end to uncontrolled, sometimes chaotic and hasty militarization of the Region. This applies, for example, to the Baltic states, Poland, Romania, Russia and Belarus. I am inclined to regard this as actions that have the potential to undermine the foundations of security in the Region and ruin the level of trust which the CFE treaty used to ensure.

Given the emergence of a number of changes that have had an entirely negative effect on regional security, I would like to offer to the discussion the possibility of changing the very principles of negotiation – the tightest bottleneck at this point.

First, negotiations on progressively implementing a series of steps of compromise should be held not with each and all of individual states concerned but, rather, with three groups of countries — NATO on the one side and the Union of Russia and Belarus on the other, and a group of non-aligned mediator states. There is a belief that it is only a consolidated stand by military-political alliances which is able to take the situation out of a complex, confusing maze.

The key tasks and objectives of the new agreement could be aimed at having in place an updated treaty similar to the CFE. The new treaty could address quite realistic challenges such as the prevention of major regional and cross-border conflicts, slowing down the pace of rearmament by states-parties to the agreement and preclusion of dangerous concentrations of new-generation types of assault weapons in near-border areas.

The second fundamental principle that I propose for consideration addresses effective ranges of key types of attack weapons and military equipment for strategic and strategic-and-theater purposes (including related components). In my opinion, there should be talk about missile weapons, airborne weapons systems, including relevant unmanned aerial systems, as well as sea-based weapons systems.

Now let us take a deeper look at the shaping of a would-be European Security architecture, and, above all, the development of a new treaty.

The provisions below, which we regard to be of fundamental importance, could be negotiated as initial phase of the new limitations formula following development and approval of the principles identified therein.

2. Equal limits on the amount of armaments should be applicable to each and all States Parties. At the same time, putting limits on concentrations of assault weapons and military equipment types with ranges in excess of 100 kilometers should be a key principle. Thus, the need to have limits on the numbers of tanks, light armored vehicles and artillery systems will be withdrawn from the agenda. Simultaneously, enforcing control of the numbers of airborne weapons, precision attack weapons, missile systems and selected types of surface-to-air missile systems, launchers and target designation systems, as well as relevant types of naval platforms and current-generation assault unmanned aircraft systems assumes an increasing relevance.  With the agreement in place not to control the amounts of weapons other than those of assault type, the issue of the deployment of radar systems, ISR and detection systems could as well be removed from the agenda.

3. The new treaty, unlike the previous one, must necessarily address strategic or strategic-and-theater weapons of all basing modes: ground-based, seaborne and airborne. In this case, the previous terminology will lose its relevance.

4. Particularly great attention should be given to fundamentally new platforms for assault weapons, such as unmanned aerial vehicles. It is essential that effective accounting and control of numbers are applied to the assault UAVs used by national armed forces of each of the states in the Region. Provisions of the treaty should apply inevitably to land-based components of naval forces.

5. Another issue of fundamental importance, which has already been brought up by the Russian party, addresses the enforcement of ceilings on the number of carrier-based aircraft. There must be strict limitations put in place on concentrations of naval assault capabilities in sea waters of the Region. These limitations must apply to naval combat aircraft, both fixed- and rotary-wing, as well as cruise missiles and relevant naval platforms. It is critical that there is effective accounting and control in place for the seaborne missile defense systems the U.S. intend to deploy in the Norwegian, Baltic and Mediterranean Seas. In addition, limits should be set on the duration of warship deployments in potential or actual conflict areas in cases where the deployments take place by a single-party decision.

6. It is necessary to update the rules for treaty data exchanges and notifications on the movements of assault weapons and military equipment for strategic and strategic-and-theater purposes, as well as their related components. To this end, it would be expedient to set up a unified database, with the provision of a mandatory obligation to make updates within a 30-day time limit and the possibility for each State Party to conduct verification inspections. Verification inspections (by authorized representatives of the three groups of countries) should be conducted at the rate of at least three per year. In this regard, I would like to refer to a proposal by Andrey Ermolayev, the head of the National Institute for Strategic Studies, with respect to the need to continue the practice of additional verification inspections conducted with host country consent and at the expense of the verifying party.

Now it can be seen that the current European security situation is a combination of more factors than it was during Cold War years. This requires the development of a more sophisticated and more complex concept, which aims to reduce tension and enhance trust levels in the Region. At the initial stage, any progress would be welcome in enforcing control of the amounts of key armament and military equipment types in the European Region. It is understood that the list of provisions mentioned herein could be continued. However, this is the way by which it is possible to set up a platform for further movement towards a high level of trust and harmony.

It should be stated that Russia and the United States have key, if not crucial role to play in handling the security challenge in the European Region. As the current dialogue between Russia and the United States, in my opinion, is not constructive, I would like to urge the two major antagonists to show goodwill and set a good example to other actors in the European Region.