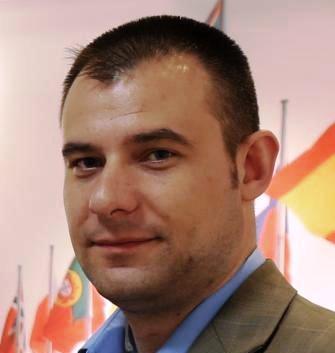 Interesting products are manufactured at the workshops of OJSC Komsomolsk Mine Group in Starobeshivsky district (Donetsk region) captured by Russian mercenaries.

Recent development of situation in Donbas indicates that Russia seems to invent a new intended use for them.

Before temporarily occupied territories in eastern Ukraine were used mainly as a testing ground for the latest achievements of the Russian military–industrial complex, as a “goldmine” for the Russian and local looters. They were also used for “recycling” of unfavorable elements of Russian society, who died and continued to die for mythical ideas of a mythical “New Russia” (Novorossiya). But today this region is widely used for the production and smuggling of weapons. ISIS militants are the main “importers” of DPR military production.

An author of these words found out from his own quite reliable sources that the production of 9P132 Grad-P Partizan portable rocket launchers was adjusted with the help of Russian experts on the temporarily occupied territory in Donetsk region, in the village of Komsomolsk of Starobeshivsky district.

The workshops of OJSC Komsomolsk Mine Group in Starobeshivsky district are used for the manufacture of these weapons. Not only the fact of the production of weapons should be noted, but also the extent to which it is carried out. For example, the workers in the workshops, where the weapons are produced, work in three shifts, 12 hours a day and have a much higher salary than their colleagues who work within specialty of OJSC Komsomolsk Mine Group.

Interesting fact is that well-established production capacity in the shops of OJSC Komsomolsk Mine Group Company does not match the scale of Grad-P rocket launchers’ use by Russian-terrorist troops in the ATO area. Hence the conclusion is that DPR production of military items is intended for export.

It‘s not difficult to guess who can be a potential buyer of products under the brand “made in DPR”. Given that the Donetsk People’s Republic, which is not recognized by anyone, can “trade” only with the same terrorist organizations, as well as its patron Russia that has special interest in the Syrian conflict and bombards everyone there except the ISIS, so the consumer side of smuggling from DPR becomes more than obvious.

As of today, there is plenty of evidence that the ISIS militants use such weaponry as Grad-P rocket launchers, including witnesses from the fighting, and video and photo evidence posted on the Internet. But recently, these proofs have been actively removed for some reason together with the accounts on which they were posted. All of this means that someone is trying to cover tracks.

Under cover of fake

Moreover, nothing distinguishes the Russian style better than the use of an old KGB method, namely, escaping all suspicions of this or that action by accusing an opponent (in this case, Ukraine). This happened in the case with Grad-P Light portable rocket systems, when the so-called Deputy Commander of the Defense Ministry of the self-proclaimed Donetsk People’s Republic (DPR), Eduard Basurin, said that the Ukrainian subdivisions of volunteer battalions allegedly fired a makeshift launcher, which is used by ISIS militants, on a residential district in Donetsk.

The stress on volunteer battalions made in this Kremlin informational “report” is clear: if one were speaking about the use of Grad-P rocket systems by the armed forces, the fake would be too obvious, because the Armed Forces of Ukraine (as well as other Ukraine’s law enforcement agencies) simply do not have these launchers in service. Moreover, they are not produced at the Ukrainian defense enterprises. Therefore, Moscow chose the volunteer battalions that allegedly “can get from the volunteers anything they want.”

But there is a slight hitch in all this. Taking into account that the secret embargo on the arms supplies to Ukraine is still in effect, and the fact that sometimes it’s very difficult for the volunteers to carry even bulletproof vests and helmets to Ukraine, they could not have obtained even theoretically such kind of weapon as Grad-P rocket systems.

Together with the export of Grad systems, ISIS militants obtain trained commandos from the DPR – the operators of such weapon

At the same time, the phrase said by a DPR commander that “such a launch (peculiar to Grad-P) has been traditionally used by ISIS militants” leads to some thoughts. None other but the direct producers and exporters of this kind of weapon know about all specifics of its use in the Syrian conflict. And considering the fact that the active recruitment of mercenaries is still taking place in the occupied territory of Donbass, as well as to ISIS subdivisions, the Syrian militants together with the export of Grad systems are able to obtain the trained operators of this weapon, while the leaders of the terrorists in Donbass have the opportunity to know “first hand” about all the facts of its use.

It also should be noted that the whole story with the statement by Eduard Basurin reminds a recent utterance about weapons allegedly supplied by Ukraine to ISIS. And this utterance appeared only following the statement made by a Lebanese, who supposedly bought weapons (Chinese man portable air defense system FN6) in Ukraine and send it to ISIS militants through Turkey.

According to the research, conducted by Kyiv Center for Army, Conversion and Disarmament Studies (CACDS), first of all, Lebanese Osama Hayat, who was arrested in Kuwait on suspicion of supporting ISIS, and five his accomplices have never crossed the border of Ukraine. Secondly, the State Service of Export Control of Ukraine as of November 20, 2015 received no addresses and provided no permits for international transfers, including import/export/transit of Chinese man portable air defense systems FN6 through the territory of Ukraine. Thirdly, it turned out that a number of weapons for ISIS were supplied by Russia from the occupied territory of Donbas through Crimea. In turn, they were delivered to Donbas via the Russian so-called “humanitarian aid convoy”.

In this case, the “puppet” DPR/LPR are very advantageous for Moscow, because they are kind of a layer enabling Russia to avoid the direct reference to the real arms suppliers. Thus, like in the case with Chinese man portable air defense systems FN6 , as well as with Grad-P systems, Russian propagandists and their marionettes in Donbas are aware of origin of such weapons and their real destination.

In addition, apart from the weapons, at present ISIS militants for some reason are interested in … Ukrainian passports. Thus, according to the information provided by the competent SBU departments, ISIS representatives repeatedly have made attempts to acquire the printed forms of Ukrainian passports, which had been grabbed by the militants of the so-called DPR/LPR in the temporarily occupied territories of Lugansk and Donetsk regions.

Which conclusion can be made from all this? Only one: Russia does not change.  As before, it captures other people’s lands in order to use them then for its criminal activities. And at the same time, it used a long-established scheme to cover up its misdeeds, namely: it proactively accuses all those whom it considers to be enemies.

And everything could have turned out as Moscow wanted, but this scheme has started to fail recently: either the style peculiar to the Kremlin is too obvious, or the mysterious soul of some representative of the “Russian world” manifest itself at the most inopportune time.