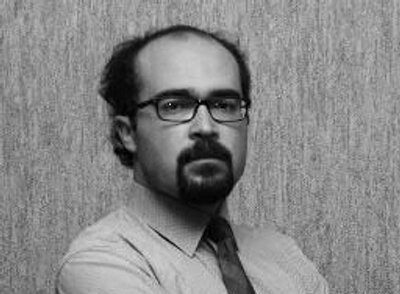 The proposed gas pipeline (the Turkish Stream) was an unexpected development in Turkish-Russian energy relations from the Turkish perspective, especially considering the priority currently assigned to the Trans-Anatolian Natural Gas Pipeline (TANAP) in Turkey’s energy strategy.

The proposed gas pipeline (the Turkish Stream) was an unexpected development in Turkish-Russian energy relations from the Turkish perspective, especially considering the priority currently assigned to the Trans-Anatolian Natural Gas Pipeline (TANAP) in Turkey’s energy strategy. Nonetheless, Turkey has not refrained from signing a memorandum of understanding with Russia on the Turkish Stream. In terms of the Turkish Stream, Turkey seems to be in a process of calculating the costs and benefits of the proposed project. On the one hand, the Turkish Stream is certain to increase Turkey’s energy dependency on Russia. On the other hand, it is conducive to the Turkish grand energy strategy of becoming an energy hub between the producers and consumers of natural gas, achieving influence on regional, and to the extent possible, global energy politics. The prospects of the Turkish Stream as a viable concrete project rest on the outcome of this ongoing process of political-economic calculation in the Turkish government.

Turkey’s relations with Russia depend on calculated pragmatism the practical policy manifestations of which are decided, implemented and regulated according to changing circumstances inside and outside of two countries. In my view, economic rapprochement between Turkey and Russia has peculiar dynamics and does not necessarily reflect political reconciliation, let alone political cooperation. For example, Turkey and Russia have embraced divergent views and visions on the recent developments in Ukraine and Syria. Focusing on absolute gains, Turkey is prone to advance economic interdependence with Russia, despite the asymmetrical outcomes comparatively less beneficial. However, translating economic interdependence into a steady and solid political partnership remains to be an elusive objective in Turkish-Russian relations.

The prospects of an agreement on gas prices between Turkey and Russia are high. Turkey is sensitive to the detrimental effect of high gas prices on its current account deficit. Russia, on the other hand, is eager to initiate the project in the earliest possible time. Based on this mutual sensitivity, I am of the opinion that Russia will concede a decrease in gas prices. Yet, of course, the extent of the concession will be the determining factor for Turkey.

If Ahmet Davutoglu fails to form a government, the possibility of early elections will expectedly rise. In such a case, in my opinion, the Justice and Development Party(JDP) would be more prone to call for early elections to take another chance.The coalition government would include Nationalist Movement Party  (MHP).

However, the orientation of Turkish foreign policy will rest on the new foreign minister. As long as, the JDP retains this ministerial post, we would not see a substantial shift in Turkey’s foreign policy orientation, irrespective of MHP being a part of the coalition. In my view, Ahmet Davuto?lu will be exceedingly reluctant to assign a minister to the Ministry of Foreign Affairs from another party.

The future of Crimean Tatars is a highly important and therefore sensitive issue in Turkey’s relations with Ukraine and Russia. Turkey has not recognized the annexation of Crimea by Russia. De facto Russian control of Ukraine’s sovereign territory in which Crimean Tatars mostly inhabit has taken this issue to a higher position in the agenda of Turkey’s diplomacy with Russia. Russia has taken some steps about the cultural rights of Crimean Tatars, in part to placate Turkey’s reactions and address its concerns. However, in my opinion, Turkey can and should insist on the recognition of the status of the Crimean Tatars as citizens of Ukraine with equal rights, instead of negotiating their status and rights with Russia, which means a tacit recognition of the annexation of Crimea. This would be the fundamental assistance that Turkey lends to the Crimean Tatars, and Ukraine.