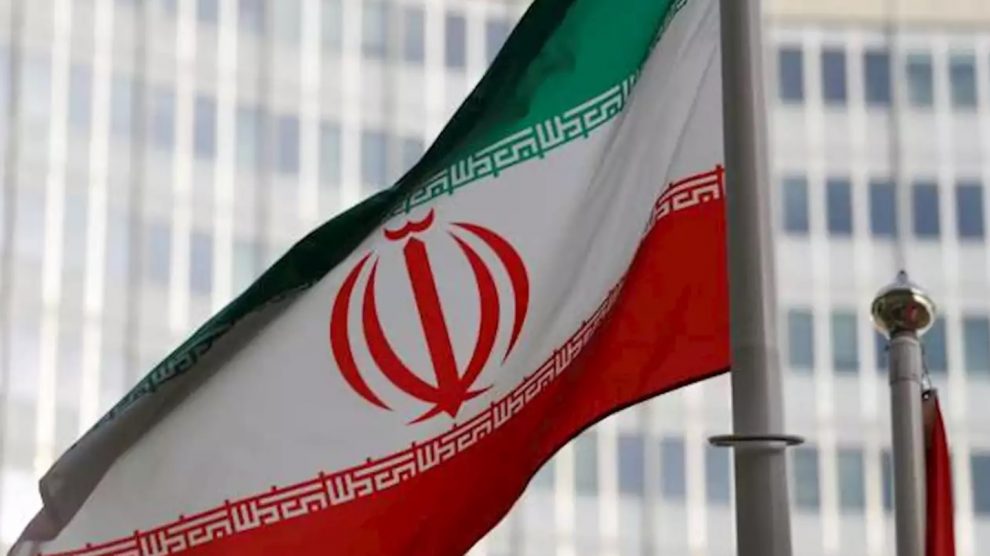 The last presidential election in Belarus continues a series of changes in the post-Soviet space that began in Ukraine (and even earlier in Georgia, but then there was a "pause"). The coming years will be fateful for the post-Soviet countries, as it is the citizens of the republics who will have to determine a long-term strategy for the future. The problem is that the political elites of the post-Soviet countries are divided between the supporters of the orientation to the West and Russia, they are late in developing a comprehensive strategy for sustainable socio-economic development of the country.

As a result, the main issue of the official authorities of the post-Soviet republics is not socio-economic and socio-political reforms, not a strategy to achieve a fair victory in the presidential and parliamentary elections, but the preservation of the model of transition ("transit" or so-called "successor" scenario). within a managed democracy. In this context, the so-called the Iranian case of retaining power by the ruling elites is in demand in some post-Soviet republics of Central Asia (and maybe not only there).

Iran's option of retaining power by the elite is as follows: in the Islamic Republic of Iran (IRI), there is a position of Rahbar (leader, leader of the nation). And the upcoming presidential election, which will take place on June 18, 2021, focuses on one question - who will succeed the 81-year-old spiritual leader of the Islamic Republic of Iran (IRI), Seyid Ali Hosseini Khamenei. Against the background of US policy of "maximum pressure" on Iran, the "successor" scenario in Tehran is considered fateful for the country's future. The results of the presidential election in Iran will inevitably affect Tehran's foreign policy, including the United States, the European Union, the Russian Federation, China, and its neighbors.

The state system of IRI is based on the principle of "velayat-e fakih", which asserts the control of the spiritual leader and his subordinate religious structures over secular institutions. According to the principle of "velayat-e fakih", Seyyid AH Khamenei is the head of state, supreme commander-in-chief and religious leader. In other words, Rahbar has the right to intervene in the legislature, the executive and the judiciary, as well as to resolve international issues. However, Rahbar's power in Iran is limited by the Assembly on the determination of state expediency, the Council of Guardians of the Constitution, the Council of Experts, where the Conservatives predominate.

In the face of confrontation with the United States and Israel, the Conservatives split the reformers and liberals, which severely weakened the team of incumbent Iranian President Hassan Rouhani. Dissatisfaction with the government of H. Rouhani is widespread among the urban population of IRI, and it is not limited to economic problems. At the end of 2019 and the beginning of 2020, the protesting students demanded great political freedoms, called for the overthrow of H. Rouhani and the spiritual leader of IRI A. Khamenei.

The biggest problem for reformists is convincing voters to run in the upcoming presidential election. Moreover, Iranian voters are dissatisfied with the actions of H. Rouhani, because he did not fulfill the promises he made in recent years.

It should be noted that the Iranian youth, who make up the majority of the IRI population, demand not only the weakening of the Islamic regime, but also greater liberalization of the country's socio-political life. In other words, most Iranians objectively want to live in a modern social environment. The growing tendencies in Iranian society are dangerous for the basic state-forming principle of "velayat-e fakih", which provides for almost absolute power of the spiritual leader of IRI.

The socio-political need for socio-economic transformations requires political decisions. Hence the conflict in Iranian society and in power. At the same time, the IRI management, using checks and balances, as well as the force factor, manages to control the situation.

Khamenei likes to say that the Iranian elections, regardless of who wins them in the end, are the basis of the legitimacy of the Islamic Republic and, accordingly, its own. Low voter turnout can negatively affect the legitimacy of government. High turnout presidential elections will give legitimacy to the Iranian regime. Therefore, the main emphasis is on the calls of the IRI authorities to actively participate in the elections. The slogan to demonstrate the unity of the Iranian people in the face of internal and external enemies has come to the fore. IRI's religious leaders, who are urging the Iranian people to go to the polls, also stress that abstaining from elections is a sin.

At the same time, conservatives, using the results of US sanctions and linking them to the existing socio-economic problems in Iran, skillfully use them against the government of H. Rouhani. Against the background of the American policy of maximum pressure on IRI, the reformist direction in Iranian policy has shown its ineffectiveness.

However, the presidential election in Iran will confirm the legitimacy of the power of religious and political elites, which will remove doubts about the Iranian faith in the Islamic social order ("zamam-e eslami") and conservative circles led by Ayatollah Khamenei are likely to achieve this result.

The frustration of the Iranians in the government of H. Rouhani pushes the liberal political wing of the reformers to gradually distance themselves from the moderate circles in the parliament and the executive branch of the IRI.

It was the alliance of these two currents that allowed H. Rouhani to win the presidential elections of 2013 and 2017. Today, the coalition is experiencing a collapse. Liberals do not want their candidates to be associated with the failures of the Rouhani government. The reformers consider themselves deceived because, with wider electoral support in Iran, they supported the moderates in the presidential election, thus securing Rouhani's victory. However, then none of the reformers entered the government of H. Rouhani, and the executive branch was formed of moderate politicians. In other words, on the one hand, conservatives accuse Rouhani of failing to govern the country, and on the other hand, supporters of liberal reforms accuse the President of Iran of failing to create the conditions for these reforms.

Therefore, the wing of moderate politicians moved away from the liberals. Ali Larijani, the permanent speaker of parliament since 2008 and one of the most influential clans in Iran, is one of the possible candidates for the presidency. In recent years, A. Larijani has been close to the moderates, although he has traditionally been a conservative. A. Larijani has a lot of credit for establishing a partnership between the parliament and the government of Iran. At the same time, A. Larijani is close to the supporters of the conservative wing and the higher clergy. A. Larijani will suit both moderates and conservatives.

The presidential election must prove the rightness of the supporters of the "resistance economy", which will allow the Conservatives to strengthen their power and lead their candidate for President of Iran, and then the future spiritual leader of the country.

It can be assumed that on the eve of the presidential election, pressure on the IRI leadership from the United States will increase, including through the intensification of ethnic separatism (the Kurdish extremist group Pejak, based in Iraq and fighting for the independence of Iranian Kurdistan, and Mujahideen in Europe). -e Hulk »). The only path the group of ultraconservatives will choose is to confront the United States and Israel, especially in anticipation of the US presidential election in November this year and in preparation for the transit of power in Tehran.

The main direction of IRI's foreign policy in the medium term will be to resist US pressure. However, Tehran, despite all the harsh statements of ultra-conservatives, threats against the United States, under certain conditions will still go to talks with Washington

Demand for a model of transition of power (the "successor" scenario), tandems and constitutional reforms designed to circumvent the time limit have become an integral part of the post-Soviet space. The "successor" scenario is relevant in those countries where the abolition of the limit on the number of presidential terms could lead to destabilization of the socio-political situation in the country with all the ensuing negative consequences for the ruling elites.

The political elites of the post-Soviet countries view the transit of power only as a controlled process under the control of the current government. Post-Soviet leaders prefer a controlled way of transferring power, which guarantees them the preservation of their current political and economic resources accumulated during their time in power.

The ineffectiveness of this model of retaining power lies in the weakness of political systems and ruling parties. For example, political parties look like puppets of the executive branch in the eyes of voters.

At present, against the background of the events in Belarus, the effectiveness of power is demanded by society itself. However, the lack of a policy of continuity and replacement of the country's foreign policy, the desire to start all over again inevitably leads to irreparable losses. But the conservation of the processes of modernization of power by the ruling elites, who want to maintain a monopoly on power, is no longer acceptable for the citizens of the post-Soviet republics.

It should be borne in mind that the controlled form of transfer of power is not initially recognized by the international community as democratic, as democratic institutions (including general elections) play a secondary role in this process. In fact, the whole transit process and its specific results are determined from above.

Under the "successor" scenario, the ruling elites seek to redistribute power in the direction of a parliamentary republic led by the prime minister. These attempts have been implemented in Moldova, Ukraine (in part), Armenia and Georgia. In other words, the parliamentary system of power to which the post-Soviet countries are moving is still being born. As a result, power becomes more distributed.

The experience of Norway, for example, shows that the government is able to achieve sustainable socio-economic development of the country with all the ensuing positive consequences for the people by taking into account the interests of citizens. But for this it is necessary to create a feedback system through referendums. It is this tool that helps strengthen citizens' trust in the government. In addition, the government must create conditions for the formation of new elites at different levels. Thus, in a number of European countries, such a strategy is implemented through elections and the emergence of new political parties and leaders.

In other words, the functions of state institutions in the post-Soviet countries are poorly differentiated, and political systems are less susceptible to changes in the socio-economic, socio-political and technological nature. None of the elements of the functioning political system of the post-Soviet space is able to ensure socio-political and socio-economic stability. This requires a combination of sustainable socio-economic development of the country and the effective functioning of its political institutions. In addition, the adaptation of the ruling elites to social change, the timely implementation of economic reforms, the nature of relations within the elites, as well as maintaining a balance between the government and the opposition are required.

"Hybrid" interference in the elections in Belarus

Aidar Amrebayev: Implications of US troops and coalition withdrawal from Afghanistan for regional security