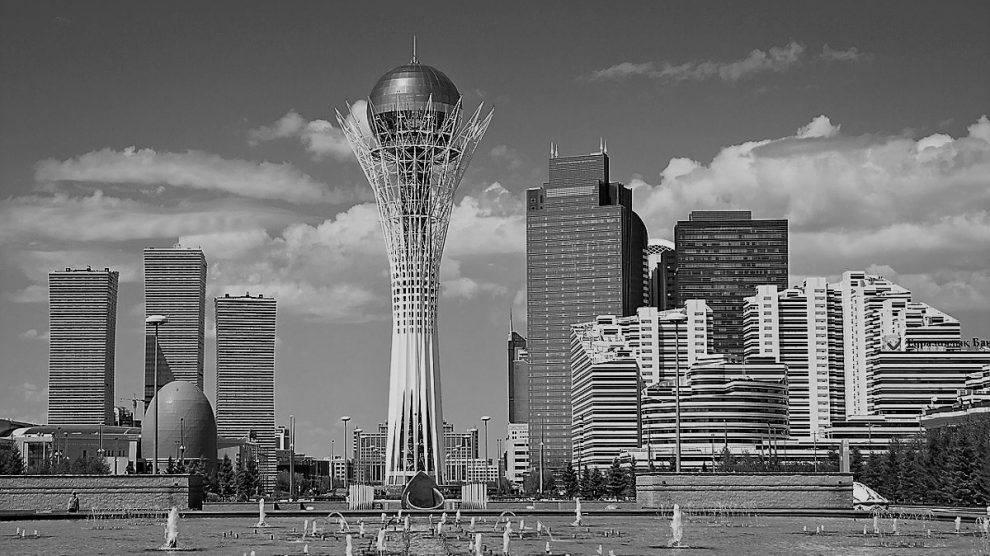 President Kasim-Zhomart Tokayev signed a new Concept of Kazakhstan's foreign policy for 2020-2030. The document is a framework, so it sets out only general trends, trends, key trends and tasks of the state in the international arena. As a consequence, many of the concepts in the Concept are smooth and streamlined, which is very characteristic of diplomatic documents - "we are friends with all, for all the good, and against all the bad." However, some aspects of the Concept demonstrate the new approaches of Kazakhstan in international relations, and are worth a closer look.

In the first chapter, as a characteristic of the current situation in the world, the instability and variability of the system of international relations is emphasized. Indeed, the world is transforming very rapidly, and economic models and political systems that have been under construction for years can collapse overnight, which is very well demonstrated by the last two black swans. The sudden outbreak of COVID-19 infection and the collapse of OPEC + oil production agreements, which have plunged world oil prices, clearly demonstrate that long-term forecasts can very often be thrown into the furnace.

Further, it speaks of "the decline of the functionality of multilateral security and dialogue institutions, the low effectiveness of preventive diplomacy and conflict settlement mechanisms, the erosion of the fundamental principles of international law." This aspect, from my point of view, is incl. a reflection of the current Russian-Ukrainian conflict, when the current system of conflict prevention and resolution, led by the UN, is once again demonstrating its inefficiency. As even members of the UN Security Council often become carriers of "realpolitik" or "political realism", claiming the inviolability of international law, and in fact using the power of force in international relations. This trend, in my opinion, is also a challenge for Kazakhstan, which is geopolitically wedged between two centers of power - Russia and China, in the condition of dependence on many issues from the US.

As a "serious risk", the US trade war with China is indirectly referred to as "a global clash of two major trends - globalism and nationalism." Indeed, the confrontation between Beijing, as a driver of globalization, and Washington, which focuses on protectionism, also ricochetly hits Nur-Sultan, economically dependent on China's demand for Kazakhstan's commodities. And attempts to change Kazakhstan's foreign policy position on sensitive issues for China were very evident during the recent visit of US Secretary of State Mike Pompeo to Nur-Sultan.

Another interesting point in the Concept is "the emergence of new factors of influence on geopolitics and geoeconomics, including those related to the phenomenon of hybrid wars." This formulation is new to this kind of documents, although the term "hybrid wars" was earlier used in the statements of the country's top management, and "hybrid methods of struggle" were mentioned in the Military Doctrine of Kazakhstan as one of the threats to the security of the state. It is obvious that the "hybrid phenomenon" is becoming increasingly dense in understanding and formulation, and although the source of "hybrid" threats is still not named for reasons of political correctness, it is obvious that the top management of the country is more attentive to the possibility of such risks. Other points include exacerbation of traditional threats, terrorism, extremism, the arms race, economic challenges, etc. - were quite expected to assess the situation in the world.

In response to these factors, it is proposed to "bring the system of foreign policy views and diplomatic tools in line with long-term realities", that is, to develop new approaches in Kazakhstan's international relations. Traditional positions such as peace-loving, multi-vector, pragmatic, proactive - have not changed, but there are new tasks that were not in the previous Concept for 2014-2020. For example, instead of Kazakhstan's desire to "develop intra-regional integration in Central Asia in order to reduce conflict potential, to solve socio-economic problems, to resolve the water-energy node and other contradictions", the new document refers to the consolidation of Kazakhstan's status as a "leading state in the Central region Asia ”, which indicates the emergence of ambitions to become a regional leader. To do this, it is also necessary to conform to the concept of a "hearing state" (the brainchild of President Tokayev) and to be among the thirty most developed countries in the world. It is interesting that Kazakhstan, once again confirms the need to form a new economic course, recognizing the critical dependence of the economic (and thus socio-political) security of the country and the elites on world oil prices. However, efforts to diversify the economy to substantially increase non-oil sources of income are currently showing no visible progress. Therefore, the formation of a new economic course is certainly positive, but the question remains how this will be done in practice, and whether it will be done at all.

In the chapter "Basic Principles of Foreign Policy » occupies a key position «continuity of the foreign policy course of the First President Nursultan Nazarbayev. " This paragraph, which is repeated several times later in the text of the Concept, is intended to reaffirm the immutability of the authority of Elbasa and to assure the inviolability of foreign policy constructions constructed by the First President. Kazakhstan will continue its multi-vector, pragmatic and friendly policy for all subjects of international law. The rest of theses are traditional for any state: participation in building a stable, fair and democratic world order, integration into the world political, economic and humanitarian space, effective protection of the rights, freedoms and legitimate interests of the Kazakhs, etc.

«Goals and Objectives of Foreign Policy » can be divided into national, regional and global. In the first place is strengthening the independence, state sovereignty and territorial integrity of the country, maintaining the independence of the foreign policy. Among the regional ones is the strengthening of leadership positions and the promotion of Kazakhstan's long-term interests in the Central Asian region, which once again indicates Kazakhstan's ambitions to firmly consolidate its status as a regional leader. Global goals are to position Kazakhstan as an "active and responsible participant in the international community, making a significant contribution to ensuring international and regional stability and security." The rest - "maintaining friendly, predictable and mutually beneficial relations with foreign states in bilateral and multilateral formats, development of complex interaction with interstate associations and international organizations, bringing practical interests of citizens of Kazakhstan and national business at the head of the foreign policy of the state" - are traditional and quite traditional. .

It is interesting that a separate clause (which, by the way, was absent in the previous Concept) mentioned the need to "promote the preservation and strengthening of the unity of the multinational people of Kazakhstan". Obviously, this factor has acquired its relevance, incl. in connection with the recent events in the Korday district, when a domestic conflict on socio-economic soil in the village. Masanchi acquired signs of interethnic pogroms. The inclusion of this paragraph in the text of the Concept, most likely, indicates that relations with Kazakhstan's neighbors will be constructed in such a way that would not violate the fragile balance of interethnic, inter-ethnic and inter-confessional consent. However, the question remains how this task will be implemented, as a solid set of amendments to the legislation on simplified acquisition of citizenship of the Russian Federation by foreigners, including for Kazakhstanis, is already being prepared in Russia. Given the large number of ethnic Russians in the north of Kazakhstan, the presence of close economic, kinship and cultural ties, it is obvious that those wishing to obtain a passport of a foreign state without giving up theirs will have many in Kazakhstan. This factor is unlikely to "strengthen the unity of the multinational people of Kazakhstan", so the question of how Nur-Sultan will confront this challenge remains unanswered.

In chapter “Foreign Policy Trends and Vision” the most priority (and, in fact, quite natural) directions of the state's activity in four directions are listed: the sphere of maintenance of international peace and security; in the field of economic diplomacy; on human rights, humanitarian diplomacy and the environment; in the field of regional and multilateral diplomacy. The most interesting, from my point of view, is the distribution of the "geographical" priorities of cooperation. In the previous Concept under the heading "Country and regional priorities", in the first place and a separate item was the strengthening of relations with the Russian Federation, followed by China, the countries of Central Asia, the USA, the European Union, and other countries by regions. In the current version, this section is called "Priorities in the field of regional and multilateral diplomacy", the first item of which was unexpectedly "granting UN Hub in Almaty the status of the UN Interregional Center for Sustainable Development in Kazakhstan and promoting its activities in Central Asia and Afghanistan" . In the second place, and no longer a separate item, but in the bloc with other countries - “further development of allied relations with the Russian Federation, comprehensive strategic partnership with the PRC, expanded strategic partnership with the USA, strategic relations with the Central Asian states, extended partnership and cooperation. with the EU ». It should also be mentioned about the continuation of close cooperation with the member states of the Eurasian Economic Union (EAEU), but with the reservation - “in the spheres established by the Treaty on the EAEU”. In addition, it stated that "the need to optimize approaches to the negotiation process within the EAEU in order to fully take into account Kazakhstan's long-term national interests." These reservations are probably a consequence of Russia's desire to expand the Union to other, not only economic spheres, on the principle of the Union State with Belarus, which is perceived by Kazakhstan as a threat to sovereignty. It is also clear that Kazakhstan is also concerned about the results of its membership in the EEU, especially as regards the reduction of exports of domestic producers, increase of imports to Kazakhstan, barriers faced by Kazakhstani businesses that produce value-added goods, etc.

As a conclusion It should be noted that despite the strength of Kazakhstan's traditional foreign policy priorities, diplomacy nevertheless demonstrates some flexibility in responding to rapidly changing conditions on a regional and global scale. The new Concept, though partially cementing the already established principles, but still gives the opportunity for maneuver in the external arena and a more active defense of their national interests. The effectiveness of these actions will largely depend on the willingness and willingness of political elites to accomplish their tasks. Otherwise, the document will remain a formality.

Metamorphoses of the Turkish-Balkan-Borisov stream