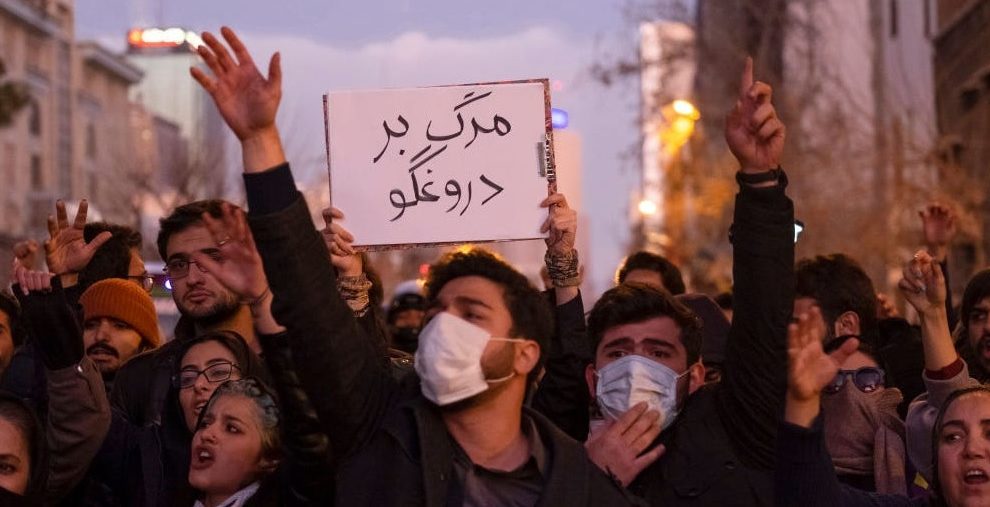 Talked briefly with our regular author about the situation in Iran ...

What is the internal political situation in Iran in light of the protests? Interesting the phenomenon - and whether it has a place to be - when just a few days after the crush on Suleimani's funeral and the death of his supporters there - after the "confession in a panic" of guilt for the plane - went back protests of students and not only. When it came to attacking the flags of Israel and the United States, etc. Is the paradigm of holding the regime in the image of an internal enemy, etc., broken for Ayatollah?

Concerning the broken paradigm, I still would not hurry. Let's remember the latest unrest in Iran in December 2017 - January 2018. The catalyst for the events in Iran was President Ruhani's unfulfilled promises to improve the social situation of Iranians.

At that time, the cities of Qom and Mashhad were the first to blow, and immediately after Friday's sermon. So far, many write that the protests were organized by liberals, communists, monarchists, and almost bald. Meanwhile, at least from the very beginning, people with little understanding of Iranian politics were well aware that protests in cities such as Kum and Mashhad with the slogan "Death of Ruhani", and even after Friday prayers - could not be organized by liberals or communists. not even monarchists.

Iran's political elite is not monolithic, and this fact is well known. The view that if a revolution happens in Iran, Iran will transform and, by the magic wand, become democratic, to put it mildly, not relevant to the current state of affairs.

The logic of internal confrontation in Iran may well be a source of doubt about the accidental nature of the crash of the Ukrainian liner. If this is a mistake, this case is identical to the South Korean Boeing brought down by Soviet air defense in 1983; Iranian Airbus, which was hit by a missile from a US battleship, Wisconsin; and the Malaysian MH17, destroyed by the Russian “proxies” in the Donbass (although with regard to the latter, it is still worthwhile to understand the specifics of “chance”).

In all three cases, there was a firing on the aircraft, and if the Soviets (during perestroika) and the Americans acknowledged an error in identifying the target, then the Russian Federation still denies its involvement in the disaster. The Iranian authorities have also acknowledged the mistake, however, when asked why it happened - the international investigation must still answer.

Iran's reluctance to hand over the black boxes to an international commission, which includes representatives of Ukraine, Canada, Sweden, the United Kingdom and Afghanistan, also does not help build confidence. Of course, the Iranian authorities' version of "unintentional human error" is the main one today, but this does not exclude other versions, for example, a deliberate provocation by one group within the Iranian government against the other. Again, the final conclusions can be drawn only on the basis of a competent international investigation, a statement of the type - "it cannot be, because it cannot be" - not an argument.

Does the regime manage to capitalize on Suleimani's death a) in "let's not forget, not forgive", b) in the balance between the forces - those to whom he interfered, and those focused on the key role of the ESRC?

When asked whether the Iranian authorities managed to capitalize on Suleimani's death in "let's not forget ..." the answer is unambiguous - of course, yes. And the fact that the adversaries of the camp to which Suleimani belonged used the moment for their own purposes does not at all cancel out what was said above.

Some experts conditionally divide the current Iranian elite into "liberal interventionists" and "conservative isolationists." I repeat, the division is conditional, in fact it is clear that everything is more difficult there, but without generalizations, we will inevitably sink in the details. So, based on this paradigm, the elimination of Suleimani is a heavy blow to interventionists, that is, supporters of the export of the "Islamic Revolution."

Let us not forget the fact that the spiritual leader of Iran, Ayatollah Khamenei, is of a very old age. The struggle for his legacy is inevitable, so we will see more than once examples of intra-elite confrontation. However, here Iran is little different from other countries, just the traditional seclusion creates the ground for speculation. So everything that is written and said about Iran should be treated very skeptically and divided into at least two.

How will Trump treat the Israel / Palestine deal in Iran?

In general, when it comes to Iran's foreign policy activity, three countries, Syria, Iraq and Lebanon, are usually remembered. However, Tehran's activity is not limited to these countries. Suffice it to recall Iran's role in last year's crisis in Venezuela.

It is to me that the question of how Trump's proposals on Israel-Palestine are treated in Iran is actually more interesting than it seems at first glance. On the one hand, this question has a simple answer - it will be badly treated.

And this is the correct answer, but not the complete one. In fact, Iran, which has always claimed to be the main spiritual (read ideological) center of the Middle East, in the current situation, has become one of them, well, or at least one of the main ones. The schedule when on one side of the Gulf monarchy, the United States and Israel, and on the other, Iran, together with its satellites (despite Ankara conducting its own game), suits Tehran. Of course, this is a certain simplification, all the more difficult, but after all people perceive it is simple schemes.

So in this case, for Iran, Trump's plan is another occasion to prove himself a defender of the entire Islamic world. Good reason, by the way ...

Gela Vasadze: “Is Georgia here? Myths and realities of military transit in the South Caucasus "

Kazakhstan - Russia: Not Together…