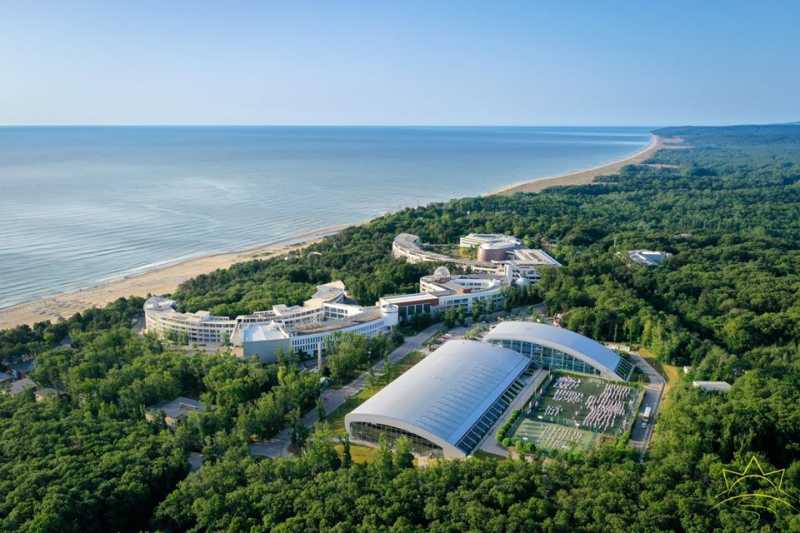 Will Bulgaria allow сto create on its territory a base for the Russian special services?

Organizers of the Russian hybrid war against Europe are constantly in the creative search and periodically produce new ideas of weakening the enemy. One of the latest "know-how" is the creation of a Russian humanitarian center on the territory of the European Union, on the Black Sea coast of Bulgaria, similar to the one operating in the Serbian Niš.

During the last meeting of the Federation Council at the end of December last year, a member of the Committee on Budget and Financial Markets and Friendship Group with Bulgaria, Senator Vasily Ikonnikov raised the issue of transformation of the Black Sea coast of Bulgaria on the Black Sea coast of Bulgaria to Bulgaria Russian humanitarian center. This complex is located 25 km south of Varna and is owned by the Moscow City Hall. It was built on Russian funds and opened in 2010, but already in 2016, Moscow's Competition Policy Department announced a tender for the sale of the entire complex. The reasons for this decision were not only economic but also political. After the annexation of Crimea, part of the federal and regional budgets began to be used to finance the conquered territory, in particular, to develop tourism on the annexed peninsula. In addition, after the dismissal of Yuri Luzhkov as Moscow mayor, his successor, Sergei Sobyanin, closed some of his projects. The rest, including the Kamchia Complex, remained underfunded. As a result, some buildings of the complex were closed, some began to be leased, and tax arrears appeared throughout the property.

Unlike in 2016, this time the Kremlin decided to use the complex situation around the complex differently. Instead of getting rid of the unprofitable object, the Kremlin's hybrid strategists decided to transfer Kamchia to state ownership and then turn it into a humanitarian center, similar to the one operating in the Serbian city of Nis. Given that the Russian humanitarian center in Serbia in the West has the reputation only of the Russian special services base, the Kremlin's plans to establish such an institution in Bulgaria raise no further questions.

It may take a long time for Kamchia to become a Russian humanitarian center, and it remains unknown whether the Kremlin will succeed in implementing the plan. However, it is an initiative of public debate that is hardly an improvisation of the Russian senator and minister, but rather a planned action, obviously aimed at a number of specific tasks. Even today the Russians want:

Conducting the same discussion on the fate of Kamchia during a meeting of the Federation Council and stating that the issue would be discussed at a meeting of the Russian Security Council with the participation of Putin, should have amplified the effect of it and the aforementioned tasks, as well as show the seriousness of the Kremlin's intentions.

The demonstrative discussion of the possibility of turning Kamchia into what is likely to become a Russian intelligence center has, as expected, caused sharp discontent with the pro-European-minded part of Bulgarian society. Immediately after considering the issue of Kamchia in the Federation Council, the Atlantic Council of Bulgaria issued an open statement that it was "inadmissible to turn the sanatorium on a site to promote Russian interests in Europe." "The implementation of such a project would mean that Euro-Atlantic Bulgaria would allow the establishment on its territory of a foreign military base for the operation of hybrid warfare, which the Russian Federation in the form of" soft power "carries out against Bulgaria, the European Union and the countries of the Atlantic Alliance. The Atlantic Council of Bulgaria called on the Bulgarian government to formally respond to these hostile anti-Bulgarian and anti-European intentions in order to cut them to the bud, ”the statement said. For his part, the head of the Atlantic Club and former Foreign Minister of Bulgaria Solomon Passy in the context of the situation around Kamchia, declared inadmissible the repetition of the Crimean or Donbass scenarios in Bulgaria.

In order to better understand the above reaction, as well as the risks faced by Bulgaria through plans to transform Kamchia from a spa resort to a Kremlin hybrid aggression tool, it is worth recalling the already existing Russian factor on the Black Sea coast of the country. According to the Russian Embassy in Sofia, today, more than 300 Russian citizens own property in Bulgaria, 500 visit it annually, and Russian investments in Bulgarian real estate exceed $ 3 billion. Along with this, the Russian oligarchs and businessmen own a significant segment Bulgaria's tourism business (mainly on the Black Sea), and it is growing.

At the same time resort facilities are used, in particular, in the interests of the Russian special services. The latter are managed on the Bulgarian Black Sea coast through the Russian Consulate General in Varna. Incidentally, notorious pro-Russian paramilitary organizations are registered and operating: the Military Union. Vasily Levsky and the Bulgarian People's Militia "Shipka", "friendly" assistance in the preparation of which are provided by Russian "brothers". If the Russian Kamchia Humanitarian Center is added to all of the above, then the capabilities of the Kremlin's special services on the Black Sea coast of Bulgaria and, accordingly, the eastern flank of NATO will be significantly expanded.

However, in order for the Kamchia sanatorium to become a Russian humanitarian center modeled on the one existing in the Serbian Niš, the Kremlin will need to follow some formal procedures. First of all - to conclude an interstate agreement with Bulgaria, which must then be approved by the Bulgarian government and parliament. In particular, this was the case with the Niš Center, when the issue of its establishment was settled by an intergovernmental treaty ratified by the Serbian Parliament. Here too, the Kremlin may have problems, given the prospect of extremely negative reaction from NATO (especially the US) and the EU, as well as a pro-European-minded part of Bulgarian society, in Sofia they are unlikely to want to conclude such a treaty with the Kremlin and thereby open a bottle with the Kremlin. gin. In this context, it can also be recalled that in 2017, a group of deputies from the Serbian Radical Party raised the issue of opening a branch of the Russian-Serbian Humanitarian Center in Vojvodina province. However, at the time, aware of the high likelihood of a backlash from the US and the EU and the fact that it could jeopardize the prospect of European integration, the Serbian leadership did not even consider the initiative.

Nor should it be dismissed that the Kremlin will not seek to implement its plans for Kamchia and will not pressure Sofia, using all its levers. The temptation to get a new base for hybrid aggression and split in the middle of NATO and the EU is quite large. Therefore, much in this case will depend on the position of the Bulgarian authorities: whether it will be able to say a sharp "no" to Moscow and exacerbate whether it will seek a compromise with the "cousins", which could ultimately lead to a deterioration of relations with Washington and Brussels with all the consequences.

The original material is posted by link