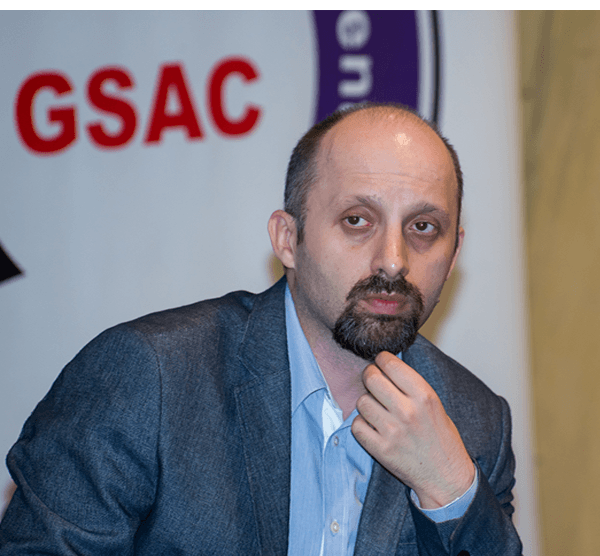 A very sharp and candid interview with the head of the Georgian Center for Strategic Analysis (GSAC), the former First Deputy Minister of Defense of Georgia Nodar Harshiladze.

Is Georgia able to protect itself today? It is not about illusions to win the war in Russia by military means, but about the system of counteracting the aggressor - inflicting maximum damage to the enemy, international support in case of…

It is difficult to calculate such things today, especially against the backdrop of the fact that the government, represented by the Georgian Dream Party, has for many years focused on, say, a social and fairly economical budget in terms of the security system. With the advent of "dreamers" in power, the defense budget has been systematically reduced. But this is not the most important thing. There is actually one ruler in the country today (B. Ivanishvili), who is conceptually not oriented on the defense sphere, lest he annoy Russia in this sense, with which Georgia “does not need problems”. That is why it is very difficult to talk about the defense and security of Georgia today as a system. This is a very truncated defense budget, and the abandonment of the former reserve system (with the creation of a new one - with uncertain prospects for implementation) and many other points. Why is the defense budget so catastrophically cut? Let me remind you that it used to be from $ 500 million to $ 1 billion. And now - less than $ 300 million.

Today, at the head of the Ministry of Defense, we have an intra-party figure of the "Georgian Dream" represented by Irakli Garibashvili. Earlier, the Defense Ministry was headed by Irakli Alasania or Tina Hidasheli, that is, representatives of the junior Georgian Dream partners in the coalition closest to our Western partners. The last former Defense Minister, Levan Izori, was also not a player of the Georgian Dream. This is a clear indication of the priority for power in the army.

The same is true of the National Security Council, which today is not present in Georgia (only on paper). Functional - there is no institutional body that will propose and plan certain actions in case of aggression. For example, there has been a recent crisis related to a cyber attack on government agencies, including the First State Television Channel. In today's system of challenges and risks - aggression against the state was carried out. The Security Council did not even gather in this regard, the problem was not discussed. We used to have different levels of the Security Council - strong, weak, but to be absent in fact at all - this is something new today…

And this is an indicator of the destruction of the security system. We are not systematically protected, because we do not set such a goal, there is no such goal in power. And in foreign policy, the security aspect is also in distress.

Let us remember, the first thing that the Georgian dream announced when coming to power is "we should not serve as a topic of discussion or discord between the US and the Russian Federation" ... And this is despite the fact that 20% of your territory is occupied. By the way, this power has been achieved. Georgia's topic is de facto not on the international agenda. Previously, the concept looked like - in the event of a war, to stop the enemy for a period (causing him maximum damage) necessary to intervene in an international security system capable of finally stopping aggression.

Today, however, there is simply no first component of this concept, which is not ideal, and there is no international component, since we are passive in this sense. No one will fight for you instead. When questions are raised about assistance (including at the personal level of heads of government), and one of our prime ministers for a few years is only able to respond with prepared, formal, learned phrases, only emphasizing his complete ignorance of the issue.

Kelly Dognan, the future US ambassador to Georgia, recently spoke in Congress and named four major key criteria and priorities: freedom of the media, freedom of the judiciary, rule of law and free elections. Sounds like a list of claims against Tbilisi.

So it is. There are "red lines" on these issues. We, in spite of everything, perceive the US as a partner country. The criticism more stiff on the current situation in Georgia will undoubtedly follow (it already is), as it was in 2016 and 2018, when the elections were criticized but perceived calmly and, in fact, forgiven. In the future, criticism will only increase along the lines of the EU and the US State Department. This, incidentally, can be very sad for the country's economy.

There is a myth that Americans are only interested in defense issues here. This was especially true in the period of L.Isorius in the post of the Ministry of Defense, that there are Americans and therefore in the defense department everything is seized. And now it doesn't matter, because Americans are no longer interested ...

This is a very simplistic and far from true interpretation. There is a certain segment of General Staff work that has been developed and worked on by American specialists. This is a limited segment, but not the whole department. L.Isoria did have good contacts with the Americans, but there were and are several different American groups that worked with the parliament and at a higher level, and in various fields, not only defense. Simply B. Ivanishvili had the intelligence to avoid interfering with the affairs of the defense department and not interfere with the Americans. And that is why today the Ministry of Defense of Georgia differs in its structure and systematic nature, just as an agency.

But the problem is that adequate money is not allocated. Americans lead defense projects without claiming control of the entire department and army. But if, after the US training, our military then turns out to be private company employees, to put it mildly, it does not contribute to the country's defense capability. This is a matter of lack of vision of the security sector's development as such.

After 2008, many repeated: we need anti-tank and anti-aircraft weapons. They have already received the Javelins and the French air defense systems. But you still say that the defense has fallen. Where is the logic?

You see, considering the military potentials of the Russian Federation and Georgia is pointless, the imbalance in favor of the aggressor is total. And we can buy 10 times more "Javelins" and air defense systems, still this imbalance will not shift in our direction.

In 1938, the Czech Republic, with its high military-technological potential, but without the political will of its state elite and leadership, surrendered without a single shot. This is also the logic of the network - if the power team does not have the same will and desire, then it is not preparing for the escalation scenarios. What kind of Javelins are I talking about, when I tell you more, many in the current Georgian government want more integration with Russia. Many in the ruling circles actively cooperate with Russia. Here is an example. The Russian intelligence community has its regional centers, for example, in Istanbul, in Prague, where they are "tuning in" with local representatives of the relationship. In the South Caucasus it was Yerevan. Meeting with Russian scouts should have been there. Now this year, this regional center has been relocated to Tbilisi. Apparently, here they feel safer, or the city is preferable to them. They feel so safe here that one of the chiefs of their intelligence came to us not too long ago. I can go on for a long time - and on thematic conferences with the Russians, on the work of the Sputnik-Georgia news agency here and on other aspects of the Kremlin's soft power…

Moving to a specific case, Georgia has a demarcation front line where the police stand on our side. Who else is called to act in what case?

And on the part of Russia today, the militant rhetoric in our direction does not even sound (although it was precisely after the results of the 2008 war that they reformed the army).

Today, we are not able to fight the creeping occupation, roughly speaking, firing in response or even somehow - when moving the demarcation line deep into our territory. Although, in this case, according to UN resolutions, we can legitimately protect our sovereign territory in a similar way. With our police station standing there, we cannot dispose of troops on a number of international documents on the demilitarized zone, which we have written. But these signed agreements with the EU Monitoring Commission can, in turn, be suspended in the event of breaches by the Russian side. But who will do this? And the current process of "borderisation" indicates that there is simply no political will to counter it. The second way - a parallel one - is to create such problems in the international arena of Russia, which will make the Kremlin no such escalation. But we are not doing this kind of work at all, although it can be much more effective than shooting.

And the "borderisation" of the Russian Federation in its own way is used for political pressure on Tbilisi ...

Yes, Russia's logic is clear. After all, in their paradigm, calling themselves a "superpower", they believe that they are acting fairly: Ukraine has decided to unite with Europe, changed us, so we are taking away "historically our Crimea", and let them sort themselves out in the Donbass. Georgia started the war, but we did not punish it, but "warned" for the future. According to the Kremlin, Russia is acting fairly - it covers our borders without bringing them to Tbilisi. In a sense, paradoxically, today is our salvation. Here is, if she decides to join us, but not territorially, but in the area of ​​influence, then she is already prepared for it.

The lever to solve this problem was our international support from Americans and Europeans, which was fundamentally destroyed by the Georgian Dream party today. Ukraine has such support today, but Georgia has given up and lost all of its own accord. So without the systematic development of the security sector, without political support from the Allies, there is no worry about fact, namely support - to scare and hold Russia in the presence of even the most modern weapons.

Prospects - not rainbow, to say the least…

We are waiting for the elections in 2020 and the formation of a new government that understands the priority of the state security issue. The ruling elite should not lead the country to isolationism, but must make a loud statement in the world about existing problems. You see, we have the elite after all, as if set up anti-Russian, but there is no system to counter the aggressor. And from the north, the enemy is advancing today, stealing, effectively playing on the character of Georgians and the weaknesses of today's paradigm of the power system in the security and defense sector in the broad sense of the word. We remember the "night of Gavrilov" and how we exploded. But why before the visit of Gavrilov nobody reacted to the arrival of the head of the SVR of Russia in Tbilisi? And today, we increasingly have alarming signals about the hopelessness of joining NATO, and even about the surrender of Russia. It's time to take care of the country seriously ...

There are changes on the western hybrid front of the Kremlin

Budget-2020: The Turnpike for Army Development