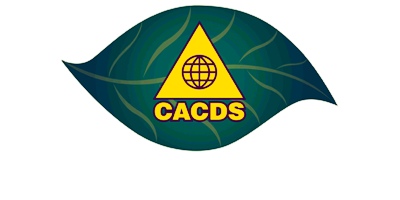 In fact, in relations with Ukraine, Belarus has equated itself with Russia. And the Ukraine’s treatment of it should be the appropriate. In particular, in terms of imposing sanctions on Minsk.

According to the Center for Army, Conversion and Disarmament Studies (CACDS), “The Arrest of Ukrainian journalist Pavlo Sharoyko in Minsk ranks Belarus with the Putin’s regime. “Until now, Minsk has tried to balance between Ukraine and Russia, by demonstrating the commitment to the “allied” geopolitical obligations to Moscow on one hand and “neutrality” and business interests in its relations with Kyiv on the other”, the CACDS notes. Moreover, Minsk even tried to offer itself as a “security donor ” in the region – a platform for peace talks like “Helsinki-2”. And recently, the Belarusian Foreign Ministry proposed to deploy Belarusian peacekeepers in Donbass.

Simultaneously, Minsk submissively conducted the aggressive “Zapad-2017” exercise in its territory, during which Russia carried out the use of the Belarusian ground for aggression against  Baltic states and Poland; in order to satisfy Kremlin it voted against the UN resolution on Crimea; it allowed the Russian FSB to kidnap the Ukrainian citizen Pavlo Gryb in Gomel. Finally, the Belarusian KGB arrested the Ukrainian journalist Pavlo Sharoyko and accused him of espionage – just the way the Russian FSB arrested journalist Roman Sushchenko and dozens of other Ukrainian citizens.

In fact, in relations with Ukraine, Belarus has equated itself with Russia. And the Ukraine’s treatment of it should be the appropriate. In particular, in terms of imposing sanctions on Minsk.

The CACDS does not see any way out other than moving to more rigid policy towards Belarus in all areas – security, economic, information, diplomatic.

At the same time, to the CACDS’ opinion, the sanction measures against Minsk must be initiated immediately. In particular, there will be an EU Eastern Partnership summit held in Brussels on November 24, to which Alexander Lukashenka has been invited for the first time in many years. The CACDS believes that Ukraine should oppose the participation of the Belarusian President in the Brussels summit, because the very fact of Lukashenka’s presence at one table with the European leaders (including the President of Ukraine) will not only neutralize the EU’s policy of deterrence of Russian aggression, but also the very essence of the European Union with its zero tolerance to contempt for basic human rights, intimidation of human rights activists, repressions against journalists.

The CACDS believes that Ukraine should offer the EU, the USA, Canada and other Western partners a package of sanctions against Belarus that will force Minsk to break the chains of vassal dependence on the Kremlin.