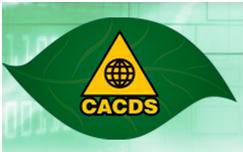 Military experts at the Center for Army, Conversion and Disarmament Studies (CACDS) judge that the Baltic Sea States and Kazakhstan are the next potential targets for Russian aggression after the “Ukrainian issue” is resolved.

Military experts at the Center for Army, Conversion and Disarmament Studies (CACDS) judge that the Baltic Sea States and Kazakhstan are the next potential targets for Russian aggression after the “Ukrainian issue” is resolved. Still, analysts believe that the Baltic Sea States are the most probable targets by virtue of the fact that it appears very tempting for the Master of the Kremlin to use these countries as kind of a testing ground on which to show its force. Furthermore, military invasion of the Baltic Sea region has a solid ground in President Putin’s strategic doctrine. More specifically, this is about an idea, which is so exciting to the Kremlin, of restoring immutable Russian control over the ex-Soviet expanse as part of its “Eurasian” projects.

The Baltic Sea region is assigned a special role with these projects – that of a “historic Russian territory” in North-Eastern Europe and, also, a region that can bridge Russia to its exclave Kaliningrad Oblast and thus provide it unobstructed access to the Baltic Sea. One more reason for Moscow is that it cannot accept NATO membership of the Baltic Sea States, which made Russia have NATO next door and in closer vicinity to its most vital cities, including St. Petersburg and Moscow. It is worth recalling that what Moscow demanded from Ukraine a few days ago was renunciation of its NATO membership ambition.

Among other Baltic Sea States, Moscow has most serious concerns in Lithuania – a most strong-willed country when it comes to defending its interests in the face of Russian pressure, a country that has vigorously supported European orientation for Ukraine and other ex-Soviet democracies, and advocated imposing tougher sanctions on Moscow.

The objectives being pursued by the Russian leader have been affirmed in his public statements on numerous occasions. Particularly during the October 22 meeting of the Valdai Club, Putin was clearly speaking in terms of Russia vs West confrontation and suggested that Moscow would seek a greater freedom of maneuver in the international arena.

This fall has seen a surge in Russian media reports and rhetorical claims concerning alleged “human rights abuses” and “harassment” of ethnic Russian minorities in Lithuania, Latvia and Estonia. In this case, emphasis has been put on the deprivation of the “Russian-speaking” minorities of right to citizenship, right to vote and right to civil service employment in their respective countries of residence, as well as the on lack of access to education in their native language. As was the case prior to the Russian invasion of Ukraine, Moscow is overtly threatening about “potentially serious consequences of such policies”, most particular for Lithuania who has a 550,000-strong ethnic Russian minority out of a population of about two million.

In pursuance of its “fifth column” strategy vis-à-vis the Baltic Sea region, Moscow has built up support for local pro-Russian political parties, the result being growing Russian influence in eastern Lithuania and electoral success of the pro-Russia “Consent” party who won the recent parliamentary elections in the country with 23 percent voter support in October of this year.

Another example in the same vein is a continuing effort being pursued by Moscow to create a military wing for the holders of “Russian ideology” in Lithuania to serve as a base for terrorist activities and illegal armed groups. Thus, according to some Lithuanian sources, the Russian Embassy in Vilnius, assisted by Russian-language schools in that country, has annually recruited young men for training at boot camps in the Russian Federation, where they are brainwashed with chauvinistic Russian Great Power nationalism and trained in weapon handling and demolition techniques. Brainwashed and trained in this way, the young men then come home already infected with anti-Lithuanian sentiment and ready for forceful confrontation with the country’s authorities on the side of the pro-Russian forces acting for the benefit of the Russian Federation.

The Lithuanian State Security Department states in its reports a significant surge in Russian intelligence activities in Lithuania. The Russian intelligence activities in Lithuania are focused on:   collecting information about the political processes in Lithuania and the situations in economy and in the security sector; recruiting agents from among State officials (including those at top political and military positions); and developing liaison with pro-Russian movements and criminal organizations. Moreover, there have been reports of planting weapons and ammunition, as well as staging provocations against Government officials in the Baltic Sea region. An example of such provocations is the abduction of an Estonian police officer by Russian security services on Estonian territory near the Estonia-Russian border in October of this year. The man, Eston Kohver, is now detained by Russian authorities on espionage charges.

The leaders of the Baltic Sea States regard these circumstances as posing an imminent threat to security in Lithuania, Latvia and Estonia – the countries being regarded by Putin as kind of experimental grounds to test NATO for unity and cohesion among member nations. Military analysts anticipate that the scenario Moscow played out in Crimea could be repeated in Narva – the Estonian town with an overwhelming Russian-speaking majority population.

Russia could intentionally destabilize the situation in eastern Lithuania and, on this background, infiltrate its “little green men” into the country, who would trespass illegally or would arrive under the guise of tourists. Assisted by the already trained and ready-to-fight local “volunteer” groups from the Russian-speaking community (“fifth column”), they can try and seize power in the country’s eastern provinces. At this stage, the seizure would be supported by the Russian forces already deployed along the borders with the Baltic Sea States.

CACDS experts understand that this scenario could be accelerated by Russia’s ultimate success in the achievement of its objectives in Ukraine, which would “untie Putin’s hands” (and particularly would release the Russian troops deployed in, and on the border with, Ukraine) to continue Russian aggression further into Europe. Some experts share the view that the Russian Federation President is reasonably sure that — despite obligations under Article 5 in NATO’s founding treaty (the pledge that all member countries must defend each other in the case of an armed attack) – the Alliance would not dare to go for a direct military confrontation with Russia and, most probably, would stop short of military intervention to help its Baltic members.

Given the current situation, it is solely a toughening of U.S. and NATO policies seeking the strategic containment of Russia that can prevent this scenario to occur. These policies should be expanded to include both the imposition of tougher sanctions against the Russian Federation, and the buildup of the US and NATO military presence in Central/Eastern Europe and Poland, as well as the direct provision of military and technical assistance to Ukraine, including the transfer of current-generation armaments and even the subsequent deployment of NATO forces in Ukraine.

If this is not the case, it seems inevitable that Russia would unleash conflicts in Lithuania, Latvia and Estonia, and, perhaps, in Poland. This would put the US and NATO in a much more difficult situation and would require a considerably greater amount of military efforts needed to counter a Russian invasion of Europe.