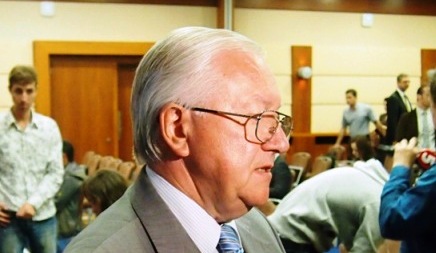 What are the results of the NATO Warsaw summit for Ukraine?

What are the results of the NATO Warsaw summit for Ukraine?

If we speak of hope: the Warsaw summit made unprecedented decisions as relates to Ukraine. We are once again grateful to NATO for showing their solidarity with Ukraine in our struggle against the Russian aggressor. We are thanful for the comprehensive assistance package approved by NATO, the scope of which really is unprecedented. That said, a certain portion of this comprehensive package repeats NATO’s past decisions concerning Ukraine. This summit was also unique in terms of the level, format, and subject matter of the meetings attended by the President of Ukraine. The level of the Ukraine-NATO Commission, the 5+1 format of the summit – all those are NATO’s nods of respect towards Ukraine. All there are positive things.

Now concerning disappointment. We did not hear the words that were recorded in the final declaration of the NATO Bucharest summit, which, and I quote, said that “Ukraine and Georgia will become members of NATO.” We did not hear anything along those lines in Warsaw, even though that summit did reference the decisions of some previous summits, including the Bucharest one. From this we can indirectly conclude that NATO supports, or rather, adheres to the decisions that were approved, including those made in Bucharest concerning Ukraine. We did not hear a single word about MAP. These are issues that can be defined through certain messages, messages that were not sent to us in Warsaw. At the same time, as a reminder: back in 2006, we were negotiating with NATO leaders concerning the invitation of Ukraine to MAP. The speech by [Viktor] Yanukovych on September 14, 2006, had essentially ruined those plans and achievements. During the first two years of Russian aggression, we did not see such steps, which is, naturally, disappointing. Obviously, the calls for solidarity with Ukraine, the calls for Russia to cease its aggression against Ukraine and observe the norms of internaitonal law – those are of some help, but not much. Especially not in the area of actual warfare, of an armed conflict between Ukraine and Russia.

At the summit we also did not hear anything about supplies of modern weaponry to Ukraine. This is also disappointing. Behind this, we can see the policy decisions made in Washington, whose administrtion keeps to the principle: despite the US Congress’ decision to give weapons to Ukraine, do not make any supplies of weapons to Ukraine.

To sum up the above, I will take the liberty of saying that today, NATO is not ready to address the question of Ukraine’s membership. However, the good news is, NATO gave Ukraine an opportunity to demonstrate that it is ready to reform its economy as well as its defense and security industries. I view this fact as positive, because any future relations between Ukraine and NATO will depend on Ukraine’s ability to carry out in-depth reforms, including those in the defense and security industries.

Minister of Foreign Affairs of Ukraine