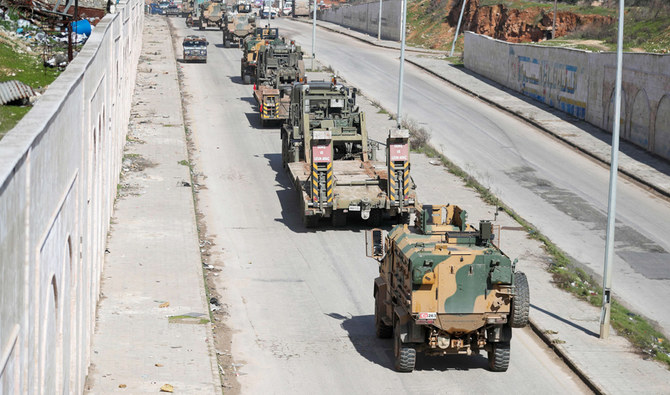 In recent weeks the Syrian province of Idlib has been transformed into the hot spot of the Middle East. There were frantic flows of calls, meetings and visits between Russian, Turkish and Western officials. Some were seeking to deescalate the situation and prevent direct confrontation between Russian and Turkish troops, others were trying to use this situation and drive a wedge between Moscow and Ankara. There is no need to go deep into details of the current stalemate. Everything is pretty much clear – Turkey wants to keep Idlib under its control and use it as a tool to secure its influence in post – war Syria, while Russia is interested to finish the active phase of military operations and speed up the political process. However, Moscow and Ankara are not the sole players of the game and others have their stakes too. Meanwhile, the only reliable way to predict the developments in Idlib is the breakdown of key interests of main players in Syria as Idlib is only one part of a much bigger game.

The top priority of Turkey in Syria remains the prevention of the establishment of autonomous Kurdish region in Northern Syria by PKK affiliated groups. This is Turkey’s ultimate goal and Ankara will do whatever possible to achieve it. The second in Ankara’s must do list is control over the territories in Northern Syria which Ankara de facto occupies as a result of 2016, 2018 and 2019 military incursions. And these two goals are intertwined as the control over Afrin and the security zone created by Turkey in Syria are the key tools in Turkey’s arsenal to effectively undermine Kurds’ aspirations of autonomy. The control over Idlib is only the third in line for Ankara and therefore Turkey is very cautious not to undermine the first two goals by pursuing control over the province. Meanwhile Ankara knows very well that Russia has both capacities and capabilities to significantly complicate the realization of its top two tasks. Thus, despite the harsh rhetoric coming out of President Erdogan and covertly guided boost of anti Russian sentiments in Turkish society, Ankara makes efforts not to ruin its relations with Moscow and has no intention to return back into November 2015.

Turkey should also take into account the US interests as American troops are still deployed in Kurdish regions. Despite all the noise of imminent US withdrawal, most probably Americans will not leave Syria soon. Interestingly, Turkey is seeking to bring the US and NATO into Idlib problem asking their support. Thus Turkey hints to Russia that not all bridges are burnt with the West and Ankara always has the possibility to improve relations with its allies. The US is only happy to spoil Russia – Turkey relations, meanwhile, it will not abandon Kurds altogether, as the latter are an excellent leverage to press Turkey whenever Washington deems it necessary.

Russian top priority is to finish the active military campaign in Syria and boost political process. This will give Moscow an opportunity to declare the final victory in Syria. It will be used both for domestic purposes to boost President Putin image as a victorious leader who is able to finish wars within short period of times while helpless Americans are bogged down in Afghanistan for almost two decades. Simultaneously, the new impetus in political process will increase Russian role as an indispensible power broker in Syria. The military push in Idlib has already resulted in additional flows of refugees which can be used as a tool to re-invoke the Europeans’ horrors of mass migration and boost right wing populist, euro-skeptic forces thus harming cohesion of EU.  Moscow is also keen not to ruin its relations with Ankara as Russia – Turkey cooperation plays well in Russian strategy of driving wedges in the US – Turkey and NATO – Turkey relations and damaging the cohesion of the North Atlantic alliance. However, Kremlin is aware that Ankara’s top priority in Syria is not idlib but Kurdish issue, where Turkey needs Moscow support.

Idlib touches interests of another player in the region – Iran. Tehran’s key priority is not o lose its ground in Syria and keep operational Iran – Iraq – Syria – Lebanon land corridor. Iran also uses its influence in Syria as leverage in its strategic rivalry with Israel. All players of Syrian chessboard understand that Iran will never completely leave Syria, at least as far as there is no regime change there. Meanwhile, Tehran may restrict its presence along Syria – Israel border and get something from Tel Aviv. The government forces’ control over Idlib means more Iranian influence in the province. Thus, Tehran is interested in advancement of Syrian forces deeper into Idlib. Simultaneously, Russia – Turkey disagreements decreases the possibility of joint Moscow – Ankara actions against Iranian influence in Syria. Meanwhile, Tehran is not interested to see the growing Turkey – US or Turkey – NATO cooperation due to the current situation. Thus, the best scenario for Tehran is the some sort of Russia – Turkey deal which will keep Syrian government forces in Idlib controlling the territories taken since January 2020, but simultaneously will keep some parts of Idlib province under the de facto Turkish control.

This scenario may satisfy Russia too, as it will allow government forces to fortify their new positions in Idlib. Simultaneously, Russia may use the possibility of any further advancement of Syrian forces as leverage against Turkey. Definitely, Turkey would like to see all government forces leaving Idlib province, but Ankara understands that it will be extremely difficult to achieve such an outcome. Meanwhile, the de facto Turkish control over Idlib city and some parts of the province definitely is not the worst case scenario for Ankara.

Thus, most probably, in short term perspective we will see some accommodation between Russia and Turkey over Idlib which will keep parts of the province under Turkish control. Meanwhile, it’s less likely that government forces will leave all territories conquered in last two months. However, any solution reached during recent Russia – Turkey consultations will be temporary. In long term perspective the realistic scenario is the gradual increase of government control over Idlib. At the end of the day, Turkey will be ready to leave Idlib but keep Afrin and territories of security zone he occupied as a result of 2016 and 2019 military operations. Despite all statements that territorial integrity of Syria should be restored, most probably Turkish forces will control parts of Northwestern and Northeastern Syria for years of not decades to come.