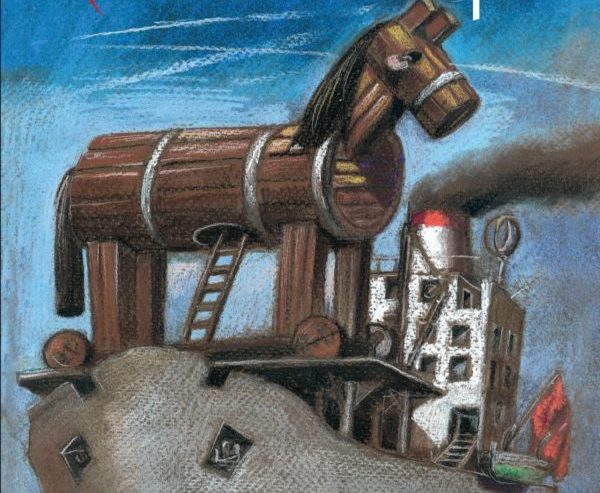 The 2019 marks the tenth anniversary of the EU Eastern partnership program. Throughout the year many international conferences and workshops have been organized with key goal to evaluate the program, but more significantly, to assess the future developments in the six member states. Different scenarios are being discussed with both optimistic and pessimistic views.

The six Eastern partnership countries have different background and foreign policy priorities. However, there are key common external drivers which significantly influence their geopolitics. Among them are Russian policy towards its neighborhood and the West – US/EU/NATO – vision for the region.

All Eastern Partnership countries, except Belarus are in some extent involved in conflicts. Ukraine and Georgia are in tough struggle with Russia, Armenia and Azerbaijan are in “no peace no war” situation and Moldova is seeking to regain control over Transnistria. Meanwhile, they have different foreign policy goals and orientations. Ukraine and Georgia seek NATO and EU membership, Armenia, and to some extent Belarus makes efforts to diversify their foreign policy without crossing red lines and jeopardizing strategic alliance with Russia, Azerbaijan keeps balance with no intention to join neither Russian led organizations nor EU or NATO, while Moldova albeit signing the Association Agreement with EU tries to have partner relations with both camps.

To make any valid mid term assessments on the future geopolitics of these countries, the understanding of development of the key external drivers is of crucial importance. In this context two possible scenarios may evolve based on the changes or consistencies in Russia’s and the West’s behavior.

The most significant geopolitical player in the region is Russia. Russia views these territories as a necessary buffer zone to prevent the penetration of malign Western influence deep into Russia. Russian leadership is apparently convinced that key goal of the “United West” – the US, EU and NATO, is the significant weakening of Russian state which eventually will result in “regime change” bringing into power puppet regime dependent on the West.

According to this logic, the first step of this plan is the decrease of Russian influence in the post Soviet space and establishment of anti-Russian regimes there. Within this perspective Russia should do everything to keep its influence in the near abroad, fight against growing western influence and as the minimum task create chaos in those states where pro-Western forces have managed to come to power.

According to this scenario, Russian foreign policy will be mainly unchanged at least till mid 2024 which means that in coming five years the Russia – West competition and Russia – Ukraine, Russia – Georgia hostile relations will continue with minor positive changes (like recent prisoners’ swap which is an important step but has no strategic implications). Status quo will remain unchanged – Russia will continue to provide hard security guarantees for Donetsk and Lugansk People’s Republics and Abkhazia and South Ossetia effectively preventing Ukraine and Georgia membership into either EU or NATO.  Russian forces will remain in Transnistria and Russia will continue press Belarus for further integration. As for Armenia Yerevan will continue its membership into Eurasian Economic Union and Collective Security Treaty organization and Russian military base will still be deployed in Gyumri. Azerbaijan will deepen its economic and military-technical cooperation with Russia and simultaneously will resist Russian attempts to drag it into EAEU or CSTO.

Russian foreign policy will be changed after 2024 power transition, either as a result of liberals victory (which many think is too unlikely) or, most probably, as a result of personality change in Kremlin. The new President, even if from the narrow circle currently surrounding President Putin, may choose more conciliatory foreign policy based on pure pragmatic approach – to save the Russian economy from sanctions resulted stagnation and decline. According to this scenario, Russia after 2024 will make moves to bring Donbass back under the Ukraine control, will remove its troops from Transnistria and start to contemplate about cancellation of Abkhazia and South Ossetia independence recognition. As a response, West will cancel most of the anti-Russian sanctions, we will hear less and less Western talk about Crimea and situation around 2025-2027 will resemble the Russia – West relations in 2009-2011 after the Russia – Georgia war. There is a possibility of launch of Ukraine and Georgia EU membership process after 2025 with some prospects of becoming full EU members till 2030.

In this scenario the West makes a decision not to wait until 2024 to improve its relations with Russia. This policy may be driven by both economic incentives (this applies mainly to Western European heavyweights such as Germany and France) as well as geopolitical considerations to bring Russia into anti China camp (this applies mainly to the US). The West will offer a deal to Russia which envisages the de facto buffer status for Ukraine, Georgia, Moldova and Azerbaijan and acceptance by the West the Russian control over Armenia and Belarus.

In this case Russia brings back Donetsk and Lugansk under Ukraine control but these territories receive special status with possible veto power over Ukraine foreign policy. Some Russian military presence continues there under the umbrella of OSCE or UN peacekeeping mission. Russia keeps its military presence also in Moldova, as well as in Abkhazia and South Ossetia. Russia agrees to stop further borderisation policy in these two regions, but they effectively remain under the Russian control. In this scenario the West de facto abandon any idea of Ukraine and Georgia membership into either EU or NATO, meanwhile, Russia promises not to make efforts to bring them alongside with Moldova and Azerbaijan into either EAEU or CSTO.

The West significantly decreases the anti-Russia sanctions, open its capital markets for Russia and increase Western foreign direct investments as well as open access to modern technologies for Russian companies. Simultaneously Russia grants additional economic privileges to the European big businesses, but most importantly, supports the US in its anti-China activities. Russia may prohibit Chinese IT giants’ access to Russian markets, join Western criticism over Belt and Road initiative and decrease the level of Russia – China military technical cooperation. Russia may also take anti-China attitude in Shanghai Cooperation Organization using its influence there to create obstacles for China in the Central Asia.

In this scenario neither Russia nor the West significantly changes their policy in mid term perspective. The power transition in Russia does not bring any novelty. According to this scenario Russia will continue its tough anti-Western policy also after 2024. Parts of Eastern Ukraine as well as Abkhazia, South Ossetia and Transnistria will remain under the de facto Russian control. Russia will continue efforts to weaken Ukraine and Georgia statehood and support Pro-Russian forces there. Western sanctions will remain in place and may become even tougher but will fail to bring substantial changes in Russian behavior. Russia – West relations will remain in their lowest point and there will be growing Russia – China strategic cooperation. Despite tough anti-Russian sanctions and rhetoric the West will not initiate any meaningful process of Ukraine and Georgia EU or NATO membership even with possibility of not providing NATO article five guarantees to the Abkhazia, South Ossetia or Donetsk and Lugansk.