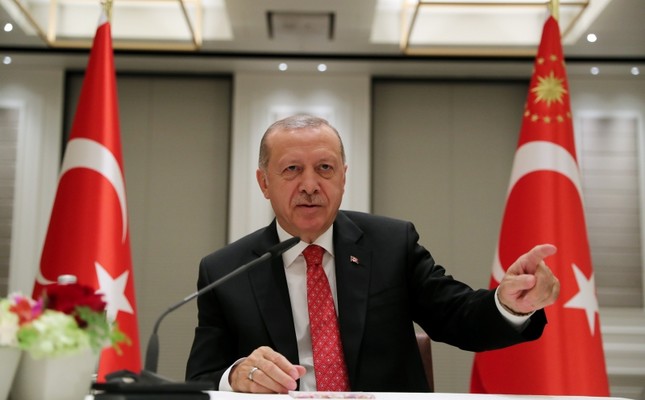 The United States intends to punish Turkey for the purchase of Russian S-400 air defense system, and US congressmen have already passed the corresponding bill, say columnists from The Hill Soner Kagaptai and Andy Taylor. America is preparing to reduce defense cooperation with Turkey. In your opinion, if the United States reduces defense cooperation with Turkey, how will this affect the implementation of Ankara and NATO military programs?

All Turkish defence industry has depended on NATO systems when Turkey joined the military alliance in 1950. Even if some defence productions in Turkey have relied on some critical parts like software and engines, which are provided by other NATO countries. If there is a cease of defence cooperation with the United States or other leading NATO members, it is not only affecting new projects but also existing defence productions in Turkey. For instance, the backbone of the Turkish air defense has been built up on F-16 fighter jets since the 1980s and Turkey has an expertise to produce some of its spare parts. Therefore, the involvement of F-35 project is a part of this long-term air defense strategy of Turkey.

The United States is considering the possibility of introducing three packages of sanctions against Turkey in connection with the purchase of Russian S-400 anti-aircraft missile systems. It is reported by Bloomberg, citing sources. Sanctions may be introduced in July. What can you say about this? In your opinion, what areas can affect these sanctions? Can these sanctions seriously damage the Turkish economy?

Washington has begun to sour its relations with Ankara in recent months particularly over its purchasing of the S-400 missile system from Russia. Until now, both the United States and NATO officials repeatedly warned Turkey that Russian or Chinese ( in the 2013-2015 period) systems cannot be deployed in a country, particularly if it is a NATO member. Now the diplomatic tones of warning to Turkey from the United States has become stronger every passing day and if the S-400 purchase has been done, there will be a severe political crisis between Washington and Ankara.

Turkey has also deeply integrated to the Western system economically, politically, and militarily for more than six decades. Even a rumor on occurrence of a big issue with a big Western ally is good enough to make uneasy of the Turkish financial system. When the Trump administration imposed some symbolic sanctions to Turkey in August 2018 during the “pastor crisis”, the Turkish lira experienced a historic free fall. A single tweet of Trump in early January 2019 made the Turkish financial market uneasy within a day. This shows that how the Turkish economic vulnerability is high and very dependent on Western financial system and the AKP-MHP coalition will likely refrain itself a potential US sanction. Within this framework, it is unlikely that Ankara prefers to deepen crisis with NATO allies. As a sign for that, the Turkish military was very eager to participate to recent NATO military exercises with relatively large capacity in the Baltic Sea, the Black Sea and the Mediterranean to confirm its commitments to the alliance.

What do you think, after the US sanctions, can Turkey leave NATO?

Leaving NATO will be very extreme decision for Turkey. On the other, any Turkish government cannot stay in power, if there is a financial crisis in the country. Even the current economic recession since August 2018 negatively affected to the AKP-MHP coalition at the local elections on March 31, 2019 and Turkish opposition parties won mayoral elections in largest cities. Under these severe economic conditions, it will be difficult for the AKP-MHP coalition to stay in power. Usually, Turkish people have become more supportive to pro-West established economic relations under severe financial situation. For instance, the 2001 financial crisis push the Turkish people to deliver more support for Turkey’s European Union membership and the IMF standby agreement.

The United States exerts pressure on Turkey because of the C-400, but Turkey does not refuse to buy. Why Turkey does not want to abandon the deal with Russia on the C-400? Why does Ankara insist on this deal?

Jeopardizing of participation to F-35 project due to the purchasing S-400 cannot be understood within the context of Turkey’s long-term national interests. The AKP-MHP coalition says that it will stay firm to fulfill its commitment for purchasing the Russian S-400 missile system. So, Turkey’s long-term national interests lays to involve the American F-35 fighter jet projects, while the AKP-MHP coalition interest prioritizes the Russian S-400 missile deal. We will see which alternative will be dominant in Ankara by late July 2019. Even if the AKP-MHP coalition prefers to keep its commitment on the S-400 missile deal, this does not mean that it will be sustainable for a very long time. Any new Turkish government may change Turkey’s defence course to NATO again. Besides, President Recep Tayyip Erdoğan is very pragmatic leader and having good individual contact with President Donald Trump too. Erdoğan decides a less costly option between the S-400 and the F35 for his government in a month period. It is difficult to know which one less is costly alternative for the Turkish president right now.

Following the deal on S-400, representing military cooperation in Turkish-Russian relations, Moscow and Ankara are making a new move. The Russian state corporation Rosatom has fulfilled the conditions necessary for obtaining a license to build the second power unit at the Akkuyu nuclear power plant in Mersin. It is assumed that the company will receive permission this month (at the latest – in early July). The foundation will be laid before the end of the year. What challenges may Turkey face if this nuclear power plant is fully operational?

Apart from defence cooperation, Turkish-Russian relations have lots of area of cooperation in different fields. There is important progress to buildup nuclear power plant in Akkuyu by Rosatom. If everything goes well for building of the Akkuyu NPP, the main challenge will be to finance its costs. It is expected that Turkish economy will be slowdown around 2% for 2019. Lower demand to electricity in Turkish market will be a challenge in the short run. Bu in the mid-term, the Akkuyu NPP will be an important source of energy for the Turkish market.