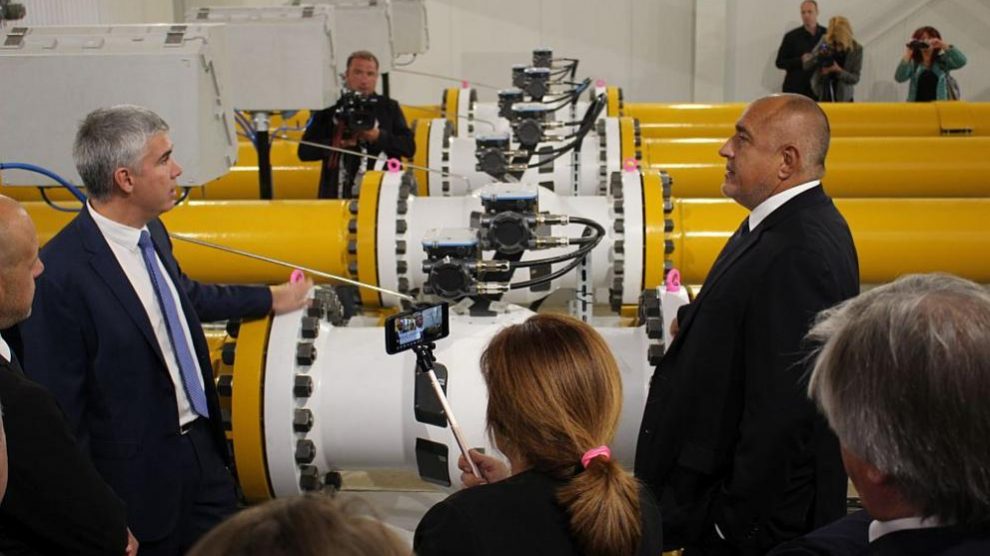 In an attempt to relieve the Turkish Stream project of US sanctions, Bulgarian Prime Minister Boyko Borisov resorted to an unofficial change in the name of its Bulgarian segment.

To date, the Bulgarian media have been instructed not to use the term "Balkan Stream", which until recently was Borisov's political brand. Official propaganda claimed that although the Turkish Stream crossed Turkey and Serbia, its Bulgarian segment was a completely different project.

Last week, US Secretary of State Mike Pompeo sent a simple message that companies that build, finance or provide services, equipment, spare parts or other goods for Balkan Stream are subject to US sanctions. This icy reminder from Washington prompted Borisov to return to the original narrative, namely that Bulgartransgaz is not engaged in "flows" - the company is restoring and modernizing the Bulgarian gas transportation network.

The problem with this interpretation is that a project called “Rehabilitation, modernization and expansion of the existing gas transmission system” already exists. The name change opens a new Pandora's box. The reconstruction project is in the common interest of the European Union, while the Balkan Stream is not. Among other things, the content of the restoration project is completely different; it is part of the transport system, while Balkan Stream transits gas for one customer from the entry point in the Malkoklar-Strandja area to a specific exit point on the border with Serbia.

The European Commission has explicitly excluded the Balkan Stream project from the list of EU projects of common interest. The EC has made it very clear that the Bulgarian government is implementing it at its own risk, without any guarantee that it will function under the current regime. It is worth noting that the latest round of US congressional sanctions targets companies that provide pipeline testing, certification and inspection services, which means a bleak future for Balkan Stream, even if the Bulgarian government continues the project.

Neither the EU nor the US government has a problem finding out the root motives of these steps.

Bulgartransgaz is unlikely to receive the requested loans of EUR 400 million needed to complete the project.

Gazprom is unlikely to be able to continue behind the scenes direct financing of Saudi company Arkad, which is building the pipeline.

Also, the American company Solar Turbines will not be able to supply gas turbines for two compressor stations "Balkan Stream".

The extension of the Turkish Stream through Bulgaria will cost Bulgartransgaz almost 1,5 billion euros, which is a different cost compared to the reconstruction project, which requires less than 100 million euros.

A reckless maneuver to change the name of the "Balkan Stream" to a more innocuous one - the restoration and expansion of the transport network - could cause serious damage to the Bulgarian project of common interest to the EU.

The project "Restoration and modernization and expansion" includes the following subprojects:

- Repair and replacement of sections of the gas pipeline - several parts of the existing gas ring - has nothing to do with the "Balkan Stream".

- Expansion and modernization of the existing transport network; expanding access for new users.

- Checks to assess the condition of gas pipelines;

- Implementation of systems to optimize the process of managing the technical aspects of the network.

"Balkan Stream" as a transit project is isolated from the internal transport network and connecting lines. As part of the Turkish Stream project, its facilities have been pre-leased for the next 20 years and provide Gazprom with a monopoly on gas transit through Bulgaria to Serbia. Neither Borisov nor the head of Bulgartransgaz can dispute these facts.

Prime Minister Borissov is desperate to stay in power and ensure that the Balkan Stream is completed by March 2021. Personal commitments to President Putin help explain his reluctance to resign, despite unprecedented protests in Bulgaria this century.

The Prime Minister of Bulgaria has faced the unenviable fate of a hostage of the Kremlin's interests, who hopes to be able to constantly deceive all people - the public, our allies in the EU and NATO and his clients in Russia.