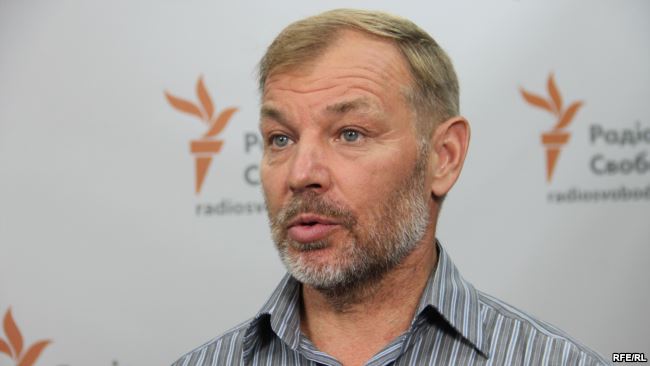 The CDACR, with the support of the NATO Information and Documentation Center, held an international round table on NATO-Ukraine relations in the context of the security situation in the Black Sea region. The round table discussed the political, military and regional aspects of the development of cooperation between Ukraine and NATO in the Black Sea. We bring to your attention the report of the Commander of the Ukrainian Navy (2014-2016) Vice Admiral Serhiy Haiduk, which is devoted to the issue of reforming the Ukrainian Navy, as well as the need for systematic formation of an integrated state maritime policy.

The reform of the Ukrainian Navy must be commensurate with the level of current and future threats from the naval direction.

There has been a lot of talk about external threats for a long time. These are, of course, challenges to the world order, which are characterized by Russia's aggressive actions in the Black and Azov Seas not only towards Ukraine but also towards NATO countries. This is a counterweight to NATO's Operation Atlantic Determination and its concept of a Special Advanced Presence in the Black Sea.

Regarding internal threats, I would like to share my views taking into account my experience of the Crimean events of 2014, actions to prevent the creation of the so-called "people's republics" - "Odessa", "Nikolaev" and "Bessarabian", restoring combat readiness of the Ukrainian Navy after withdrawal. Crimea and participation in the war in eastern Ukraine.

The biggest threats to Ukraine in terms of maritime security are internal threats.

What are they - internal threats? What is their level, nature and causal outlines? ”

Expert discourse on the significant risks of further Russian military intervention against Ukraine from the Azov-Black Sea region raises questions: does the Ukrainian government understand the importance of state maritime policy to promote and protect national interests, eliminate threats from the sea.

State maritime policy - a system of goals, measures, means and concerted actions of central and local executive bodies aimed at the realization of national interests at sea

Let's compare the approaches to the state maritime policy of Ukraine and Russia, which can be illustrated by the decrees of the presidents of the two countries (Decree of the President of the Russian Federation from 20.07.2017 № 327 "On approval of the Fundamentals of state policy of the Russian Federation in the field of naval activities until 2030" and the Decree of the President of Ukraine dated 12.10.2018 №320 / 2018 on the decision of the National Security and Defense Council of Ukraine "On urgent measures to protect national interests in the South and East of Ukraine, in the Black and Azov Seas and the Kerch Strait")

The "political bipolarity" is obvious: the Russian decree is a strategic planning document, the Ukrainian one is situational, it appeared after the actual occupation of the Sea of ​​Azov by Russia and the blocking of shipping to the Ukrainian ports of Mariupol and Berdyansk.

Historically, since independence, Azov has not been seen by Ukraine as a priority of public policy. Is it possible to find mentions of the need to maintain naval formations on the Azov coast in the periodic 5-year State Development Programs of the Armed Forces of Ukraine? Maritime border guards, in the absence of a demarcated and delimited sea border in Azov, performed the functions of securing the border rather than guarding it.

On the Russian side, there is a systematic approach to Crimea and Sevastopol and the government's understanding that the navy, and in this case the Russian Black Sea Fleet, is a tool for implementing foreign policy. On the Ukrainian side, there is a permanent reluctance to engage in state maritime policy. Problems related to maritime activities, challenges and threats in this area are perceived by the Ukrainian flaw and society situationally.

The result is deplorable - we lose the Black and Azov Seas, give the Russian Federation the opportunity to turn the Black Sea into a "Russian lake"».

Today, the Russian Black Sea Fleet currently has up to 50 warships and submarines, of which 6 surface ships and 6 submarines are carriers of naval cruise missiles. At the same time, their total missile volley is 72 cruise missiles, and by 2022 it is planned to increase it to 152. And if we add aviation and coastal missile systems, an extensive air defense system and coverage of surface and underwater conditions. And all this build-up has been done since 2014.

What are the Ukrainian naval arguments and achievements of today?

Armored coastal boats with the need for industrial improvement, long-term testing of missile weapons and "modern land lease" from the United States in the form of 2 coast guard boats. And perhaps we can mention the Marines, which are used as units of the ground forces in the absence of a sufficient number of landing ships and boats.

Ukraine may oppose the federal target program "World Ocean" of the Russian Federation, which is actually frozen since 2014, the program of building a national corvette, not implemented the Maritime Doctrine of Ukraine and the corporate Strategy of the Ukrainian Navy, deprived of resources.

Unfortunately, the state target program has not been approved and, accordingly, is not funded. Separate departmental systems continue to operate - the Ministry of Defense, border guards of the Ministry of Internal Affairs and the Ministry of Infrastructure. Although the experience of Romania has shown that such a system can be created and its internal and external integration with NATO within 5 years.

Isn't this one of the internal threats?

The Maritime Doctrine of Ukraine for the period up to 2035, in contrast to the Russian one, has a passive character, in which the Ukrainian Navy is assigned the function of support. This is not surprising - in a country at war with the sea, the main developer and responsible for the publication of the Maritime Doctrine was appointed by the Ministry of Infrastructure with the function of co-executor - the Ministry of Defense. It seems an obvious managerial "skew".

Ukraine has created a paradoxical situation when maritime activities (enshrined in the 1982 UN Convention on the Law of the Sea, which was ratified by the Verkhovna Rada of Ukraine in 1999) distributed between ministries, while the agencies responsible for state maritime policy do not have cross-sectoral links between ministries and their strategies. For example, naval activity is the focus of several ministries: the Ministry of Defense and the Ministry of the Interior.

Perhaps this explains the situationality and inconsistency in the formation of state maritime policy, when the political authorities try it on themselves: then we build a corvette, then we build boats for coastal navigation; then we announce in doctrinal documents and in the Strategic Defense Bulletin unrealistic tasks for the restoration of the infrastructure of the Ukrainian Navy after the liberation of Crimea by 2020; then we declare the construction of defense from the sea from its shore in the world trends of its construction from the shores of the enemy.

How to bring NATO and Ukraine's efforts closer to overcoming the "calm" state of Ukraine's maritime activities?

In addition to shaping domestic maritime policy, this body should also formulate foreign maritime policy, interact and continuously develop cooperation with NATO, the EU and other regional and international maritime safety networks.

One of the most interesting experiences in this area is the establishment in the UK of the National Maritime Information Center (Portsmouth), which is an independent government body representing the interests of all stakeholders in the UK Government on maritime safety.

The initiative group has already developed the Concept of this body and submitted it for consideration within the project initiatives of the National Academy of Public Administration of Ukraine for the President and the Government of Ukraine.

Besides, already in September of this year within the limits of the XI international scientific and practical conference "Innovations in shipbuilding and ocean engineering", devoted to the 100 anniversary of National university of shipbuilding of a name of Admiral Makarov (Nikolaev) carrying out the closed session of experts of state level is planned. discussed the formation of the prototype of the Joint Maritime Operations Center and its components: the scientific-expert council and the council of professional experts of the state level, the roadmap for the implementation of maritime policy of Ukraine.

Lack of strategic "maritime" documents - the Law of Ukraine "On Maritime Policy", the National Maritime Security Strategy, the relevance of the existing Maritime Doctrine of Ukraine until 2035, do not allow to clearly define the development of state maritime policy, develop and adopt targeted funding programs , as an example, the State target program of development of shipbuilding, to plan functioning of the whole branches of national economy which are connected with sea activity.

And here it is definitely necessary to change the paradigm of "Soviet-Russian" approaches to the system of regulatory and legal support of maritime safety, and talk, as an example, about the experience of the United Kingdom, where the National Maritime Safety Strategy, 2014. is a component of the National Security Strategy or the Doctrine of Naval Power (JDP 0-10), 2017. is part of the Defense Doctrines (JDP 0-01) and the Doctrine of Joint Operations (JDP 01).

This will significantly increase the combat potential of the Ukrainian Navy and allow us to talk about the elimination or reduction of certain threats from the sea. In addition, be interoperable on marine weapons and NATO procedures. For example, minesweepers - mine risk elimination; landing ships / boats - revival of marine landing training of marines and landing of marines; submarines as an offensive weapon - the destruction of enemy ships, erection of minefields, reconnaissance, landing DRG.

Therefore, of course, it is necessary to take into account the bitter experience of the State Targeted Defense Program for the construction of "corvette" class ships under project 58250 (Resolution of the Cabinet of Ministers of Ukraine of November 22, 2017 №879), when "business and political interests have defeated the economy and national security."

Are the Ukrainian Navy capable of "self-reform"?

It is necessary to understand a simple, banal thing - the national fleet (military, civilian, fishing, transport, research) is built by the state, not by individual ministries and departments. For example, they do not build the navy of the Ukrainian Navy, the General Staff or the Ministry of Defense. They only form a reasonable need for submarines, ships and boats, aircraft and propellers, missile systems to eliminate threats or guaranteed reduction of their level from the sea.

This is the level of foreign and domestic political cooperation, cooperation of enterprises of various forms of ownership, cooperation of ministries and departments, the formation of state programs and investment plans.

In such a short time it is difficult to cover all the issues of maritime activities of Ukraine, this requires a broader discourse between the subjects of state maritime policy: the Ukrainian government and society.

Maybe you were hoping to hear from the admiral something like "help us with ships or missiles and we will overcome the threats from the sea." The best help for Ukraine with the status of a special NATO partner would be to overcome the internal threats of Ukraine's maritime sector, to form a state maritime policy, its management architecture and consistent practical steps to implement it, which do not depend on a change of political power.

Without eliminating the internal threats associated with the revival of state maritime policy, we give a chance to the Russian Federation to implement the plan "Novorossiya", the main purpose of which remains the isolation of Ukraine from the sea. And here the logic of the Russian Federation is very simple: Ukraine has no access to the sea, so: