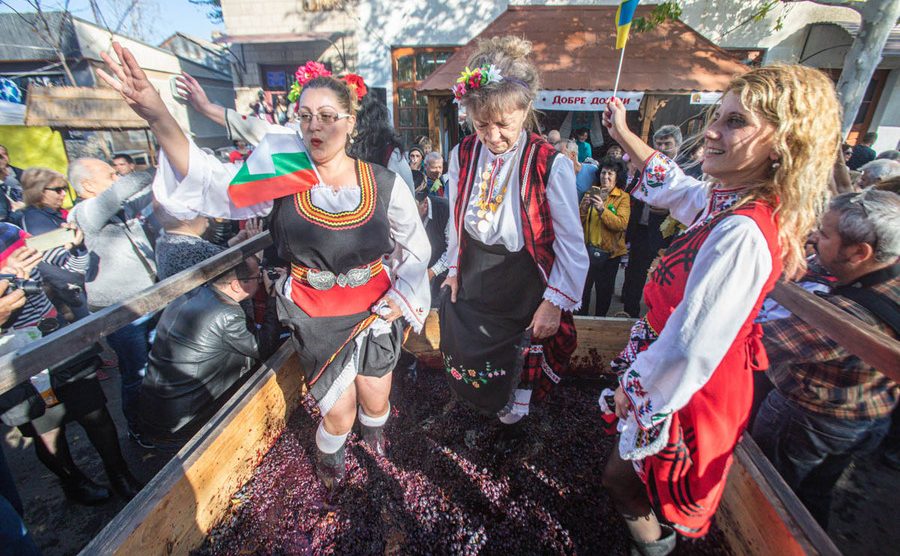 An unusual revival in Ukrainian-Bulgarian relations. Unfortunately, it was caused not by a positive reason, such as the implementation of an important bilateral project, or a visit to Kyiv by the first person of the Bulgarian state, but by a resolution of the Bulgarian Parliament, which decided to point out the fate of its compatriots in Ukraine. how it should carry out administrative-territorial reform.

During yesterday's sitting, the Bulgarian parliament adopted a resolution in which it sharply protested against the Ukrainian authorities' plans to carry out administrative and territorial reform in the Bolgrad district of Odessa region, which is one of the main centers of the Bulgarian minority in Ukraine. According to the reform, it provides for the creation of five united territorial communities, where ethnic Bulgarians will no longer be the majority. The declaration was proposed by the leader of the Popular Salvation Front of Bulgaria (NFSB), Vareri Simeonov, and supported by the pro-government GERB, the United Patriots group, which includes the NFSB, and the pro-Russian Volia party.

During the discussion in the parliament, the deputies noted that the reform is envisaged exclusively in the Bolgrad district and is clearly aimed at striking at the Bulgarian minority. In the declaration itself, Bulgarian parliamentarians called on local authorities to urgently organize an intergovernmental meeting to protect the rights and administrative unity of the Bulgarian minority in Ukraine in accordance with existing bilateral agreements, including those that provide education in Bulgarian.

On the other hand, when worrying about preserving the identity of their compatriots in Ukraine, Bulgarian deputies do not know, or simply ignore, the fact that the Bulgarian minority, despite all the opportunities created by the Ukrainian authorities, for example, is not very interested in learning Bulgarian. At the household level, Bulgarians themselves speak mostly Russian, explaining that "it's easier for them." Moreover, in September 2019, the Bolgrad District Council (which most likely alerted the Bulgarian parliament to threats of administrative-territorial reform) refused to decide to hold meetings in Ukrainian. Such a decision could still be understood if the council wanted to use the Bulgarian language in its work, but they decided to continue working in Russian. So a logical question arises: what is the identity of the Bulgarian deputies? If they were really concerned about preserving the identity of their compatriots in Ukraine, instead of issuing noisy declarations, they should focus on providing Ukrainian Bulgarians with the necessary number of qualified Bulgarian language teachers and textbooks. The existence of such a problem, in particular, was repeatedly mentioned at meetings of the Bulgarian minority in Ukraine.

Thus, the declaration of the parliament, as well as the statements of Bulgarian deputies such as "Ukraine's decision to divide the Bulgarians in the Bolgrad district will be a serious blow and depersonalize the largest Bulgarian community abroad", is rather an emotional game aimed exclusively at its own electorate. trying to show him that they care not only about the fate of citizens living in Bulgaria, but also their compatriots abroad. This is especially true of the United Patriots, who were among the initiators of the parliamentary declaration.

The conversation between the Ministers of Foreign Affairs of Ukraine and Bulgaria, which took place after the release of the resolution of the Bulgarian Parliament, showed that such an issue can be resolved through a constructive dialogue without creating unnecessary noise in bilateral relations. In it, as reported by the Bulgarian media, Dmitry Kuleba informed his Bulgarian counterpart Katerina Zakharieva that the Bolgrad district will remain within its current boundaries. The two ministers also agreed to keep in touch until the issue is resolved.

Secondly, the tone of the declaration itself and the statements of the Bulgarian parliamentarians is alarming. He said that "after many years of consistent support for Ukraine, including in the international arena, Sofia has the right to expect from Kyiv guarantees of the unity of the Bulgarian national minority," and "that Bulgaria's support for Ukraine's accession to the European Union, the European Union and the European Union insofar as it violates the European Charter of Local Self-Government and the Framework Convention of the Council of Europe, they are very similar to an ultimatum and blackmail similar to the one applied to Ukraine by Hungary.

Bulgarian compatriots, who for their own political purposes try to dictate their terms to another sovereign state and manipulate friendly relations and its support in the international arena, do not benefit from such actions of their compatriots, whose fate they allegedly care about. The only beneficiary in this case is the Kremlin, which has another opportunity to discredit the Ukrainian government and incite ethnic hatred in the region. The first swallow of the Kremlin's propaganda on the topic of Kyiv's destruction of the Bulgarian national minority in Ukraine is a material entitled "Liquidation of New Bulgaria. Will Ukraine take away the right granted by the Russian tsars ", published on the day of the resolution of the Bulgarian Parliament on the Russian propaganda site Ukraina.ru.

The Ukrainian Foreign Ministry explained to them quite clearly that the Bulgarian deputies had obviously overdid their role in the fate of their compatriots in Ukraine. In particular, he issued a statement in which he strongly protested against the adoption of the above resolution and noted that the issue of administrative-territorial organization of Ukraine belongs to the exclusive competence of state authorities of Ukraine, as well as attempts to interfere in its internal affairs. are completely unacceptable. As for the issue of Bolgrad district, the statement said that it will be resolved in accordance with Ukrainian law, taking into account the position of local residents, including large Bulgarian community.

Such a reaction of the Ukrainian Foreign Ministry is timely, correct and at this stage more than sufficient. In the future, if the Bulgarian side continues to try to interfere in the internal affairs of Ukraine, accompanied by blackmail over friendship and its support in the international arena, the Ukrainian side will have every moral right to remind friendly Bulgaria that it is implementing a Russian geoenergy project "Turkish Stream 2, which, like Nord Stream 2, is part of Russia's hybrid aggression against Ukraine and is designed to bypass Ukraine and deprive it of billions of dollars in revenue. hastens to offer Ukraine access to its GTS so that it can receive American and other liquefied natural gas through it… That the Bulgarian Orthodox Church has not yet recognized the Orthodox Church of Ukraine… That both in 2016 and today, Bulgaria strongly opposes strengthening NATO's naval presence in the Black Sea, which would be important for Ukraine in its opposition to Russian aggression…

So instead of blackmailing Ukraine with friendly relations and international support, Bulgarian deputies should better help resolve the above issues in Ukraine's favor. Then they would have, at least, a moral right to inform Ukraine, and clearly not in the form and tone as was done in the recent declaration, about the existence of, in their opinion, problematic issues of bilateral relations.

Georgy Mchedlishvili: “Today's Russia cannot be a companion in principle. Or about Georgia in global processes »