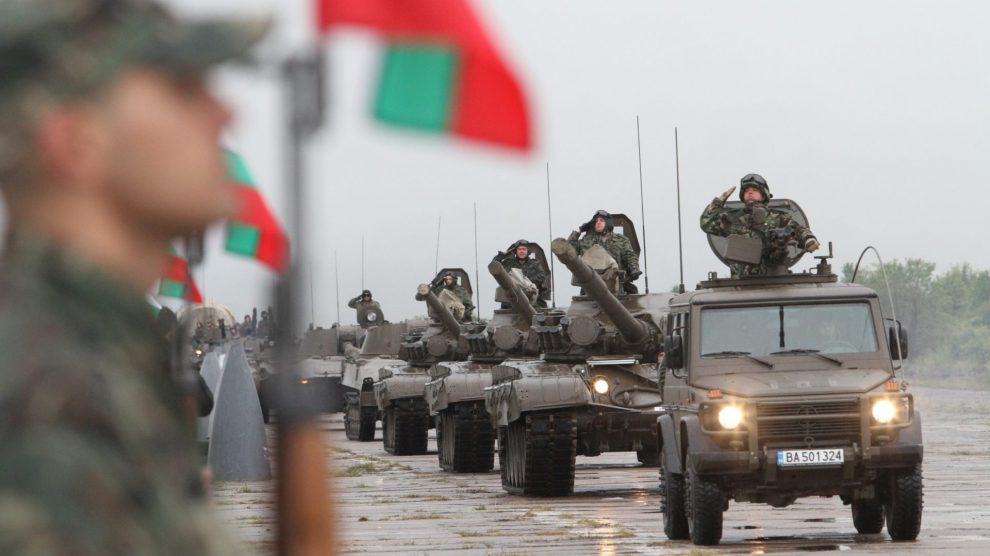 The coronavirus epidemic, which on one hand actually put a pause on the life of the planet, on the other - created favorable conditions for the Kremlin to intensify hybrid aggression against the West. Priority targets for such aggression are traditionally countries with sufficiently strong pro-Russian elements, such as Bulgaria, where pro-Russian elements are trying to disrupt the process of rearming the country's armed forces against the background and under the pretext of combating Covid-19.

To date, the Bulgarian army remains one of the most problematic positions in defense of NATO's eastern flank, due to its long-term limited funding, outdated OVTs and staffing shortages. It has not undergone any major modernization or rearmament over the last thirty years. However, today there is a real opportunity to begin these important processes. A number of ambitious projects have been launched in the armed forces, which should enhance the country's defense capability. These are priority projects for the Bulgarian Armed Forces, such as the purchase of 150 ground armored combat vehicles, 8 F-16 Bock 70 aircraft for the Air Force, and 2 multifunctional Navy patrol vessels.

As for the planes, an agreement on their supply was concluded last year and subsequently Bulgaria transferred the United States about $ 1,25 billion for them.. This year, the Bulgarian Ministry of Defense plans to complete the acquisition of new RMBs and warships, totaling about 1,25 billion euros. An important element of these agreements for the Bulgarian side is the ability to defer payments for up to eight years.

Such a development is a great annoyance for the Kremlin, which still retains strong positions in the country and, through its corrupt practices, tries to prevent the Bulgarian defense from overcoming the crisis to which he has for years lent his hands. The Kremlin has used the spread of the coronavirus epidemic to intensify the activities of pro-Russian elements in Bulgaria aimed at disrupting such an urgent and vital rearmament process for the Bulgarian army.

Thus, in the first half of the month, pro-Russian forces at various levels - in parliament, the expert community, the media - started promoting the idea of ​​suspending (and in some cases canceling) important projects to re-equip the Bulgarian army and direct the funds released from them to combat the violence. virus epidemic and to support the Bulgarian economy.

Opposition to the current government and the largest pro-Russian political force - the Bulgarian Socialist Party, has proposed a plan to combat the epidemic and neutralize the consequences of the economic crisis caused by it, one of which is the freezing of projects for the procurement of BBM and patrol ships.

Another openly pro-Russian party, Volia, which is a partner, occupies the same position as the BSP of the pro-government "United Russia" in Bulgaria. In particular, April 13 Volia submitted a draft decision to the office of the Bulgarian Parliament on the introduction of a moratorium on the completion of the implementation of the above two defense projects. The party is convinced that more than 1 billion euros in military equipment is a luxury that the state cannot afford today, and therefore a moratorium on two defense purchases for the armed forces is more than urgent.

It should be noted that this is no longer the first such proposal from "Will". This is a pro-Russian force was the only one in parliament to oppose the approval of decisions on priority projects for the Bulgarian army to rearmament from the outset. Moreover, Volia insists on the termination of the agreement with the US on aircraft F-16 Block 70 and repayments to the Bulgarian budget of funds paid to the US side. In particular, party leader Veselin Mareshki said in this regard: “It is becoming increasingly clear how correct our position is that we should not rush to purchase aircraft and continue to carry out other such defense expenditures. We call on the government and the parliamentary majority to annul this agreement and refund the money to Bulgarian taxpayers. "

Similar to the above political forces, the position is taken and promoted by representatives of the pro-Russian expert circles of Bulgaria. It is widely believed that in the current difficult situation caused by the coronavirus, the authorities of the poorest EU country should freeze army rearmament projects, and first of all - for the acquisition of BBMs and patrol ships, and the proceeds from them to save Bulgaria from the epic fictitious asymmetric threats. In this case, the information on the cost of the above projects is manipulated and that these funds could be spent on devices for artificial ventilation of the lungs. “How many lung ventilation devices can be purchased from Karakachanov (Bulgarian Minister of Defense - Ed.)? I fully trust the Pentagon's official website, which states that we will receive airplanes after January 31, 2027. Those who need lung ventilation will probably find this information useful, ”said former Bulgarian diplomat and deputy Velar Yenchev, who is currently working on the BSP channel.

On the other hand, pro-Russian experts continue to be criticized by the US agreement on the purchase of F-16 aircraft. The idea is advancing that by purchasing these aircraft, the Bulgarian army becomes completely dependent on the USA in the matter of supplying components and repairing them. Moreover, the United States is called an unreliable partner, since the seizure of a respirator-designated party for Germany (in early April) is evidence that such a situation may also arise with ammunition and parts purchased from US aircraft.

Regarding the reaction of the Bulgarian Defense Ministry to such actions by pro-Russian forces, its leader Krasimir Karakachanov (leader of the VMRO party, a partner of the GERB in the government coalition), stated that he was not ready to accept the suspension or freezing of two major projects on rearmament of the armed forces. implementation. For their part, the Bulgarian General Staff stated that despite the economic situation caused by the coronavirus epidemic, projects on the procurement of BBM and patrol vessels remained a priority for the armed forces.

Supporters of the aforementioned defense projects were actively supported by supporters of deeper Euro-Atlantic integration of the country. Thus, known for its active pro-NATO and anti-Russian position of the NGO Atlantic Council of Bulgaria, it called on the Minister of Defense of Karakachan and the government not to refrain from the modernization of Belarus.

“In times of crisis, there is a true state thinking. Reasonable people "light a fire" without forgetting that after it they will encounter invariable and, alas, more strenuous challenges and risks that will result in them.

Everything else is either populism in the interests of others, or outright political myopia ... More to the point - we see that hybrid attacks from the side of Russia are still ongoing. The Mocqui strategy now lies in maximizing the EU's accession to NATO, using the crisis of crisis. In times, when we attack as pandemics, and even the Kremlin hybrid aggression, our father will need to question - this is our own strengthening of the system,

As can be seen, the Kremlin continues to take measures to undermine its defense capabilities, using the coronavirus epidemic and pro-Russian elements in Bulgaria. The only safeguard to achieve its goal in this case is still NATO and EU membership, as well as a rather active position of the Minister of Defense, which should be regarded not only as a response to the pro-Russian forces, but also as a warning to the government coalition partners, the pro-governmental GERD. The prospect of allocating funds for major rearmament projects that are important to the armed forces depends largely on this. To date, the GERB has not yet considered the possibility of accepting proposals from pro-Russian forces, but this position of the party, in the event of a worsening economic situation in the country, is not ruled out that may change. The only project for which the Bulgarian army can be relatively quiet is the purchase of F-16 aircraft, since the money is already transferred to the US side.

Round Table: Passport Policy as a Tool for the Kremlin's Hybrid Influence on the Post-Soviet Space