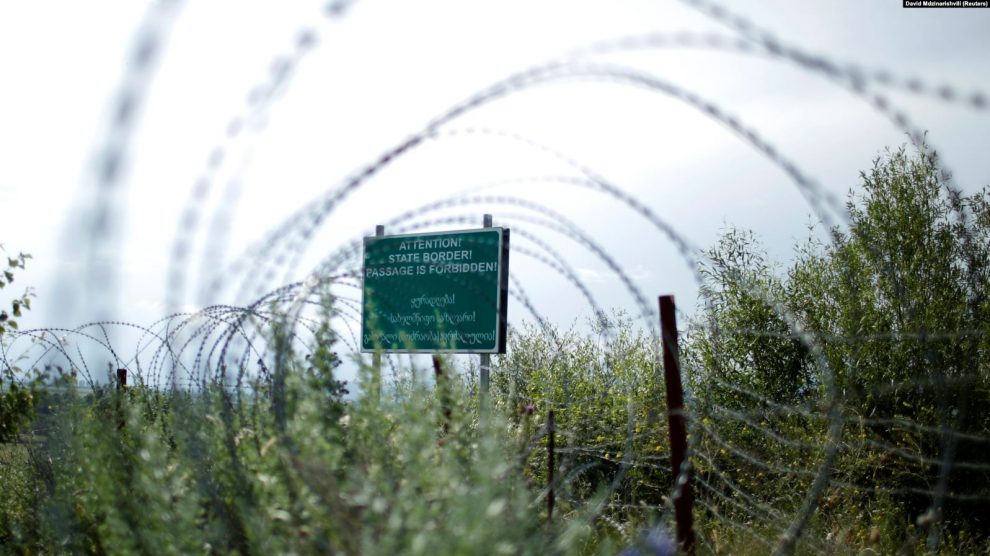 For more than a month, almost everything they write about is being talked about in the media, high offices, social networks and kitchens of ordinary people, due to Covid-19. Indeed, with the effects of the spread of this virus around the world. As neither a virologist nor an epidemiologist, I will certainly not write about the medical aspect of this crisis. But Covid-19 has long gone beyond medicine and health care and turned into a systemic global crisis that will inevitably affect both the economic and political life of virtually all countries.

It is a well-known fact that crisis is not only stress, it is also a great opportunity to get better. Especially when it comes to countries such as Georgia, where the fragility of the system is determined by both internal conflicts and contradictions and a powerful hostile external factor with occupied territories. In times of crisis, it is especially important to assess all the risks involved and try to prepare for them. Of course, it would be nice to do it in advance, but after all, until the thunder goes down, the guy does not cross. So now the thunder has already come.

Let's start with what the occupied territories of Georgia are today. In fact, Abkhazia and the Tskhinvali region (the so-called South Ossetia) were occupied by the Russian Federation as early as the early 1990s. The fig leaf of the peacekeepers, who had been covering up the Russian military up until 2008, was not taken seriously by anyone. Everyone who was at least a little interested in the history of the issue knew perfectly well that the then treaty on the status of peacekeeping forces, then Georgia's head Edward Shevardnadze, had to sign under threat of continued armed aggression and Georgia's division into five parts.

Moreover, Georgia would necessarily have been dismembered if it were not for the international authority of Shevardnadze, who, just a few years before these events, as the Minister of Foreign Affairs of the USSR, was considered one of the main architects of new thinking in international relations. And the status of peacekeepers for Russian troops was a political price that the Georgian authorities had to pay.

In the nineties and early zero, the two conflict regions of Georgia differed markedly from each other. If in the Tskhinvali region there was a traditional ethnic band for these places, the Abkhazian separatists severely cleaned practically the entire territory of Abkhazia from the Georgian population by conducting ethnic cleansing. Those who failed to escape were simply killed.

The authorities of the so-called South Ossetia “finally resolved the Georgian issue” in August 2008, when they simply burned down all Georgian villages in the entire region except the remote Akhalgorsk district, where the vast majority of the population was ethnic Georgians.

In the late 1990s, the Georgian population was "allowed" to return to the Gali district of Abkhazia, where they also constitute the majority. As a result, the de facto authorities in the occupied territories have created such food pyramids, at the highest levels of which is the elite of collaborators, and at the lowest - deprived of all civil rights Georgian population.

In fairness, it should be noted that in many of these situations, the policy of the Georgian authorities, which constantly put residents of the occupied territories who are not citizens of Georgia, in a privileged position, has contributed greatly. The privileged - even before the Georgian population of the Gali and Akhalgor districts, not to mention forcibly displaced persons (in simple terms - refugees) who fled from their homes under the fear of physical destruction.

This has been going on for decades - under the talks about "Georgian fascists" on their part, and "brothers" - on ours.

But there was a pandemic. The occupied territories are those gray areas that are not subject to the jurisdiction of the Georgian authorities, and thus no action taken by Georgia can assist those territories. And the main problem is the health care system in the occupied territories, to put it mildly, it does not differ to high standards, and in the Gali and Akhalgorsk districts it is simply catastrophic.

That is, the inhabitants of these areas have once again been threatened with physical destruction, this time an epidemic. We are talking about forty thousand in the Gali district and about four thousand in the Akhalgor district.

These people are farming, and under peaceful conditions, no one will cut the chicken that lays the golden eggs, that is, the income-holding power of those who hold. Another thing is in the epidemic. Guess who will be the most vulnerable group in the occupied territories is easy.

At the time when these lines were written, those already infected in the Gali district were placed in a clinic in Zugdidi. The Georgian government has announced plans to deploy a field hospital in the Samegrelo region, just outside the occupation line. Whether these measures will help in case of uncontrolled spread of the virus - I do not want to appear too pessimistic - but it is unlikely. So hope here is only for the higher powers, God grant - it will carry. What will happen if I do not carry, I will not write. What is the point in apocalyptic paintings.

Another question is - what happens if it still carries? Will everyone leave as it was? It is important to understand that this is not the last crisis, and if you do not take action now, the next time - it doesn't matter what it will be - an earthquake, a flood, another pandemic, or something else - it will not carry over exactly.

Let's start with the obvious - protecting the life and safety of its citizens is the main task of any state, and Georgia cannot be an exception.

Most of the residents of the Gali and Akhalghor districts are Georgian citizens, so it is obvious that the Georgian authorities are directly responsible for ensuring their safety. Today, the Georgian population of the occupied territories is the most vulnerable part of the population of Georgia. Naturally, under the conditions of occupation, the Georgian authorities are unable to fully protect their lives and safety. This is a simple conclusion - it is necessary to implement a program of evacuation and social rehabilitation of all who wish to leave the occupied territories.

Often put forward the thesis that, say, the departure of the population will mean a permanent loss of territories, devoid of common sense. Moreover, Georgia will never abandon Abkhazia and the Tskhinvali region at all because of the principle of territorial integrity. This principle is as important as all other principles of international law, but it is by no means the main reason. Georgia will not give up the occupied regions, first of all, because such a refusal will be a refusal to protect the basic rights of its citizens, who have lost their homes and have been refugees in their own country for the third decade. To leave hostages in the occupied territories is essentially a hostage, based on the false promise of being able to preserve the territory, at least immoral to its own citizens.

I anticipate objections that, they say, not everyone will want to leave. It is quite possible, but first, it all depends on the quality of the offer. If the inhabitants of the occupied territories are offered to "starve safely", they are unlikely to agree and can be understood.

And second: even if the majority refuses, the Georgian authorities must be prepared to accept them in the event of a crisis like today. Otherwise, we will once again be in danger of catastrophe. It is clear that this will require financial resources. But, perhaps, it makes sense to revise the programs of “brotherly assistance to the lost” and to channel funds for ensuring the safety of our citizens.

The next moment. It is well known that every crime has its name, surname and position. Just as there are those responsible for this situation. And the responsibility for everything that will happen in the occupied territories rests entirely with the authorities of the Russian Federation.

However, this is not easy to understand. During a state of emergency, the Georgian government briefs daily. And at this briefing, the Foreign Minister speaks daily. The topic of the Minister's speech is the problem of returning our citizens from abroad. Undoubtedly, the topic is important and necessary. However, why the threat of life and safety of our citizens from the occupied territories was never mentioned in the speech of the Foreign Minister or the Prime Minister, is an open question.

In turn, collaborators are constantly claiming the threat of a terrible coronavirus by Georgia. But apparently our authorities do not know about it or prefer not to notice it. Meanwhile, the issue is fundamentally important - gray areas, such as the occupied territories, pose a threat not only to Georgia.

And last. As mentioned above, a pandemic is not the only threat that can lead to a crisis. Moreover, most likely, this is by no means the most terrible threat. Even if the pandemic returns, we will be ready for it anyway. At least psychologically, though of course it would be desirable and practical. But the threat of recurrence of Russian aggression is far more real than all other threats.

… The main mistake of 2008 was that, despite all the talk about the war, they did not want to believe in the aggression of the Russian Federation until July, that is, until the time when it practically started. Are we ready today? Of course not. Moreover, almost everyone is trying to avoid talking about this topic. And to speak and not it is necessary, it is necessary to calculate the worst-case scenarios and to prepare for them. How? This is already a matter of professionals.

Well, the theme of the coronavirus and the new strange world is inexhaustible, so we will have more to talk about…