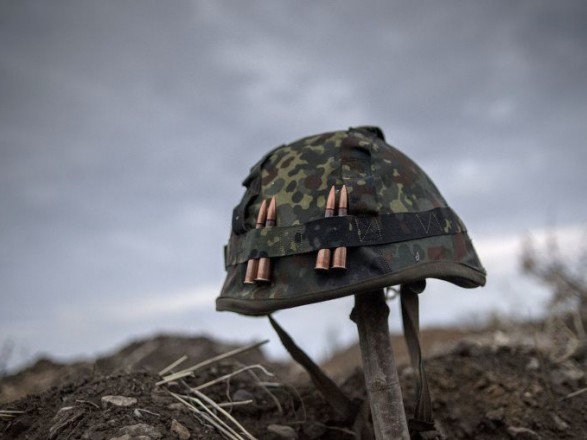 The situation around the negotiation process for the settlement of the Russo-Ukrainian conflict in the Donbass is determined by Russia's aggressive attempts to impose its own logic and scenario for the implementation of the Minsk agreements. This logic consists in the actual "transnationalization" of the conflict through the recognition by Ukraine of puppet administrations of the occupied territories of Donbass by Russia as a party to the conflict, the beginning of direct negotiations between Kiev and the puppet administrations, the consolidation of the status of intermediary by Russia. This, in turn, leads to Russia's avoidance of punishment for committing internationally-recognized aggression against Ukraine and other war crimes in Ukraine.

Formally, Russia substantiates its position with the provisions of the Minsk Agreements. In particular, the decision of TKG of March 11 to establish an Advisory Board with representatives of the ORDLO is based on the text of the “Complex of measures for the implementation of the Minsk Agreements” dated 12.02.2015 (ie, the so-called Minsk-2). Paragraph 9 of the Complex of Measures states that the restoration of full control of the state border of Ukraine should begin on the first day after the local elections and end after a comprehensive political settlement, subject to the implementation of paragraph 11 in consultation and agreement with the representatives of the ORDL within the Tripartite Contact groups.

Meanwhile, the status of the Minsk agreements and the negotiations around them in the legal field of Ukraine is questionable and is based more on political agreements between the representatives of Ukraine with the aggressor country - Russia and the mediators - OSCE, France and Germany, than on the procedures enshrined in the Laws and other regulations, legal acts of Ukraine.

Instead, in accordance with the legislation of Ukraine (Law on Features of State Policy for Ensuring State Sovereignty of Ukraine in Temporarily Occupied Territories in Donetsk and Luhansk Regions of January 18.01.2018, XNUMX), Russia commits aggression against Ukraine and temporarily occupy part of its territory by means of armed formations. The Russian Federation, as well as through the occupation administration of the Russian Federation, which usurped the exercise of power in temporarily occupied territories of Ukraine. This means that, according to the legislation of Ukraine, the recognition or negotiation and consultation of any so-called LDLR or ORDLO authorities is prohibited. All negotiations on the protection of the rights and interests of Ukrainian citizens in the occupied territory, as well as on the cessation of armed aggression, should be conducted exclusively with Russia, as the aggressor country.

At the same time, Ukraine has the unconditional right to independently create any bodies, organizations and structures that are intended to ensure the rights of Ukrainian citizens who reside or have occupied the occupied territory. In particular, Ukraine may independently create an Advisory Board, which may include representatives of Ukraine, representatives of the occupied territories (selected by Ukraine, including temporary displaced persons), as well as representatives of France and Germany. Naturally, the creation of such an Advisory Board by Ukraine should take place without the consent of the aggressor country. This complies with the rules of international law and the requirements of the legislation of Ukraine. At the same time, Ukraine can insist on exactly this format of realization of the idea of ​​creation and functioning of the Advisory Council within the framework of the TCG.

- Eliminate violations of Ukrainian legislation regarding the recognition by Ukraine of any authorities of the so-called "LDNR" or "ORDLO" or direct negotiations and consultations with them.

- To carry out additional analysis of the possible consequences of implementing the algorithms laid down in the Minsk agreements, as well as their compliance with the national interests of Ukraine. Discuss these issues with the involvement of both governmental and non-governmental think tanks and NGOs.

- Consider setting up an Advisory Council with the participation of Ukrainian citizens from the occupied territories (identified by Ukraine without coordination with the aggressor country) for its functioning in the process of settling the Russian-Ukrainian conflict in the Donbas.

- Insist on the inclusion of the Advisory Board, created by the above algorithm, in the work of TCG.

- Consider expanding the functions of the Advisory Council established in this way to comprehensively protect the rights of Ukrainian citizens in the occupied territories.

- Establish a mechanism for continuous information and public consultation on the status of TGG negotiations and other issues related to the settlement of the Russian-Ukrainian conflict.

Public Council at the Ministry of Foreign Affairs of Ukraine

Signatory from the Center for Army Research, Conversion and Disarmament - Mikhail Samus, Member of the Public Council at the Ministry of Foreign Affairs, Deputy Director of the Center for International Affairs.

Valentyn Badrak: "peace at any cost is an unacceptable strategy"