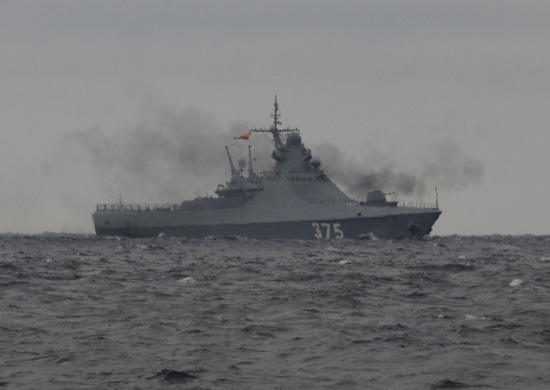 The Kremlin will try to use military tools to strengthen its influence in the region and in the world. And although this strategy will further exacerbate the situation in Russia, Putin and his entourage have almost no other tools and room to maneuver.

Putin's regime makes one mistake after another. The collapse on the gas front at the end of 2019 continued with a hysterical oil demarche against Saudi Arabia and the US, which plunged energy prices and hit the Russian economy. Putrobat's "constitutional nullification" of Putin against the backdrop of coronavirus bravado, misinformation campaigns about "CIA viral laboratories", fake "help" of Italy, and sluggish "victories" created an extremely uncomfortable environment for Putin and his mafia-oligarchic. All these factors signal a deep crisis and the approach of tectonic shifts in the neighboring aggressive neo-empire.

Putin, obviously, now has two basic options: "Repentance" - that is, to offer the West a way out of the crisis, which will provide for the return of Ukraine Crimea and Donbass with payment of appropriate compensation and, as a result - the lifting of sanctions and resumption of full-scale cooperation with the West, which help divert Russia from the worst case scenario; or the "Unconquered" option - that is, the continuation of an aggressive policy against Ukraine, in the region and in the world, to bring about the collapse of NATO, the EU, the weakening of the United States, and the destruction of Western Civilization.

Apparently, the second option is more attractive to Putin and, as a consequence, more likely to be implemented. The way Russia has acted in the gas, oil and dance markets on the "bones of the coronavirus EU" suggests that the Kremlin has already chosen and will end the path of aggression and destruction.

In general, despite the internal processes of "half-life" in Russia itself, the situation in the region and the world is developing favorably for the Kremlin's "aggressive" scenario.

The EU has demonstrated a lack of consolidated visions, tools and actions in the context of a coronavirus pandemic. This is trying to take advantage of Russia, which is taking deliberate steps to weaken the EU and divide it into separate factions. In addition, the Kremlin is trying to use the situation around the coronavirus to lift anti-Russian sanctions.

In turn, NATO has drastically reduced military activity in the Eastern flank. In particular, it is the cancellation of the Defender-Europe-20 exercises and a number of other common combat training activities that have been planned to work out measures to counter Russia's possible aggression in Eastern Europe, as well as to build the Alliance's specific capabilities in this area.

Against this background, the US is trying to optimize its foreign and domestic policies to minimize economic losses from the coronavirus, as the presidential election approaches. Optimization of US foreign policy, including, may involve a reduction in the intensity of US involvement in peripheral conflicts and crises (in particular, in Afghanistan and the Middle East).

All of these global players, who are also the main partners of Eastern European countries in counteracting Russian aggression, have, in fact, focused on their own problems and avoided (and will avoid for a long time) involvement in the resolution of external conflicts and crises, including such as the Russian-Ukrainian conflict in the Donbass and Crimea or the domination of Russia in the Black Sea.

Russia will try to fill this strategic vacuum and strengthen its position in the new world order. The Kremlin's main tool remains the multiplication of conflict and chaos and the demonstration of opportunities to resolve them. In other words, Putin will continue to act as a typical "gopnik" and "trade" problems - first, Russia will create a conflict or crisis and then propose to resolve them. The Kremlin has enough troops, special services, and various GRU and FSB projects like "private military companies" to do this.

That is why Russia continues to conduct military exercises without reducing their intensity in the context of a coronavirus, trying to demonstrate a determination for force action in any region of the world.

For Ukraine, the biggest challenge in 2020 will be the strategic exercises "Caucasus 2020", scheduled for September this year.

According to open sources, the Caucasus 2020 will take place on the southern strategic flank of the Armed Forces of the Russian Federation, including the occupied Crimea and the waters of the Black and Azov Seas. The training will involve troops of the Southern, as well as Western military districts with a total number of 120-200 thousand troops. The main forces that will participate in the exercises - the Black Sea Fleet of the Russian Federation, other Russian occupation troops in the Crimea, the 8th Army (Novocherkassk), including the occupation contingent in the Donbass (1, 2 AK). One of the main objectives of the Caucasus 2020 exercises will be to demonstrate Russian dominance in the Black Sea and the effectiveness of the A2 / AD zone in the Black Sea region, created by Russia.

It is possible that the elements of the Caucasus 2020 scenario will be:

- working out of the operation to create a ground corridor from the territory of Russia to the occupied Crimea;

- conflict with the Ukrainian Navy in the Azov Sea and the Kerch Strait;

- occupation of Fr. Serpent to create new "gates" like the "Crimean Bridge" between Fr. Snake and Ukrainian drilling platforms captured by Russia in 2014 (the distance between Snake Island and seized platforms is about 50 km, which will allow Russia to use Kerch's means of blocking navigation from Ukrainian ports).

- working out the protection of the Russian energy infrastructure in the Black Sea (we are talking about these captured Ukrainian platforms and promising Russian gas fields in the Romanian economic zone of the Black Sea near Snake Island, which Lukoil wants to buy from the US company Exxon Mobil in the Neptun Deep project) .

It is obvious that a pandemic and an avalanche of deterioration in the situation in the Russian Federation may make adjustments to the specifics and scope of future exercises. However, one can be sure that Russia will try to use the Caucasus 2020 to strengthen its own position in the Black Sea against NATO's isolationism under any circumstances.

This will be a major challenge for Ukraine and NATO countries (first of all, Romania) in the Black Sea. Unfortunately, both Ukraine and Romania have limited naval capabilities to counteract Russia and the Black Sea. Similarly, in the face of "isolation" and a significant restriction on military activity, NATO will not be able to realistically confront Russia. NATO's "passive deterrence" tactics in Russia in the Black Sea are likely to remain the Alliance's main tool, but unfortunately the impact of these actions will be minimal.

The only way out of the situation can be a proactive position of Ukraine, which can consolidate efforts both in the field of rapid replenishment of the Naval Forces by striking offshore platforms (which will reduce Russia's ability to act in the region of Zminyo Island and to block Ukrainian ports) and to strengthen systematic cooperation with Romania in The Black Sea (primarily in the practical cooperation of the naval forces of the two countries), as well as a significant intensification of the course of court cases against Russia for crimes in the Crimea and the Black Sea (including seizure of drilling platforms). With appropriate information support, these steps can create an unfavorable backdrop for the full implementation of the Caucasus 2020 exercise elements by Russia, and will make them refrain from acting too aggressively.

Meanwhile, in order to truly counteract the aggressor in the Black Sea, Ukraine needs to build immediately (as soon as possible, not in the next 5 or 10 years) the new Navy - asymmetric, flexible and effective. And although these words have been heard at different state levels for more than a year, not everyone seems to have understood the simple formula: either with the Navy or without the Black Sea. There is no other way out for Ukraine.