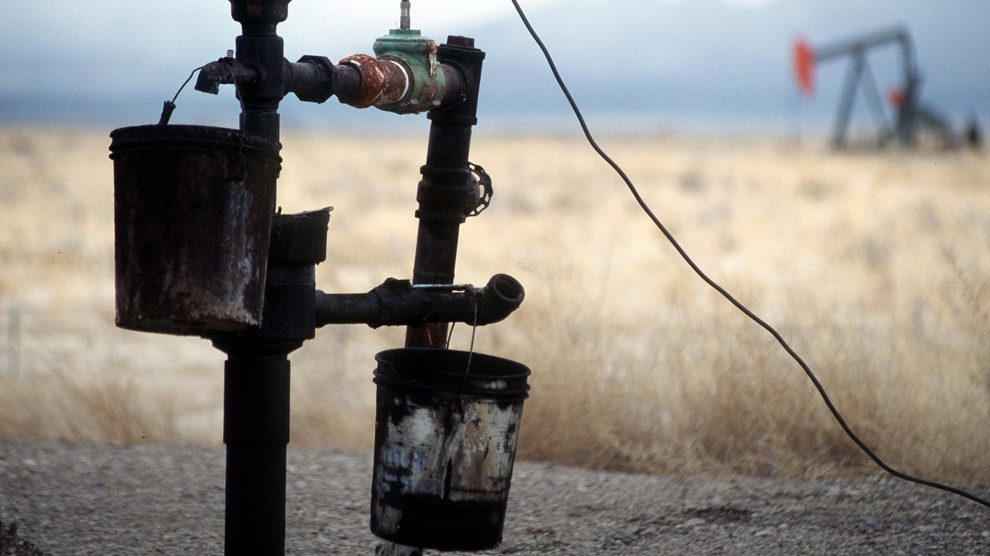 The Coronavirus has certainly had and continues to have a shocking effect on the global economy. But it hit especially hard for the interests of oil and gas exporters, including the Russian Federation. Due to the fall in world stock market indices, the sharp decline in tourism and air travel, as well as the functioning of public transport, a drop in oil prices was to be expected. But it could have progressed gradually and been stretched over time, had it not been for the circumstances surrounding the negotiations between OPEC and Russia.

There was an agreement known as OPEC + between the two parties, according to which the parties gradually reduced oil production. The agreement expired at the end of March and had to be extended. Saudi Arabia has insisted on a significant reduction in production to avoid the already falling oil prices. Indeed, if at the end of 2019 Brent oil was worth $ 68 a barrel, it was already 50 on the eve of negotiations at the end of February. Given the emerging trend of steady decline in oil prices, Saudi Arabia is quite reasonable suggested Russia to cut production by 1.5 million barrels per day. However, the Russian side insisted that the deal should be extended without any significant reduction in oil production. On the eve of the talks, on March 1, Vladimir Putin met with the country's oil workers and reported to them that the current price of $ 50 is fine for Russia. It is not entirely clear, however, whether he made the decision under pressure from Rosneft's head Igor Sechin, as many observers believe, or whether he really believed that current prices could be maintained. Sechin consideredthat the agreement to reduce production with the cartel is harmful to Russia, and shale producers in the US can be ruined if you release oil prices below $ 40 per barrel.

Already on March 4 at the meeting of OPEC + side monitoring committee failed agree on recommendations for further reduction of production. Starting March 5, the market reacted falling Brent futures from $ 50 to $ 34 a barrel. When it finally became clear on March 9 that the parties had failed to reach a compromise and Riyadh decided to aggravate the situation by deciding to increase oil production on April 1, oil prices continued to fall again, and as early as March 27, they were $ 25 a barrel.

If Moscow's goal was to annoy the United States, it succeeded. It is known that the cost of shale oil, which is predominant in the US oil industry, is $ 30 to $ 40 per barrel, and only five US companies producing oil offshore in the Gulf of Mexico, we could survive at a price of at least $ 31. But at world prices below $ 35-40, this industry in the United States ceases to be profitable, which sends it into a "knockdown" - many small and medium-sized US oil companies will just be ruined. This is despite the fact that the oil and gas industry is today 8% of the total GDP of the United States, providing 10.3 million jobs. The collapse of this industry will certainly push the country to recession, the danger of which has increased in recent days and, according to Trump, is already practically begins. At the same time, it should be borne in mind that at favorable world prices, the US oil industry can quickly restore its position by restructuring the portfolios of bankrupt companies. Production facilities, technologies and staff remain the same.

But what does Russia itself gain from falling oil prices other than the purely political dividends achieved through the economic weakening of its geopolitical adversary?

To begin with, the cost of Russian oil is as high as that of US oil. According to IHS Markit Ltd. experts, fulfilled According to Saudi Aramco, the cost of Russian oil is about $ 40 per barrel, and the oil produced at new fields in the Arctic and the Far East is even more expensive, $ 50-55 per barrel. It turns out that selling oil at a price below $ 30, Russia will bear significant losses. In these circumstances, like the US side, Moscow will only be able to keep its oil industry afloat with government appropriations, spending its gold and currency reserves on it. Such reserves in Russia are quite significant so far - 581 billion as of March 13. This amount is sufficient to neutralize the shocks that threaten the Russian economy in the short term.

But the following circumstances must be considered:

First, with current trends, this gold and currency reserve will begin to shrink significantly. In the face of confrontation with the West, sanctions on its part and small foreign direct investment, this is very risky.

Second, the Russia's total foreign debt is comparable in size to its gold and foreign exchange stock - as of October 1, 2019 was $ 481,5 billion. These are mainly the debts of Russian companies, not of the state, with debts on short-term loans, the maturity of which is already close. In the event of a decline in the chances of these companies to settle their debts in due time, the government will have to, as in the case of oil companies, throw a lifebuoy sinking into domestic business debt, spending on it from the same gold and foreign exchange reserves. Then it turns out that these reserves are spent mainly on "patching holes", not on the progressive development of the country's economy. This is fraught with another round of economic stagnation.

Third, in his emergency appeal to the Russians because of the pandemic situation Vladimir Putin presented business and community support package. It is planned to finance them by means of a new tax on deposits and cancellation of tax rebates on dividends. Most of the support measures he promised to small and medium-sized businesses, offering twice, from 30 to 15%, to reduce their rate of insurance premiums on salaries above the minimum wage. But this ricochet hits insurance contributions to the Pension Fund, the Mandatory Health Insurance Fund and the Social Insurance Fund. These losses will have to be offset by the federal budget. The package also proposes other measures that will significantly increase the burden on the country's budget and its gold and currency reserves.

Fourth, Although the Russian economy is little integrated into the world economy, global economic crises have a negative impact on Russia as well. Thus, the global economic crisis of 2008-2009 hit the Russian economy painfully, despite the fact that at that moment Russia also had significant gold and currency reserves and world oil prices were even higher, in the range of 76-100 dollars per barrel. Recall: then, in November 2008, the stock market of Russia lost about 2/3 of its value. So, by digging the pit of the American oil industry, Moscow is cutting down the bitch on which it sits, contributing to the onset of the global economic crisis, and in turn, to accelerate the crisis in its own economy.

Finally, in the fifth place, for these reasons, we will have to abandon those national development projects, which the Russian leadership accepted in 2018 for the period 2019 - 2024 in three directions: "Human capital", "Comfortable environment for life" and "Economic growth". If we talk about the key project, "Economic growth", the situation before that came down to good wishes, which is indicated by the growth of the economy in 2019 by only 1% per year. And now, when the country's financial reserves go to pay off the current shocks, no serious chances of stimulating economic growth can be discussed.

This means that despite the aforementioned package of emergency measures, it is not expected that the living standards of the population will increase. It is possible to speak even about its possible fall, which can happen both in the form of reduction of real incomes of the population, and indirectly, say by means of the further increase of retirement age. And this against the background of what has already happened declines real incomes in 2014 - 2017 and stagnation on this indicator in 2018 - 2019. To this should be added that after March 5, as a result of falling oil prices, the ruble lost 18% of its purchasing power, falling from 66 to 78 rubles against the US dollar (as of March 20). If this trend continues, the population will have to tighten their belts once again.

As a result, President Putin's popularity rating will continue to fall. So, as of the beginning of 2020 this rating was 35%, down 2017 times compared to November XNUMX. It is noteworthy that since the end of last year, its ratings stopped to be published.

Under these circumstances, Putin's regime is in dire need of measures to retain its legitimacy, and this is only feasible in the case of a social contract, "economic prosperity in exchange for political freedoms." But given the above factors, it is unlikely that economic growth will be possible under the present circumstances. The existing gold and currency reserves may be estimated by a couple of years, only to offset current shocks related to the unfavorable economic situation around the world and ongoing sanctions.

M.Samus: Achieving peace with Russia by the end of this year is unlikely